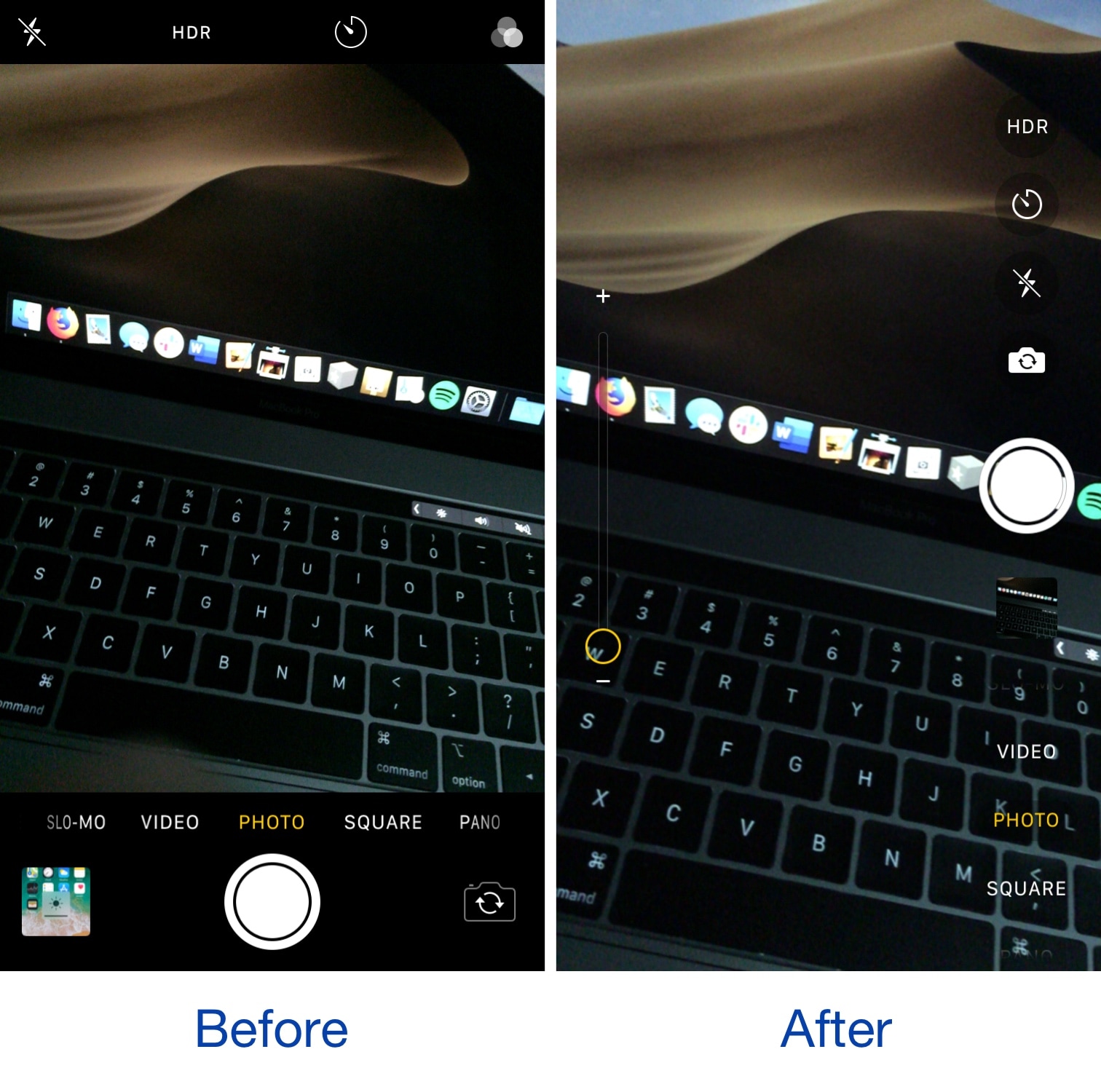 Apple’s smartphones tend to be top-notch in terms of mobile photography, but if there’s one thing I can’t stand about the iPhone’s native Camera app, it would have to be its black and boxy appearance, which in my opinion, feels particularly constraining.

If you’re interested in upgrading the appearance of your iPhone’s native Camera app, then you just might enjoy a newly released and free jailbreak tweak dubbed smoothCamera by iOS developer CydiaGeek.

As shown in the before and after screenshot examples above, smoothCamera gives your iPhone a more iPad-like Camera app interface with vertical controls along the right-hand side of the app, but what’s more is that it does away with the black interface and makes the entirety of the display your camera’s viewfinder.

Little things like the zoom bar on the left side of the interface and thumb-centric buttons on the right stand out to me. Out of the box, it feels like a significant upgrade to the usability of the app in addition to the visibility of anything you point your camera at.

If you’re interested in giving smoothCamera a try, then you can download it for free from CydiaGeek’s beta repository in Cydia or Sileo. The tweak supports all jailbroken iOS 11 and 12 devices.

Do you like what smoothCamera does with the iPhone’s native Camera app? Let us know in the comments section below.