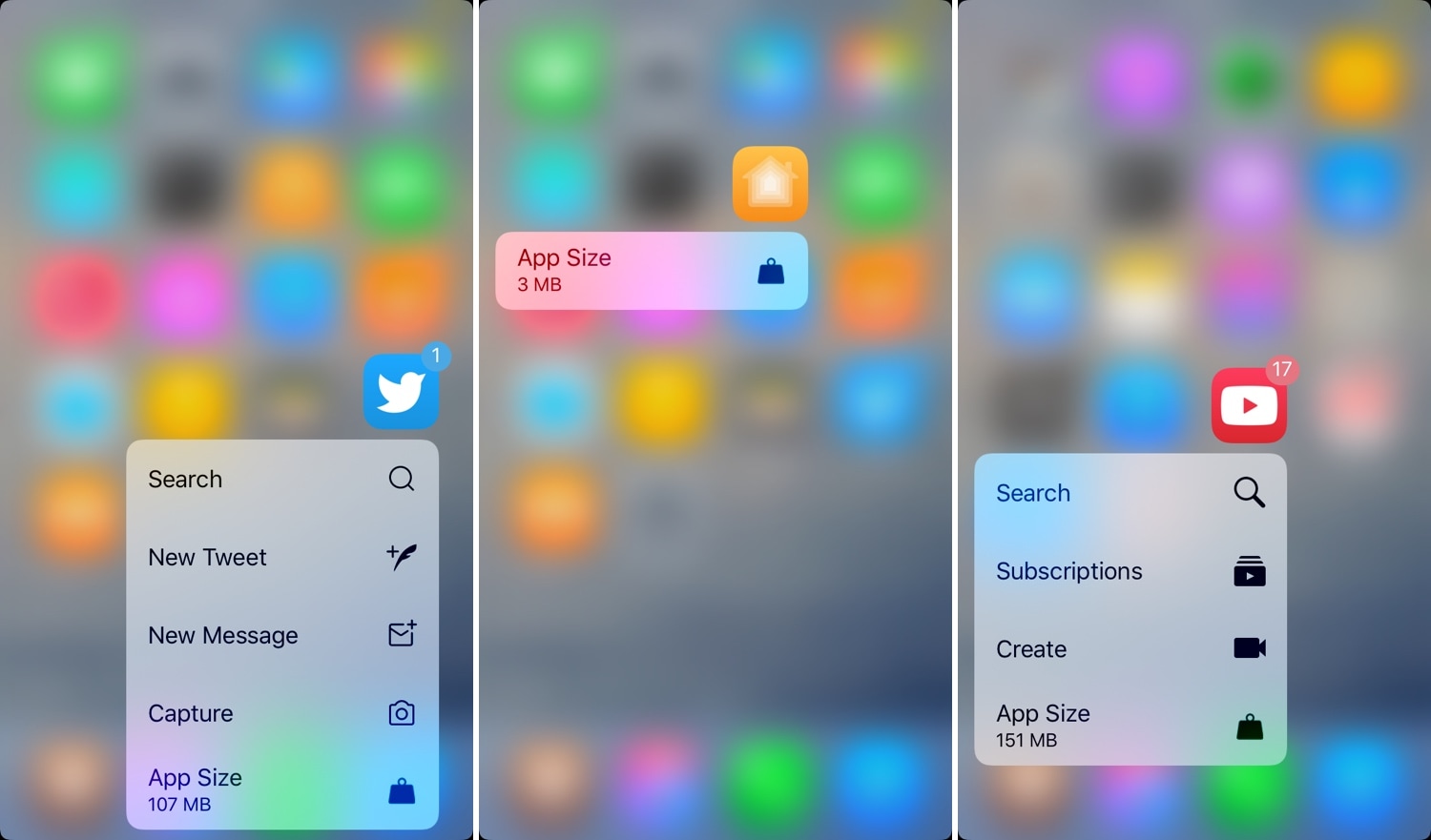 You can determine the amount of storage space that any of your iPhone’s apps are occupying by visiting General > iPhone Storage in the Settings app. Fortunately for those with jailbreaks, there’s an easier way.

Enter Taille, a newly released and free jailbreak tweak by iOS developer MTAC that permits users to ascertain the storage occupancy of any installed app by using a simple 3D Touch (or Haptic Touch where applicable) gesture on its respective Home screen icon.

As shown in the screenshot examples above, Taille displays an app’s storage space usage near the bottom of the 3D Touch menu. In apps that lack other options, the storage space will appear as the only option.

While Apple appears to be much more generous with storage space in its iPhones and iPads today than it was several years ago, it still never hurts to have the ability to see what apps are using the most space on your device. This is especially the case if you’re still rocking one of those older 16GB or 32GB handsets that seem to fill up rather quickly.

As you might come to expect, a jailbreak tweak as simple as Taille doesn’t come with any options to configure, and honestly, it doesn’t need any. If you’re interested in trying Taille out for yourself, then you can download it for free from the Packix repository in Cydia or Sileo.

Taille supports jailbroken iOS 10, 11, and 12 devices with 3D Touch or Haptic Touch capabilities. Even if your handset doesn’t have access to the 3D Touch menu, you can always use a tweak that ports these 3D Touch features to any device to gain access to Taille.

Also see: Storage3D lets you see your iPhone’s remaining storage space with a 3D Touch gesture on the Settings app

Do you like the concept behind Taille? Discuss in the comments section below.