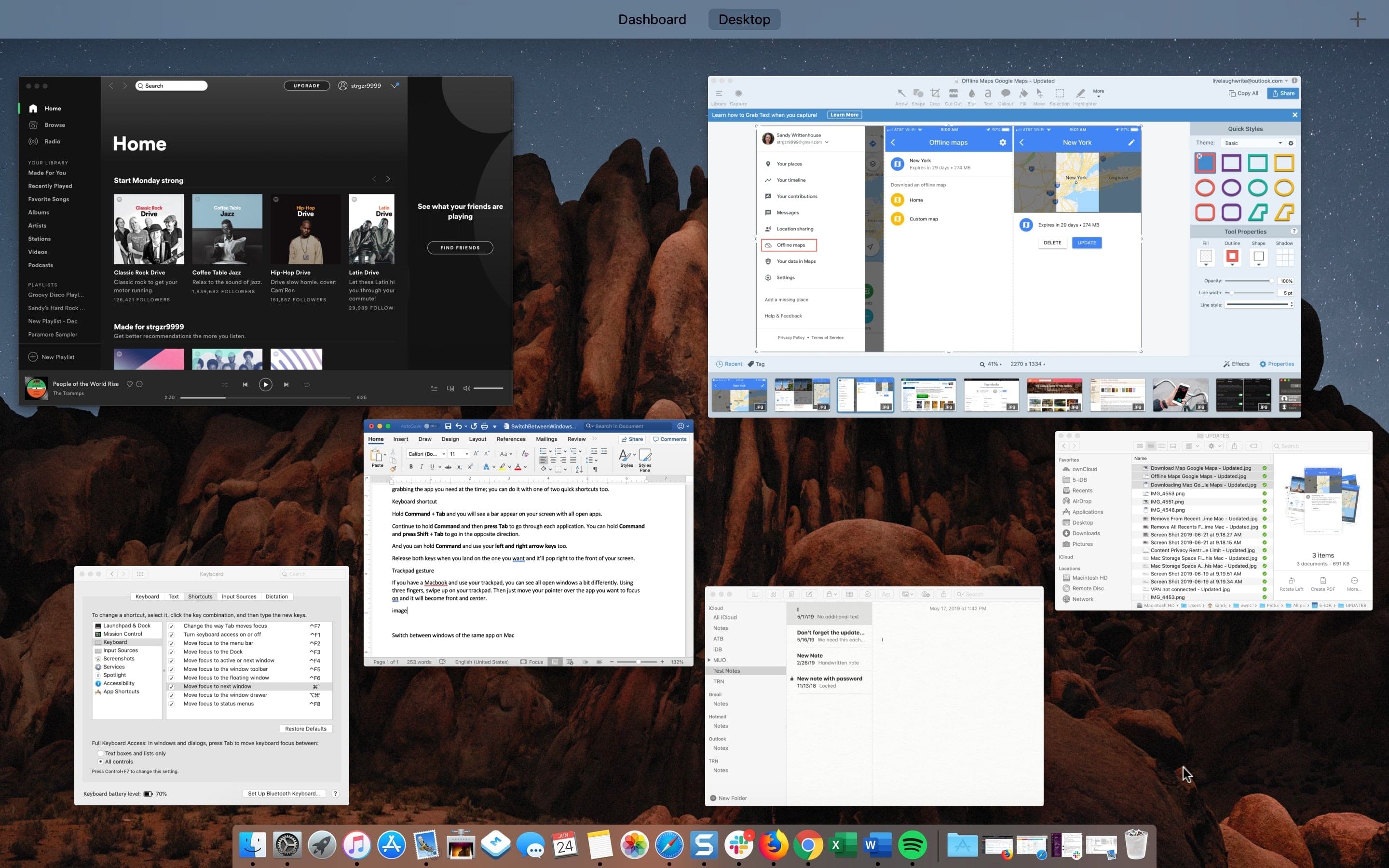 When you’re working on your Mac, the simplest shortcuts can help you do things faster and easier. Whether it’s gestures or keyboard shortcuts, there are plenty of ways to navigate your Mac and your apps. So, for more to add to your list of shortcuts, here’s how to quickly switch between windows and apps on Mac.

Switch between application windows on Mac

You likely have more than one app open at a time on your Mac. And while the Dock is handy for grabbing the app you need at the time; you can do it with one of two quick shortcuts too.

Hold Command + Tab and you will see a bar appear on your screen with all open apps. 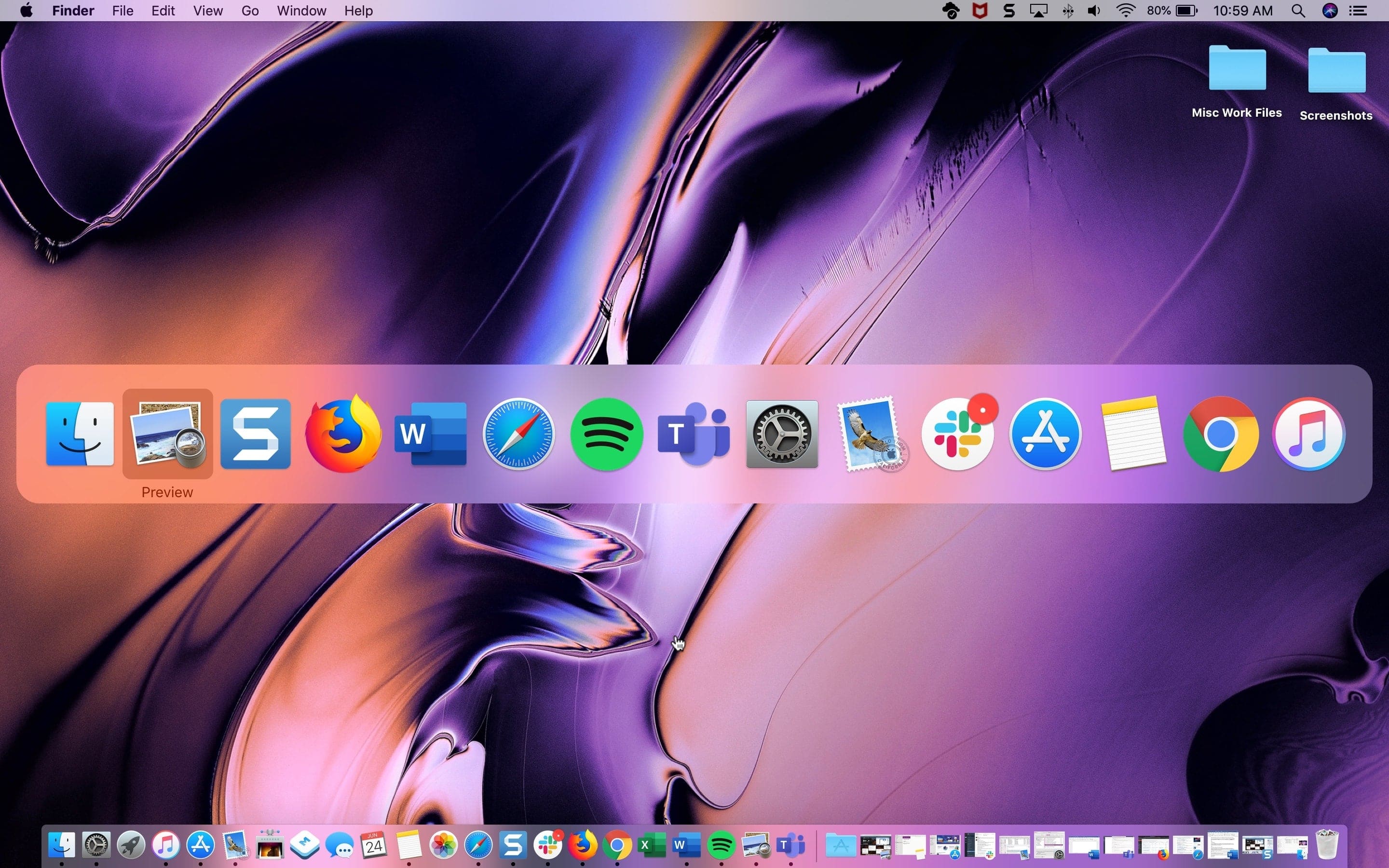 And you can hold Command and use your left and right arrow keys too.

Release both keys when you land on the one you want and it’ll pop right to the front of your screen.

If you’re not fond of the keys being used, you can change them in your keyboard settings. Head to Apple icon > System Preferences > Keyboard from the menu bar. Click Shortcuts and select Keyboard on the left. 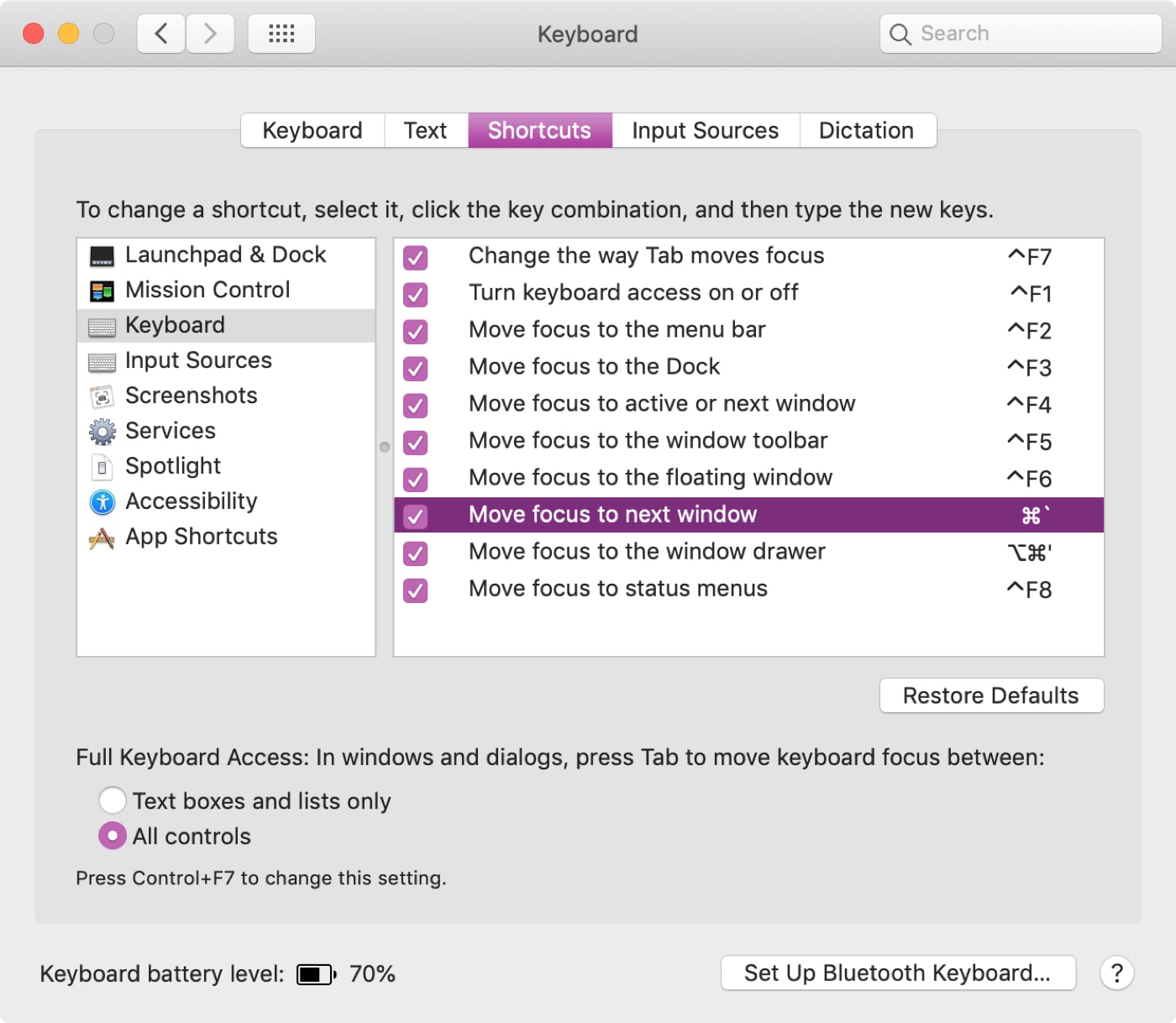 If you have a Macbook and use your trackpad, you can see all open windows a bit differently. Using three fingers, swipe up on your trackpad. Then just move your pointer over the app you want to focus on, click, and it will become front and center.

Switch between windows of the same app on Mac

Along with switching between your open applications on Mac, you might want to switch between windows of the same app. For instance, you may have more than one Word document, Firefox window, or Numbers spreadsheet open at the same time.

Hold Command + ` (tilde key, to the left of 1 on your keyboard) to switch between windows of the same app. 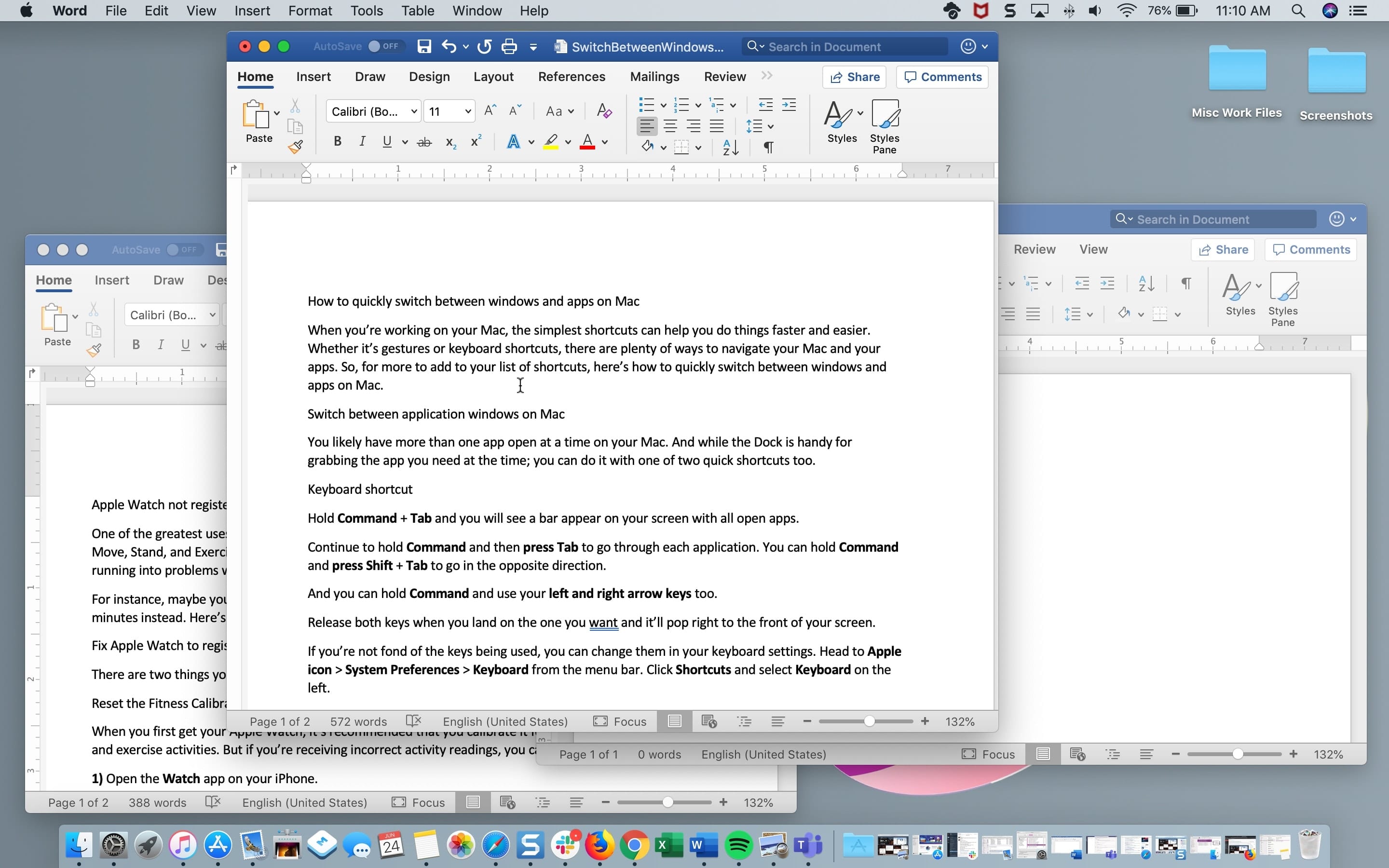 If you hold Command and continue to click the ` key, it will move you through each open window. Just release your keys when you land on the one you want.

You can also use the trackpad gesture described above, just note that you will see all windows for all open applications.

Here are some additional keyboard shortcuts you can use for your Mac in case you missed them.

Shortcuts using your keyboard or trackpad are just plain handy. It can be hard to remember them all, but once you start using certain ones daily, it’ll become such a habit that you won’t even think about it.

What are your favorite shortcuts? Which ones do you find the most useful? Let us know in the comments below or ping us on Twitter!