Over the weekend, Pwn20wnd released unc0ver V1.0.1 to disable the integrated RootFS Restore feature because of a problem that appeared to impact certain handsets running firmware versions between iOS 11.0 and 11.2.6. But as it would seem, the clever hacker found a way to circumvent it.

In a bevy of Tweets shared Monday afternoon, Pwn20wnd denoted how the problem appeared impact handsets with pending OTA updates downloaded on them. Upon discerning the cause of the issue, the hacker responded by releasing unc0ver V1.0.2. 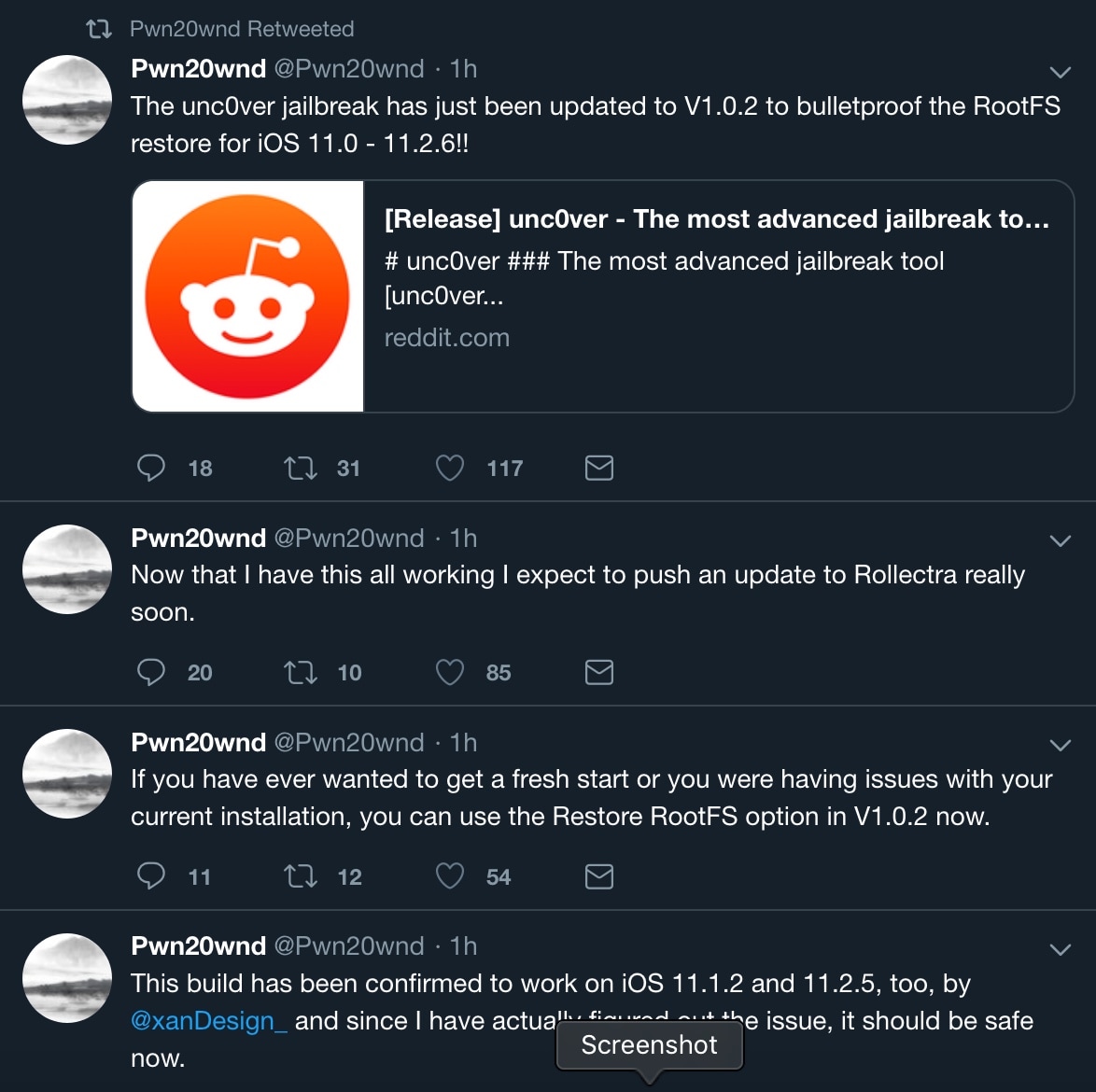 If you experienced any discrepancies with a previous version of the unc0ver jailbreak tool, then you’re now advised to download the latest V1.0.2 release from Pwn20wnd’s official GitHub repository and run it at your earliest convenience.

Now that the RootFS Restore feature in the unc0ver jailbreak app has been ‘bulletproofed,’ you’re free to use it to roll your jailbroken device back to an un-jailbroken state at your discretion.

Has unc0ver V1.0.2 solved all your RootFS Restore problems? Share your experience in the comments section below.