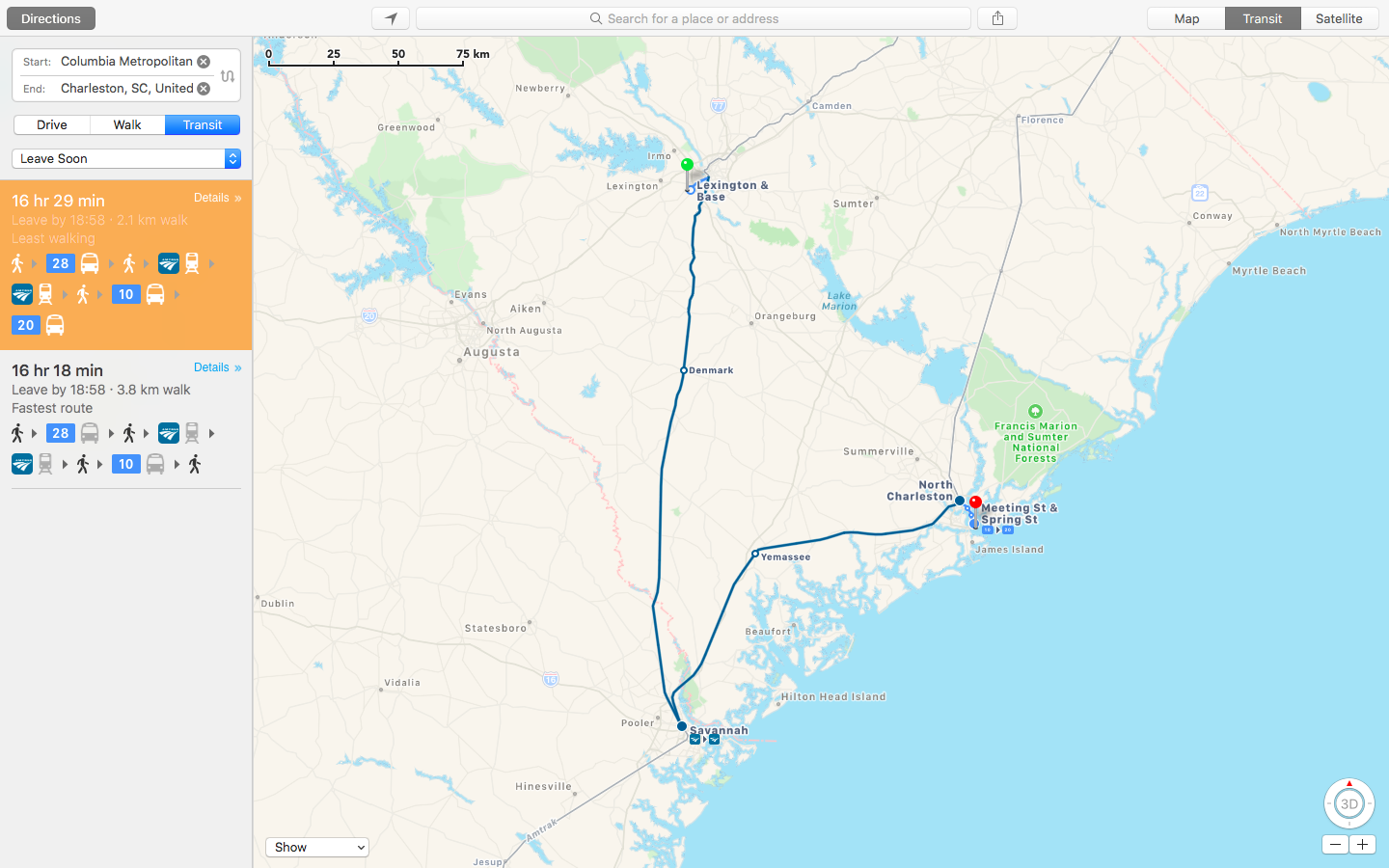 After bringing transit directions to people in Milwaukee and Omaha last month, the iPhone maker is now offering transit data on Apple Maps to the customers who live in the Columbia, Charleston and Greenville metropolitan areas of South Carolina.

The newly added public transportation options include local bus routes, timetables and schedules from CARTA in Charleston, Greenlink Transit in Greenville and The COMET in Columbia.

First added to Apple’s Maps app in 2015, this handy feature makes it easy to plan your route and get from point A to point B using public transportation such as local bus and rail services. The Transit tab is available for supported areas in Apple Maps for iPhone, iPad and Mac.