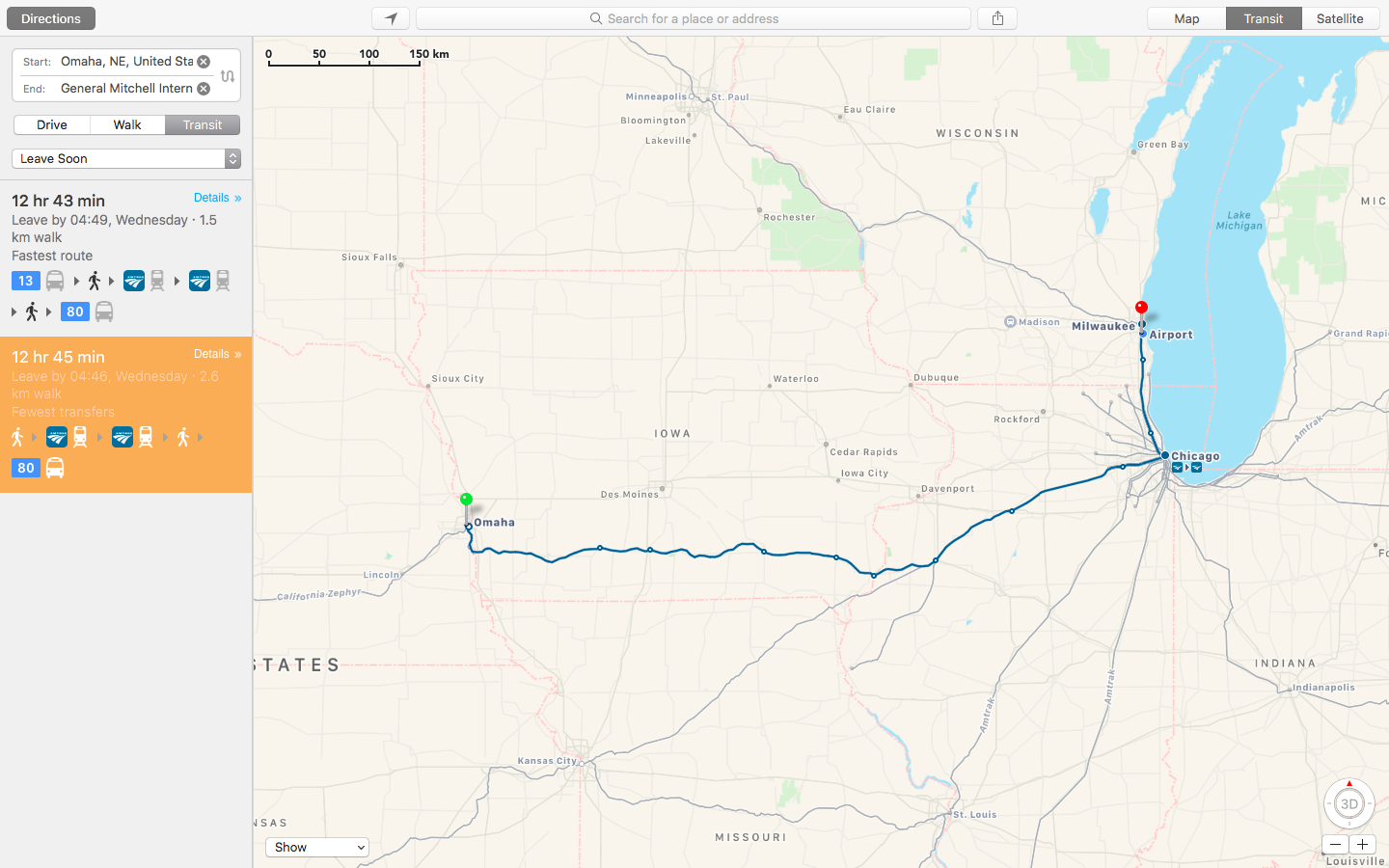 Apple Maps customers in Milwaukee, Wisconsin and Omaha, Nebraska can now use their iPhone, iPad, Mac or Apple Watch to get transit directions with bus lines and more.

Omaha only has bus transit and no subways or light rail.

First added to Apple’s Maps app in 2015, this feature makes it easy to plan your route and get from point A to count B by using public transportation options like bus and rail services.

Apple has been expand this feature to additional areas since its debut.

Ireland is among the latest locations to offer transit directions on Apple Maps, in addition to Taiwan, cities like Paris, Detroit, New Orleans and others recently being supported.

Transit directions are currently available in more than 60 cities globally.

Apple’s iOS Feature Availability webpage was not updated at post time to reflect the inclusion of Milwaukee and Omaha to Apple Maps’ transit directions.

Yesterday, lane guidance expanded to a few countries, including New Zealand, Belgium, Netherlands and Sweden, bringing the number of markets it’s available in to eleven.