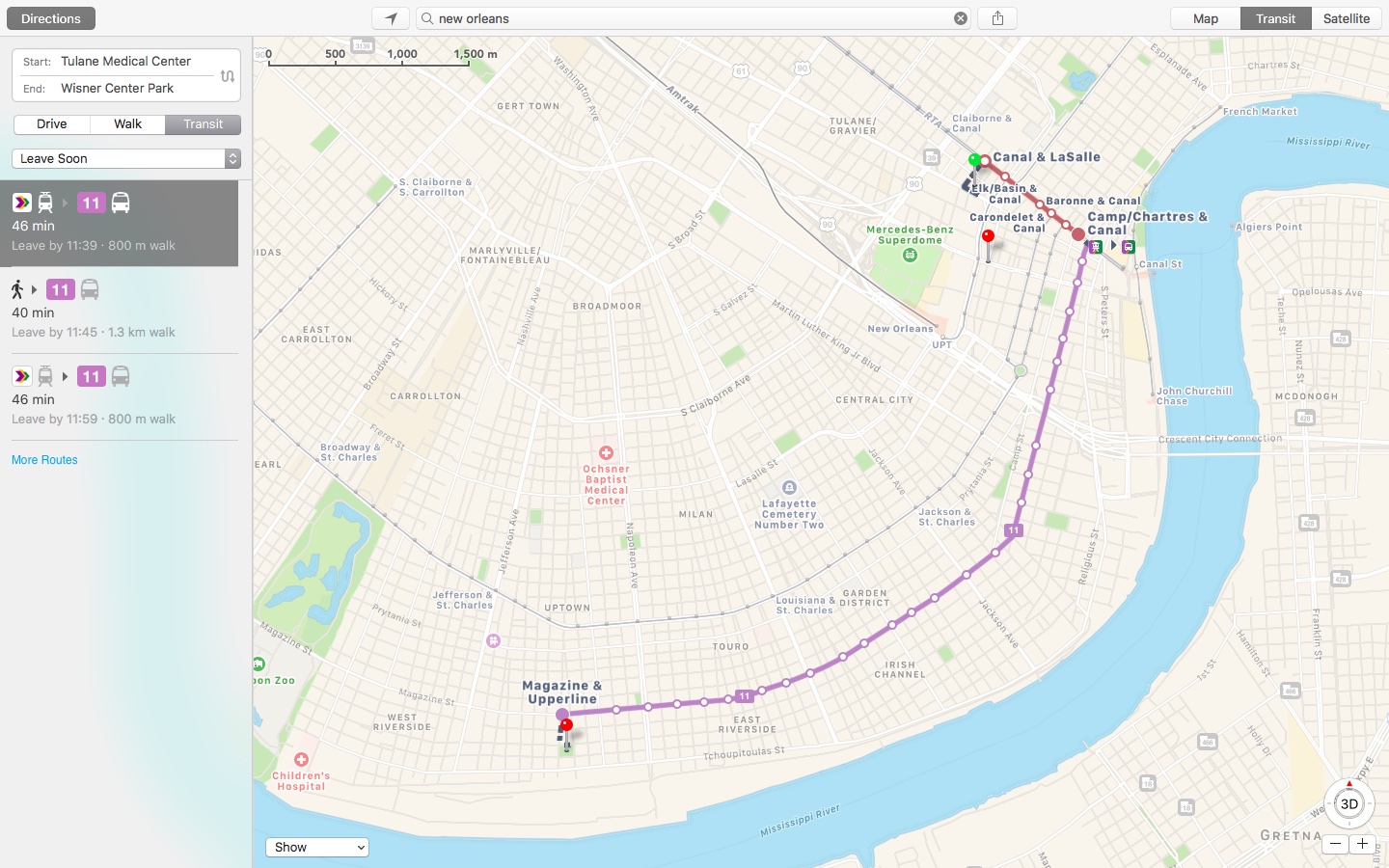 As first noted by MacRumors, Apple’s Maps service has rolled out transit directions in New Orleans ahead of Mardi Gras. With the update, customers who live in the New Orleans, Louisiana metropolitan area can now get directions using public transportation options such as RTA buses and streetcars, Jefferson Transit buses and Amtrak trains and busses. Apple Maps is available on iPhone, iPad, iPod touch, Apple Watch and Mac. Just a week ago, Apple Maps rolled out transit directions for the Houston, Texas metropolitan area ahead of Super Bowl.

Mardi Gras (French for “Fat Tuesday”), also called Shrove Tuesday, refers to the events of the Carnival celebrations that begin on or after the Christian feasts of the Epiphany (Three Kings Day) and culminating on the day before Ash Wednesday.

Aside from other places, Mardi Gras is celebrated in Southern Louisiana with many events like parades and masquerade balls occurring throughout New Orleans and surrounding communities in the final week of the holiday.