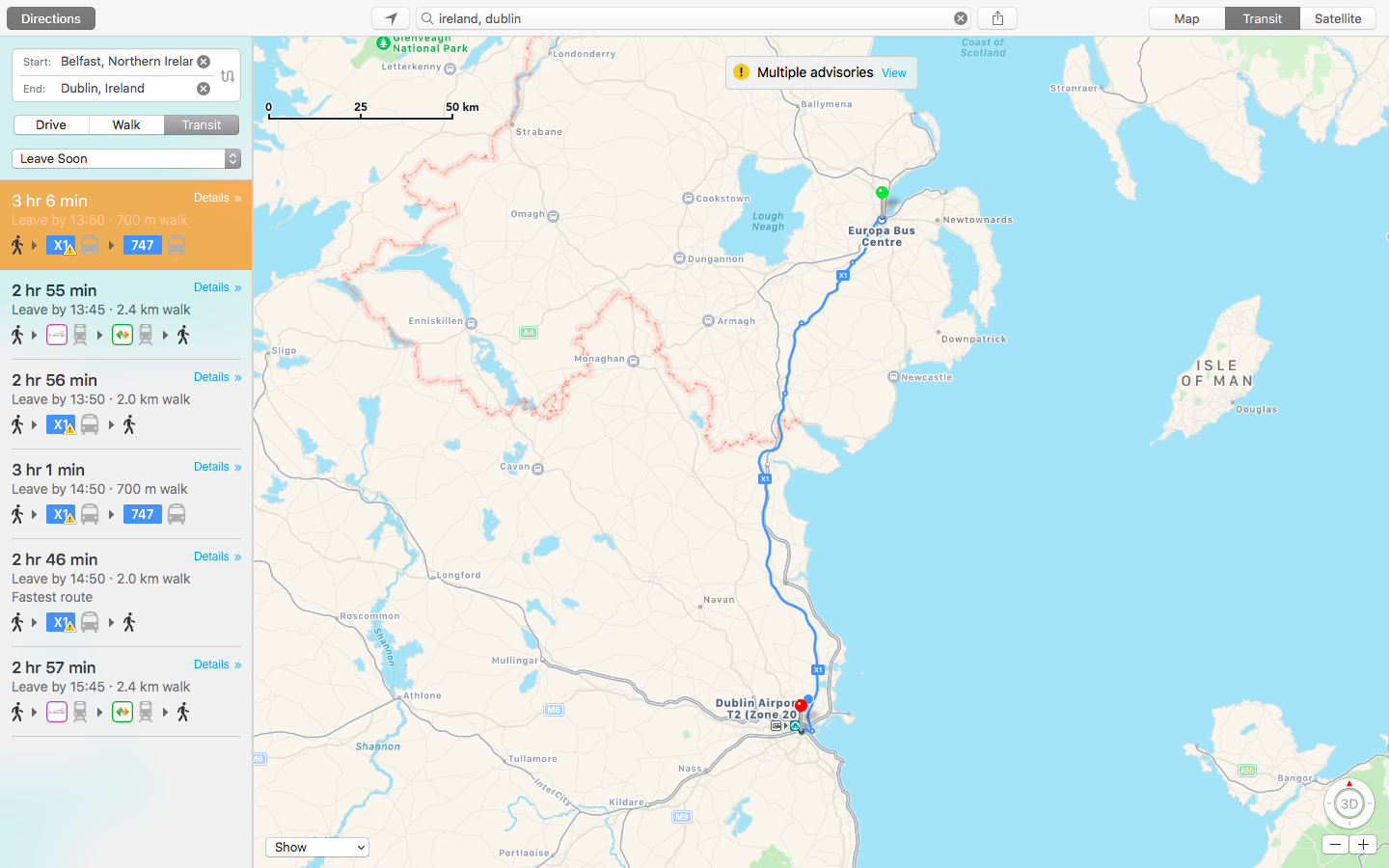 Using Apple Maps, customers can now plan their route to get from one point to another faster by using the country’s public transportation options such as bus and rail services, including the electric rail system called Dublin Area Rapid Transit.

Ireland is the latest in a series of locations now offering transit directions, in addition to Taiwan and cities like Paris, Detroit, New Orleans and others recently being supported.