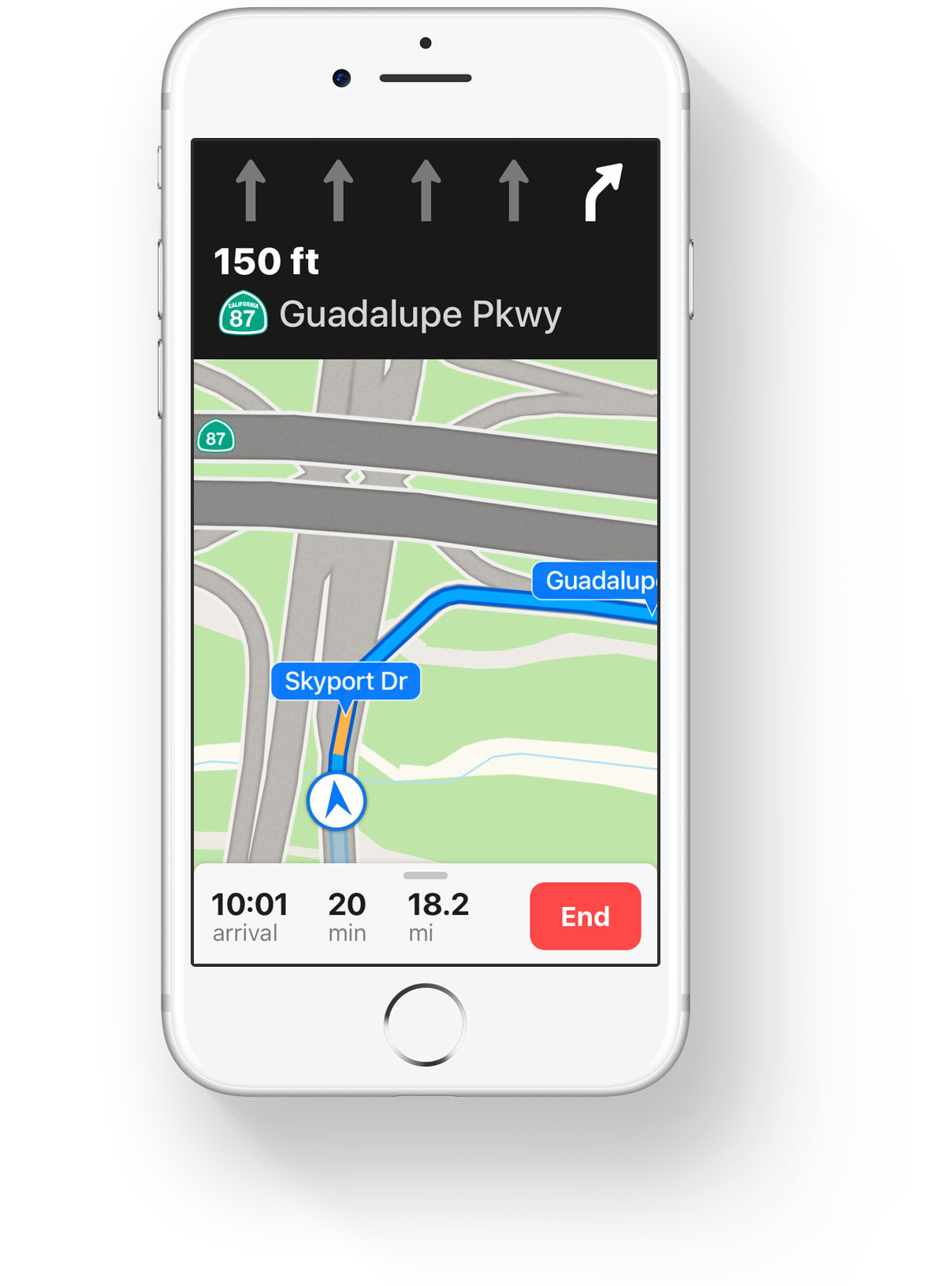 Lane guidance, a new Apple Maps feature in iOS 11 for iPhone, iPad and CarPlay, has expanded to four additional countries following its debut in iOS 11 last fall and subsequent expansion in November 2017 to countries like Australia, Canada, France, Germany and the UK.

As per Apple’s iOS Feature Availability webpage, the feature is now available in these markets:

With lane guidance, a set of directional arrows at the top of the screen in navigation mode indicate which lane your vehicle should be in to exit a freeway, complete a turn, get on the off-ramp and more. Lane guidance also shows you how many lanes there are on a given roadway and highlights the lane you need to be in.

Lane-change guidance is accessible in Apple Maps for iPhone, iPad and CarPlay.

This is an great feature for folks in metropolitan areas, as well as for those who frequently cruise multi-lane highways. Siri also gives you audio lane guidance in navigation mode.