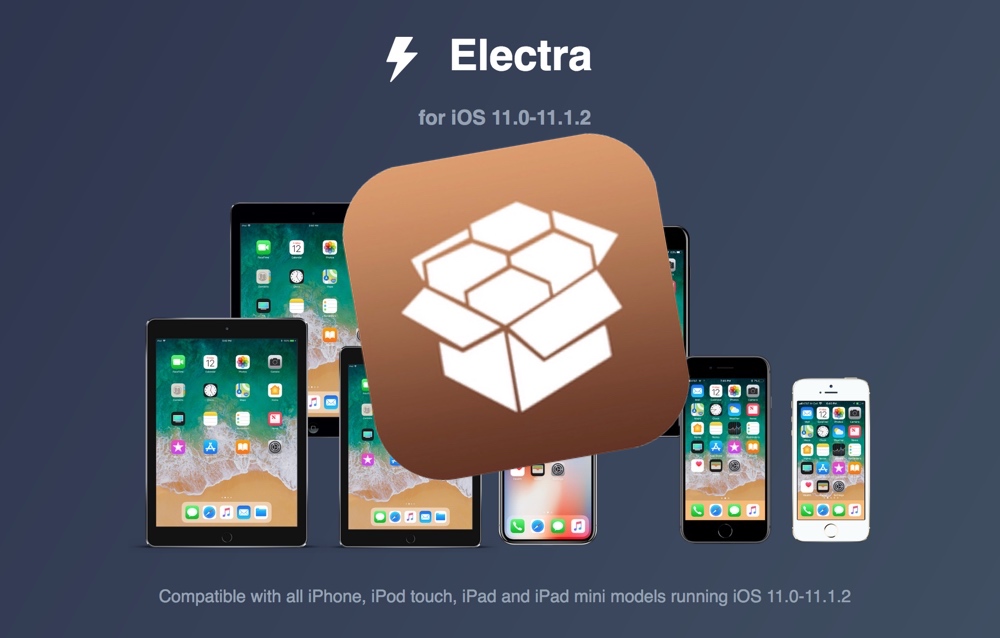 The Electra jailbreak tool has been in beta since it came to fruition in mid-January, but CoolStar changed that this week after seeding a limited developer-only release of Electra RC 1.

On Saturday, he pushed yet another developer-only build dubbed Electra RC 1.3. The revised jailbreak tool adds support for an iOS 11-compatible version of Ryan Petrich’s RocketBootstrap utility, among other things.

Electra RC 1 and RC 1.3 are developer-only releases at this point in time because they each include a patched version of Cydia that works on iOS 11. Several odds and ends still need polishing before it’s entirely ready for the general public, so the limited release gives both developers and repositories ample time to get everything prepared.

Notably, an unnamed jailbreak tweak developer is said to have leaked the original Electra RC to non-developers in the community over the weekend. As if this wasn’t troublesome enough, the leaked build contains unreliable software:

CoolStar advises anyone with interest in jailbreaking iOS 11 with the final release of Electra to steer clear of the leaked build. Running it instead of waiting for CoolStar’s official public version has the potential to damage your device or to make your jailbreak unstable.

In a final set of Tweets shared on Saturday, CoolStar announced his disinterest with iOS and many of Apple’s latest handsets. Consequently, iOS 11 will be the last version of Apple’s mobile operating system that CoolStar releases a jailbreak for – a last hoorah of sorts: 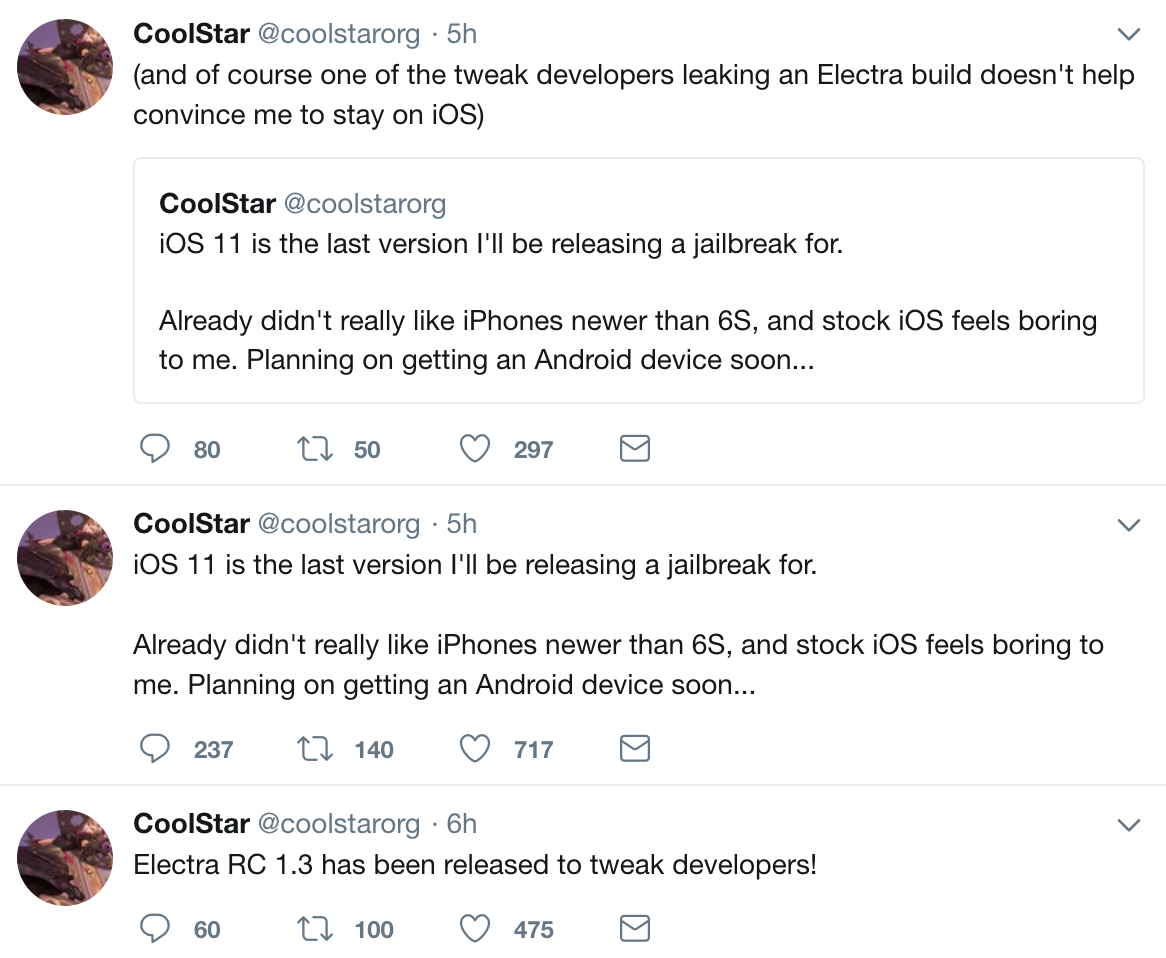 Given the pace at which CoolStar has been flying through things, it shouldn’t be long before everyone gets a chance to jailbreak iOS 11.0-11.1.2 with access to a functioning Cydia app. For those still waiting, patience is a virtue.

Will you use Electra to jailbreak iOS 11.0-11.1.2 once the Cydia-bundled version officially hits the public? Share in the comments below.