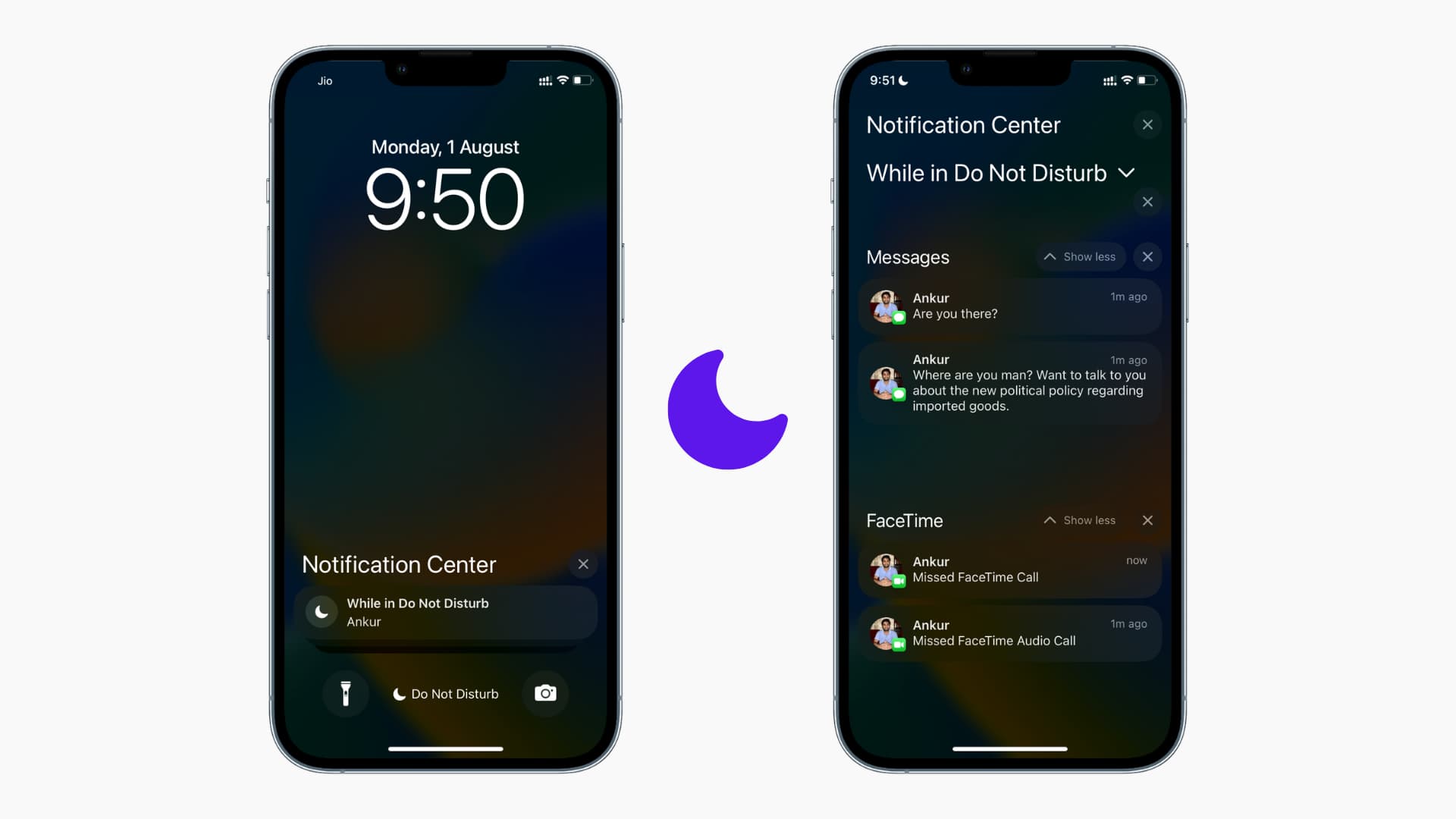 Stop notifications for calls, messages, and apps while using your iPhone

In older versions of iOS, you could go to Settings > Do Not Disturb, and under the Silence section, select Always. This ensured no call or app notifications even when your iPhone is unlocked and you’re using it. 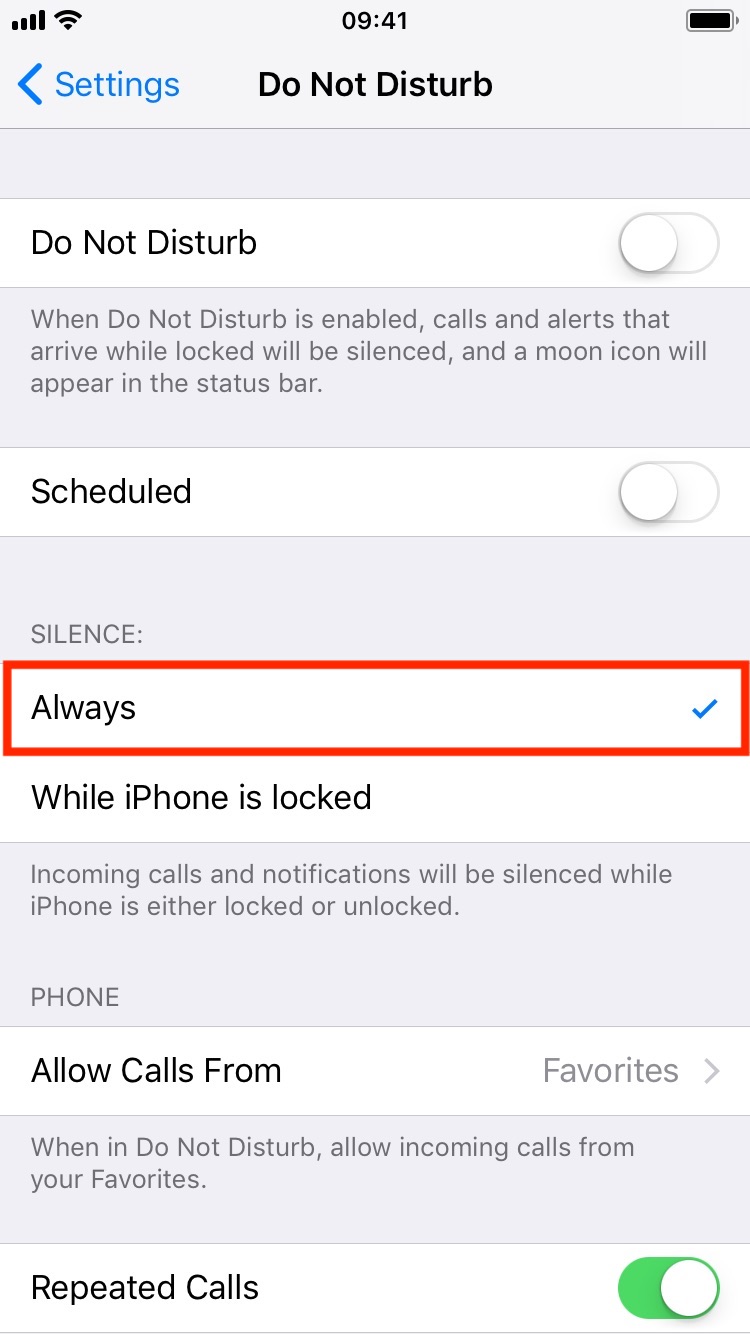 With newer versions of iOS, like iOS 15 and iOS 16, Do Not Disturb is now a part of the broader Focus feature. Plus, the option to always silence calls and notifications or only when iPhone is locked is also gone.

In iOS 16, Do Not Disturb silences calls and app notifications and doesn’t show any banner irrespective of whether the iPhone is locked or unlocked. You will receive no notification banner, sound, or vibration while using your iPhone or not using it. You will, of course, still receive messages and phone calls, but you will not be notified they are coming in any way.

This is the ideal setting if you want to focus on something on your iPhone or iPad and make sure you aren’t being distracted by any notification.

To enable Do Not Disturb on iOS 15 and iOS 16, open the Control Center and tap the crescent moon icon. It will turn purple, signifying DND is on. 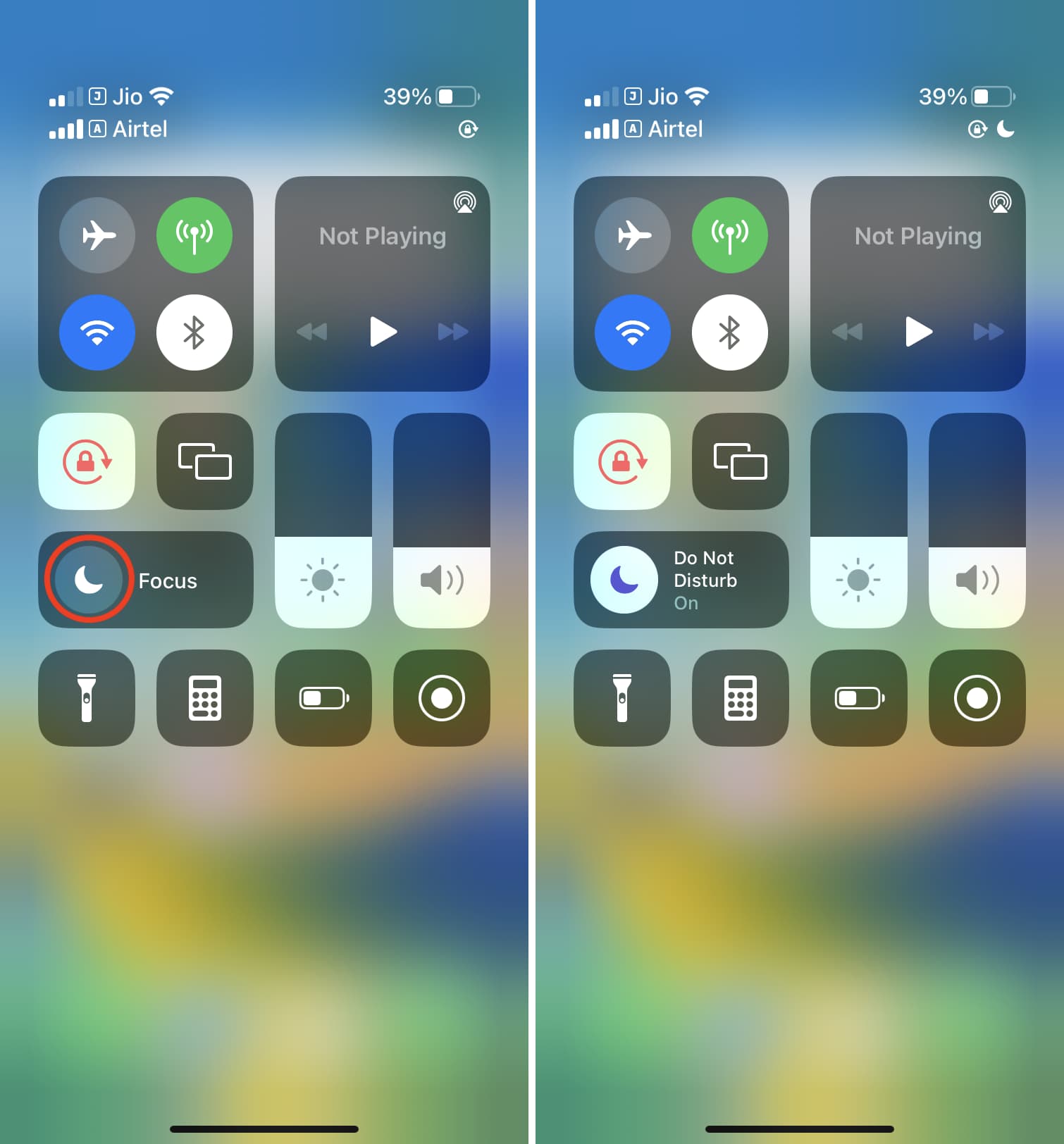 However, there are some important things that need your attention.

To get absolutely no calls on your iPhone: 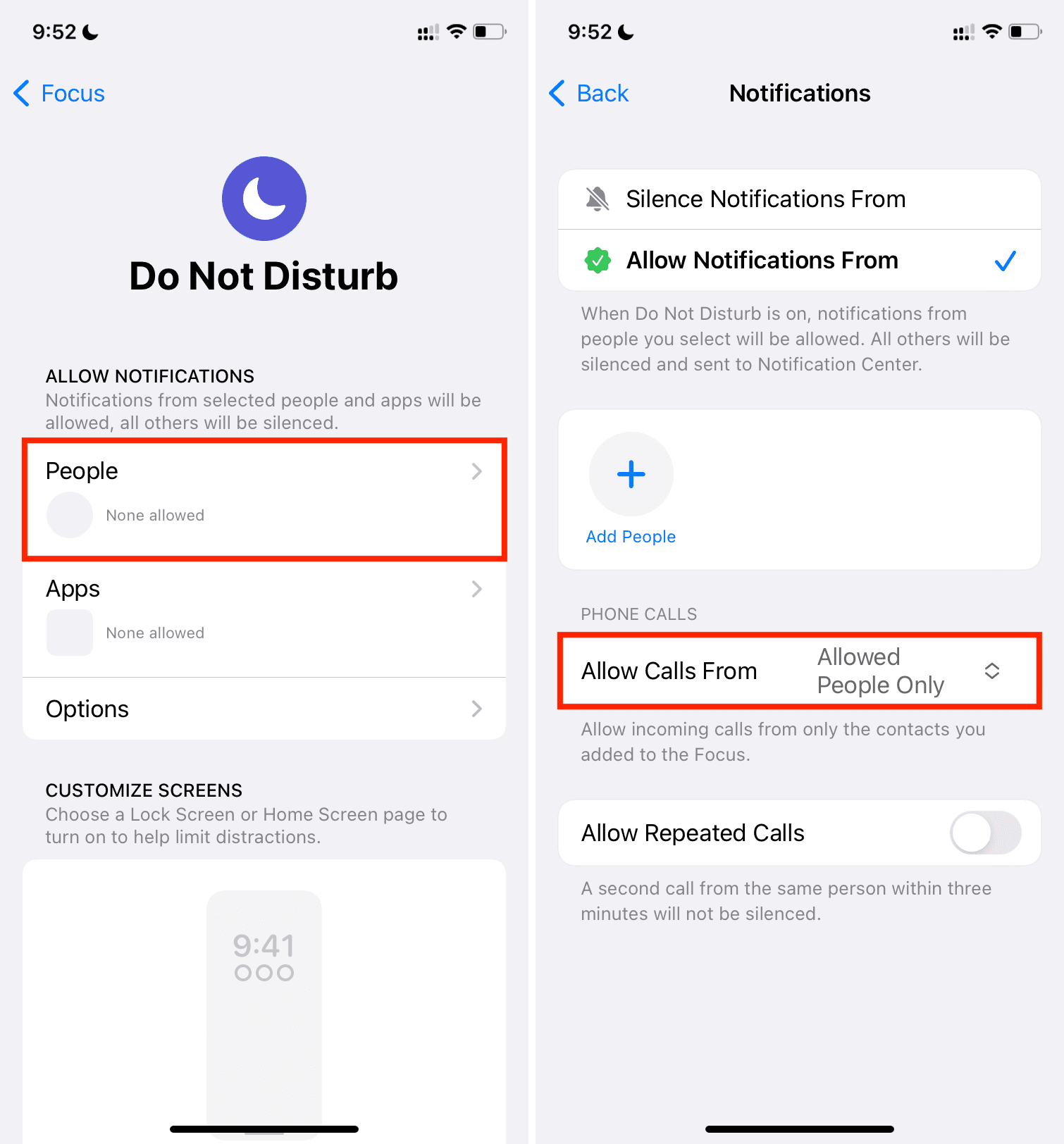 If you don’t want to be so restrictive and you want to make sure you’re still receiving calls from certain people, you can set Allow Calls From to either Favorites (as I do) or Contacts Only. You may also choose Allowed People Only and tap Add People to allow only those selected contacts. With any of these settings selected, you won’t receive notifications for calls from anybody but the group of people you are allowing to go through.

To get absolutely no app notifications, go to Settings > Focus > Do Not Disturb and tap Apps. Here, don’t add any app to the exception list, and also turn off Time Sensitive Notifications. 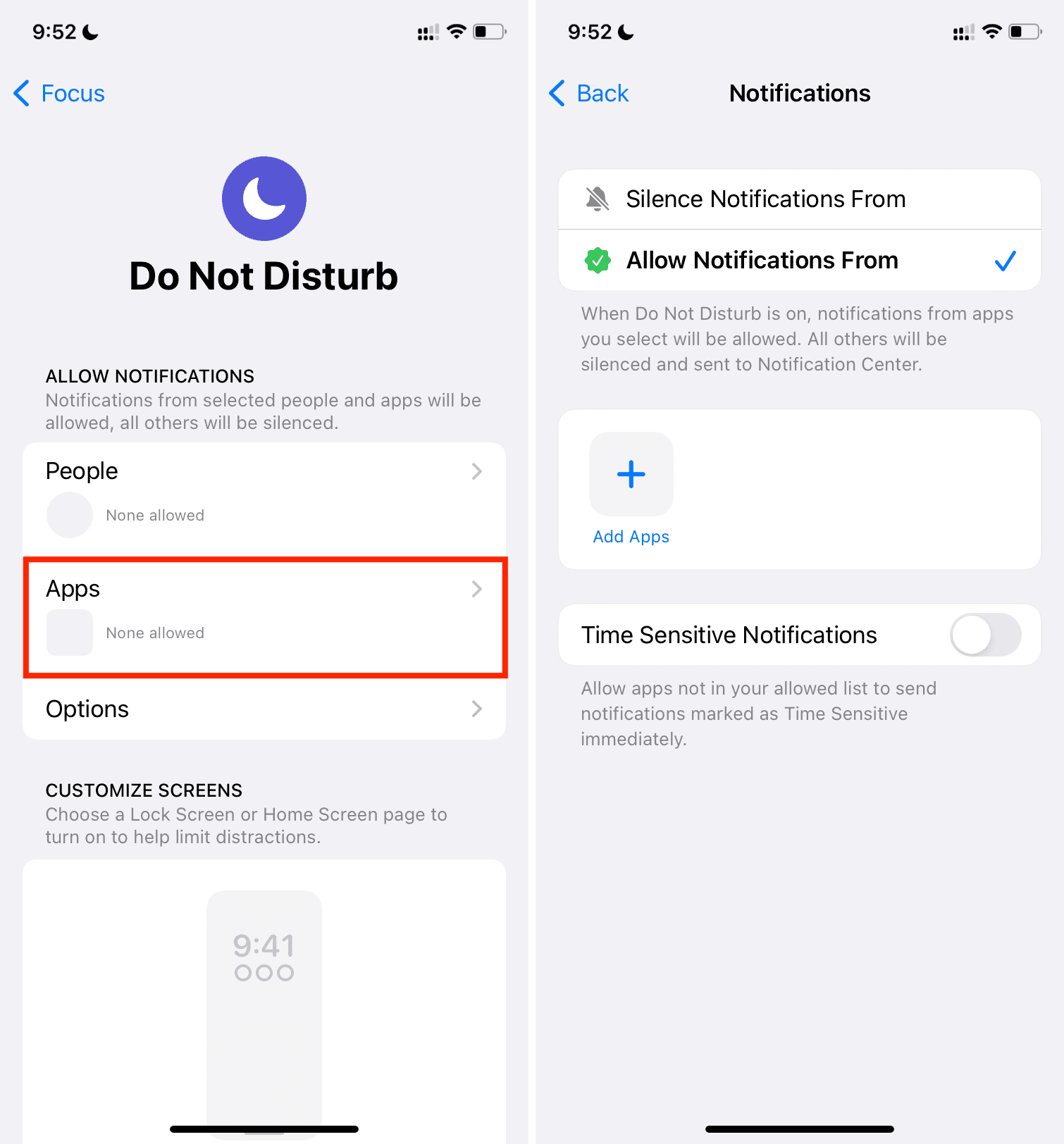 Just like calls, if you don’t want to be so restrictive with app notifications, you can add certain apps to the allow list and get their notifications even when DND is active.