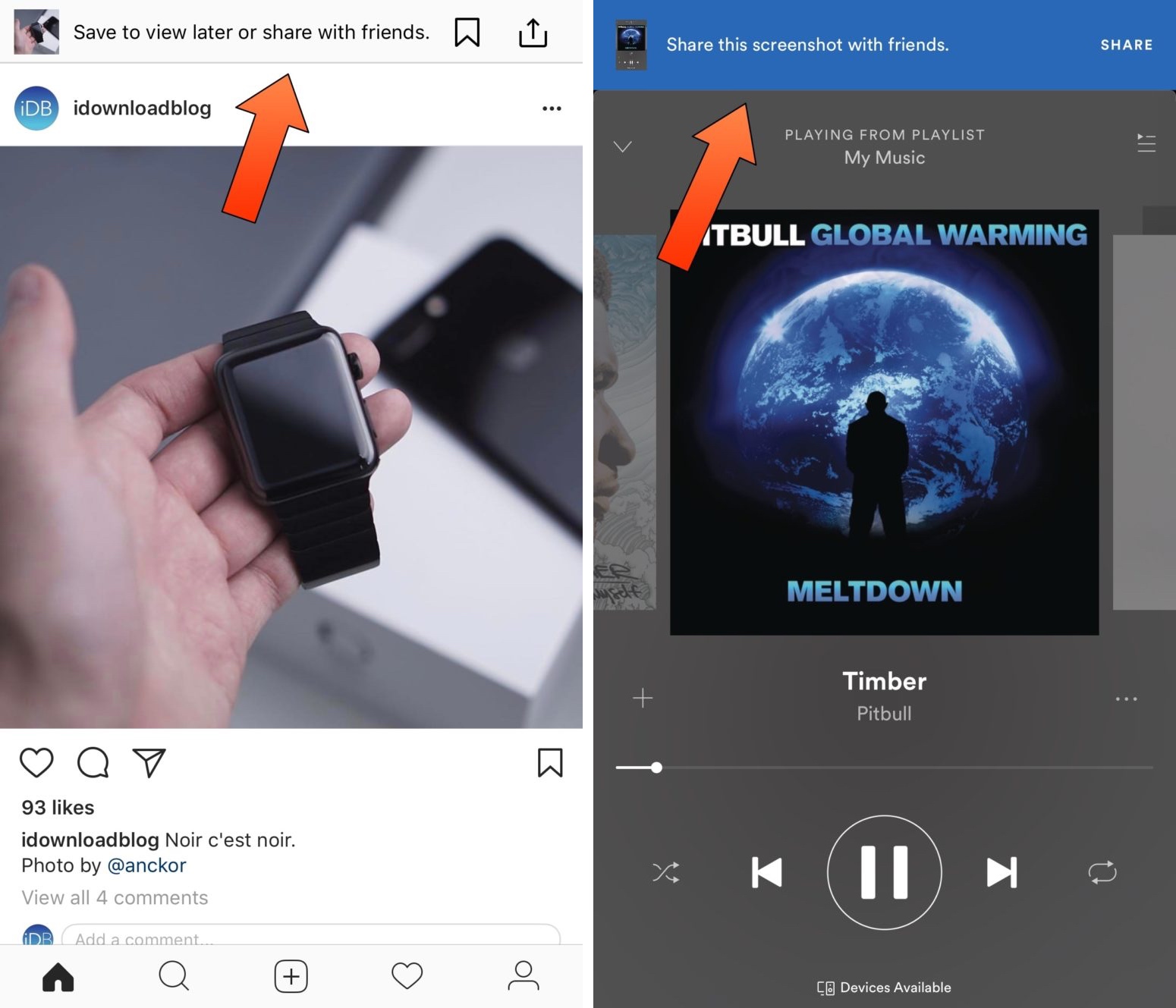 A developing trend inside of App Store apps is to display an in-house notification banner anytime you snap a screenshot from within those apps. Although they’re supposed to make sharing things more accessible, some people don’t find the provided sharing options useful.

A whole host of recent jailbreak tweaks responded to these banners in apps like Instagram and Spotify, but a new free release called KillinAppsScreenshot by iOS developer CydiaGeek strives to become the ultimate all-in-one solution to disable these annoying banners in every one of your apps.

Because KillinAppsScreenshot supports a much broader scope of apps, it has more options to configure than most competing tweaks to date. After installation, you can go into the Settings app to find its preference pane: 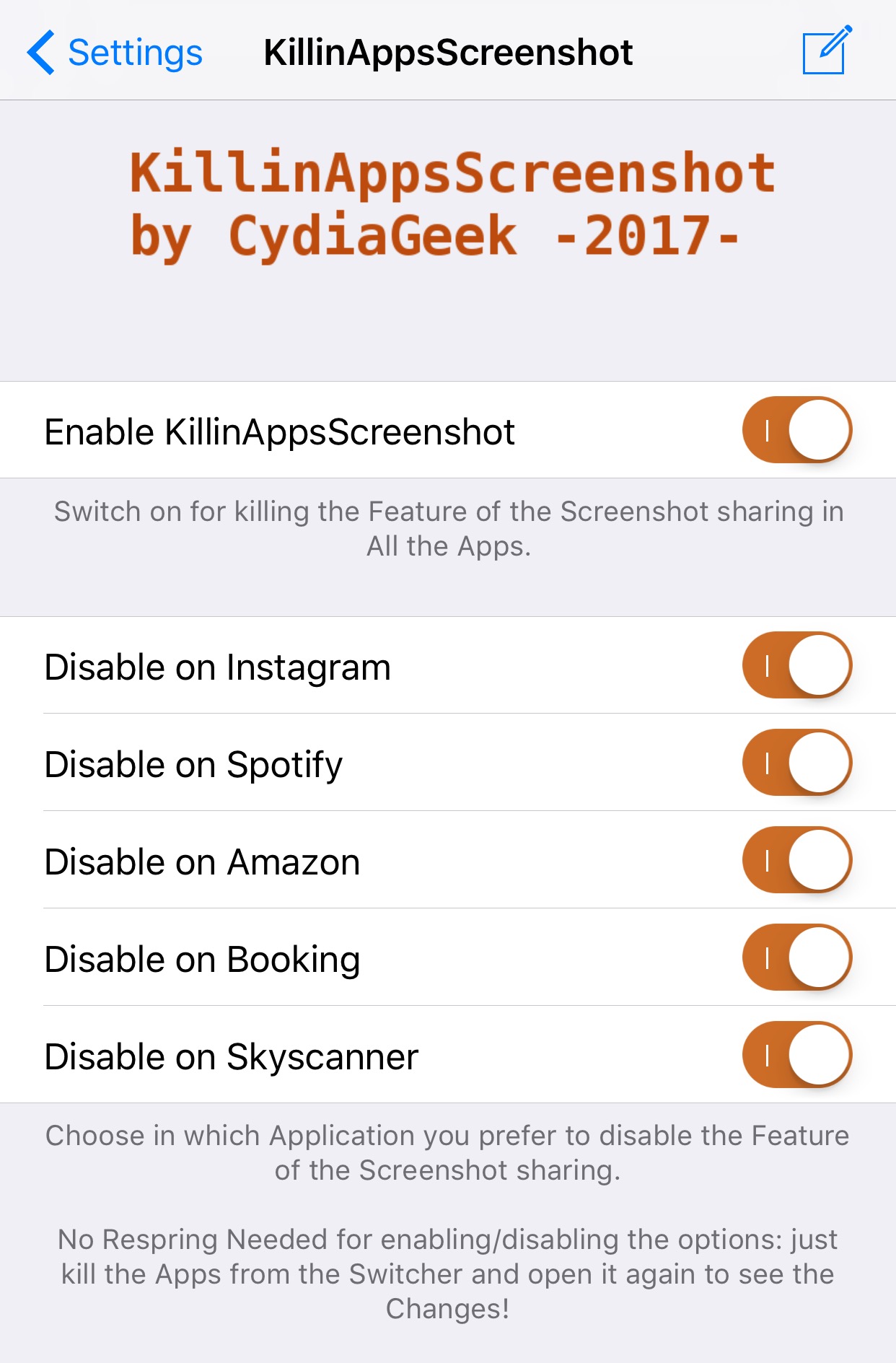 Here, you can select the apps that you want to disable screenshot banners from. As of this writing, KillinAppsScreenshot supports these App Store apps:

There’s also a kill switch in the preference pane to turn the tweak on or off when actuated. You won’t need to respring after toggling individual apps, but it’s a great practice to force-quit affected apps from the App Switcher and restart them to ensure your changes take effect.

If you fancy trying KillinAppsScreenshot for yourself, then you can download it from Cydia’s BigBoss repository. The tweak works with all jailbroken iOS 9 and 10 devices that have any of the supported apps installed on them. Also, keep in mind that the developer will continuously add support for more apps to keep all of his users happy.

Do these screenshot sharing banners annoy you when they pop up after every screenshot you snap? Let us know in the comments section below.