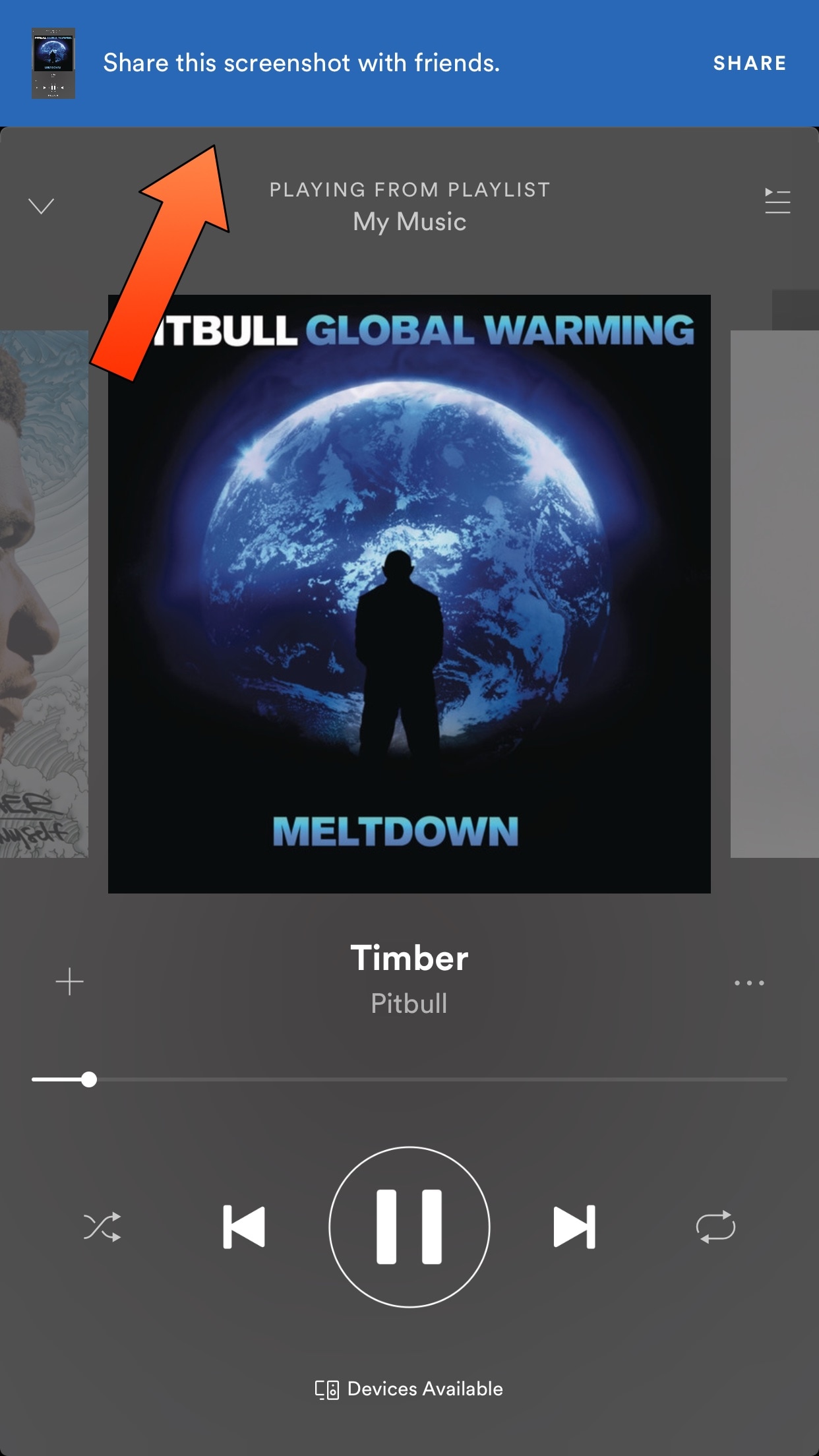 Aside from Apple Music, Spotify is one of the most popular ways to stream music on an iPhone or iPad. In fact, Spotify is my preferred way to listen to music altogether. Still, I acknowledge that the app’s obtrusive banner for sharing any screenshots you take tends to get bothersome.

Enter NoSpotiScreenShot, a new free jailbreak tweak produced by iOS developer xxthepersonx that keeps the banner you see above from appearing after snapping a screenshot of Spotify Now Playing interface.

I assume that more people take screenshots of the Now Playing interface than would like to admit because there are a few incentives for doing so:

While I can certainly appreciate that Spotify attempted to make screenshot sharing more manageable, not everyone finds this feature helpful. Making matters worse, the developer notes how many jailbreakers have purportedly encountered app crashes when trying to utilize the screenshot-sharing banner.

Personally, I couldn’t replicate the crash on my jailbroken device; nonetheless, I don’t particularly fancy having this banner pop up every time I snag a screenshot. If you’re in the same boat, then you should install NoSpotiScreenShot, as it will keep the banner from showing up in the Spotify app.

If you don’t see the tweak working immediately after installation, we recommend closing Spotify from your App Switcher and restarting it; this should get things operating correctly.

NoSpotiScreenShot doesn’t have any settings to configure and works with all jailbroken iOS 10 devices running the free Spotify app from the App Store. NoSpotiScreenShot is a free download from Cydia’s BigBoss repository.

Do you find the screenshot-sharing banner in the Spotify app irritating? Share why or why not in the comments section below!