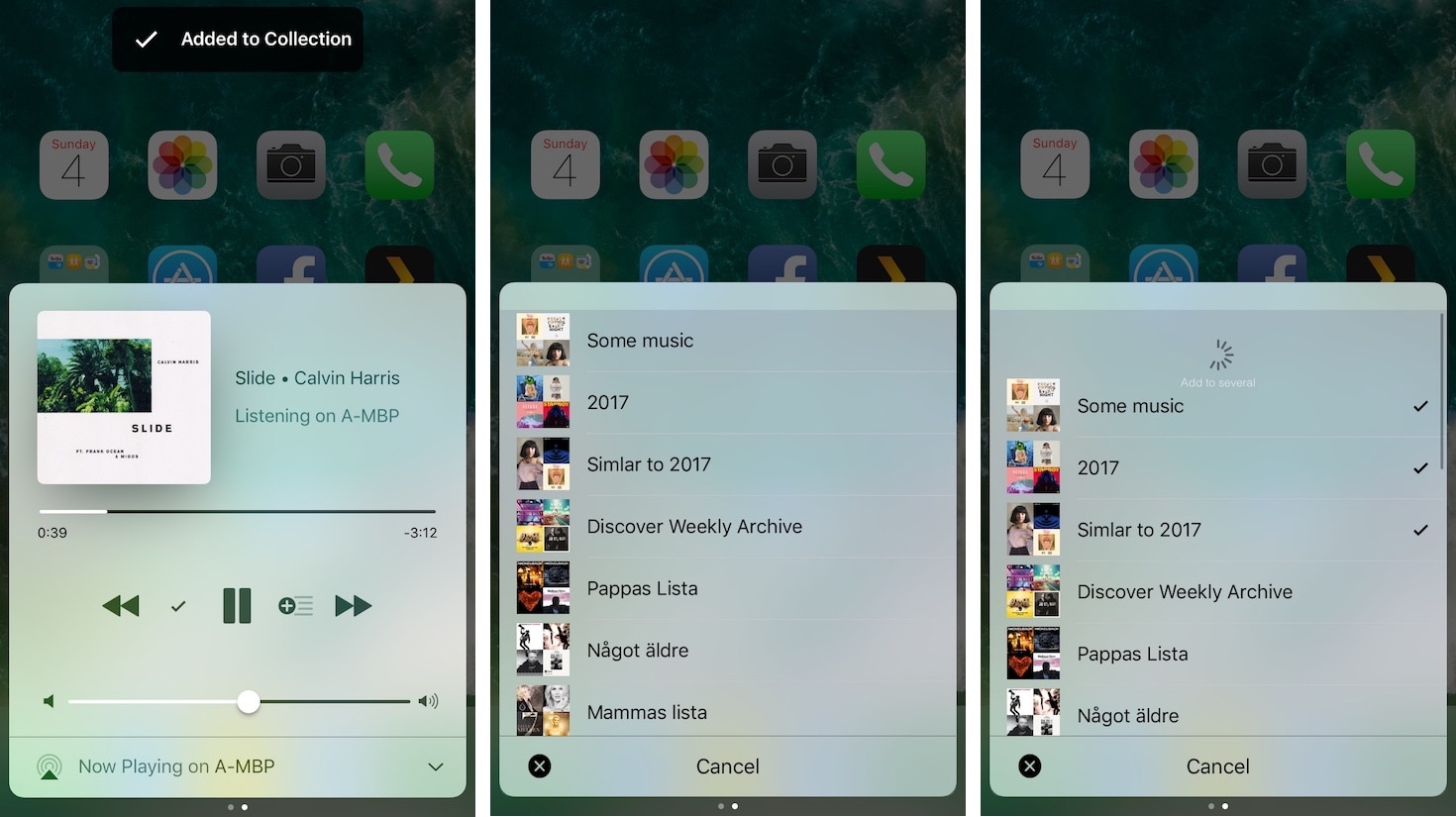 This tweak is a replacement for the popular iOS 9-only tweak dubbed Quickify and lets you add Now Playing music to existing Spotify music playlists or collections right from Control Center or the Lock screen.

The tweak works in both portrait and landscape orientation, and if you find that the buttons are just a little bit too crammed together for your tastes, it even comes with a 3D Touch gesture alternative that can help make accessing these features easier on your O.C.D.

Apace for Spotify also lets you tap and hold on the Now Playing song’s album artwork to access more useful features, such as Offline Mode, Incognito, Shuffle, and Repeat: 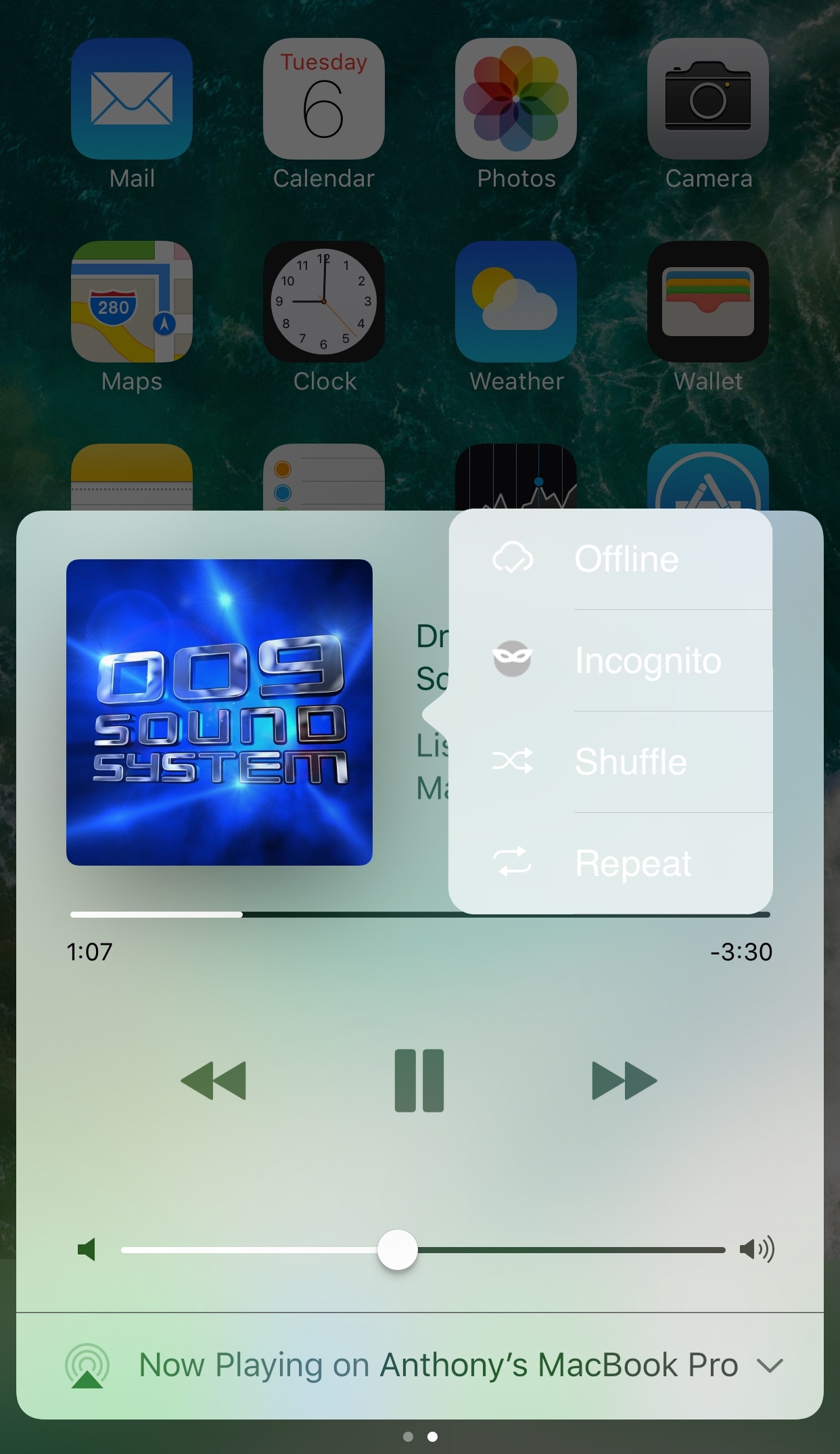 If that wasn’t enough, the tweak also lets you control Spotify Connect devices in powerful new ways and change their icons. We’re using the default ones now, but you’ll soon learn what else Apple offers that you can choose from: 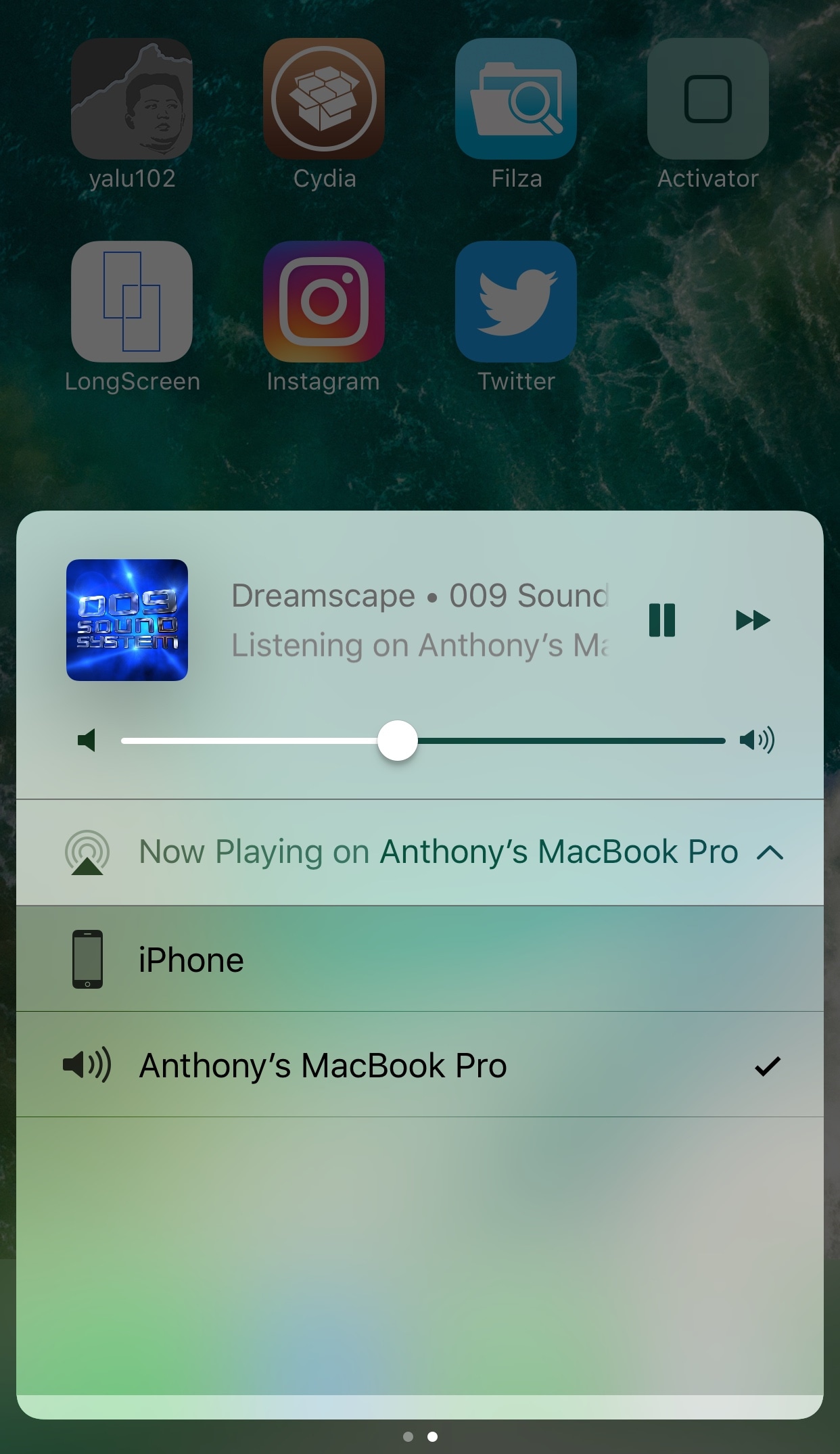 To configure the tweak, you’ll want to visit the new preferences pane in the Settings app after installation:

Digging deeper into the options, you’ll find advanced settings, like: 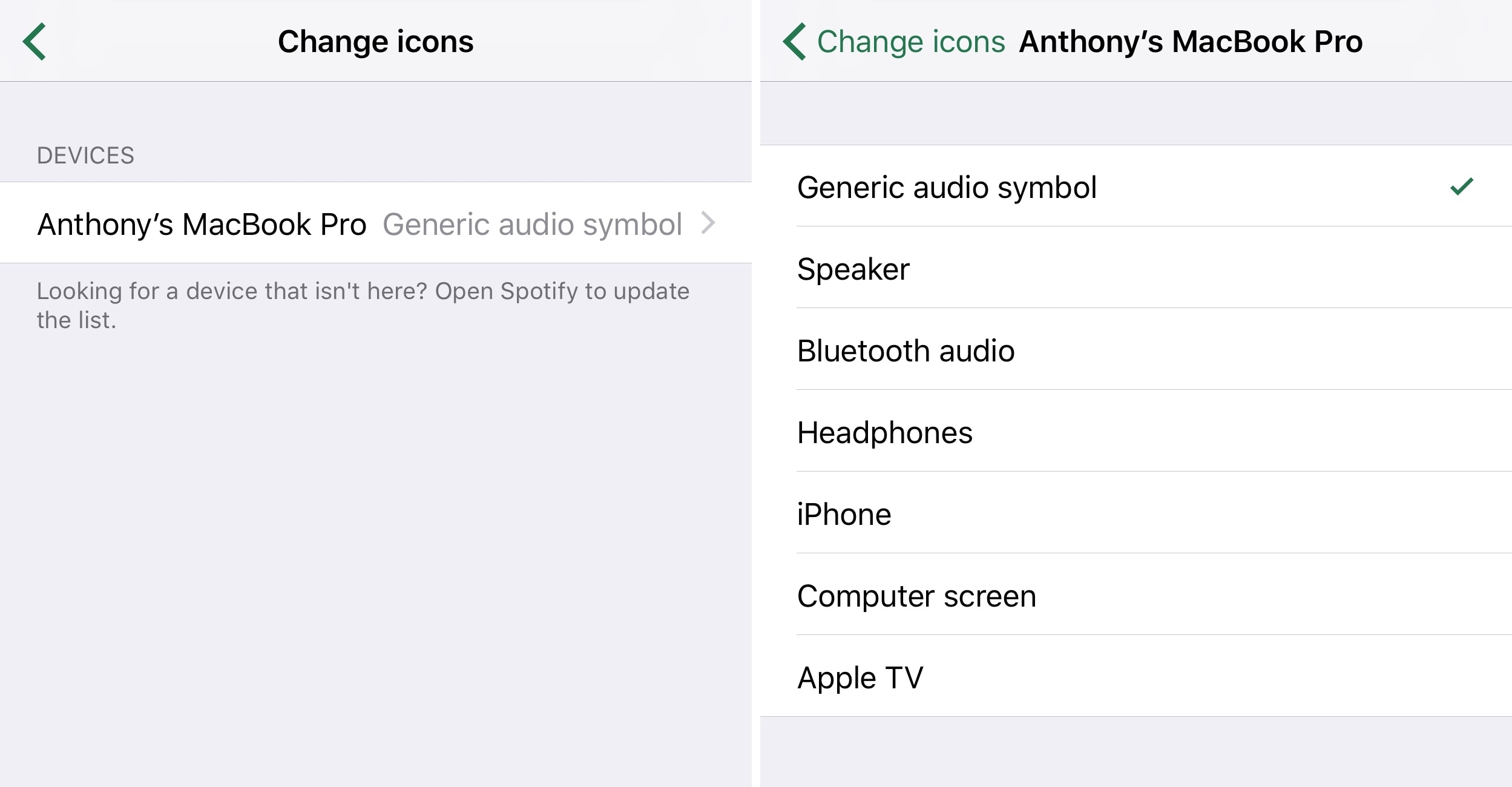 If you opt to change any of your Spotify Connect icons, you can pick from any of the icons that Apple has to offer, including:

Once you have everything set up, you can go ahead and start playing music from Spotify and then move on to trying to add music to your playlists or collections. You should notice the songs are added instantaneously across all of your devices that are signed into Spotify.

Overall, it seems to be a useful tweak for Spotify users, as it provides more functionality from the interfaces you see most often throughout iOS when listening to songs without having to launch the Spotify app itself to perform the same actions.

If you’re interested in giving Apace a try, it can be downloaded from Cydia’s BigBoss repository for $1.99. The tweak requires a jailbroken iOS 10 device to be installed and works with both the free Spotify Music app from the App Store and the Deezer client.

Note: Deezer support will be available in version 1.1 of Apace, which may or may not be available at the time of this writing.

Do you like the features Apace for Spotify has to offer? Share why or why not in the comments section below!