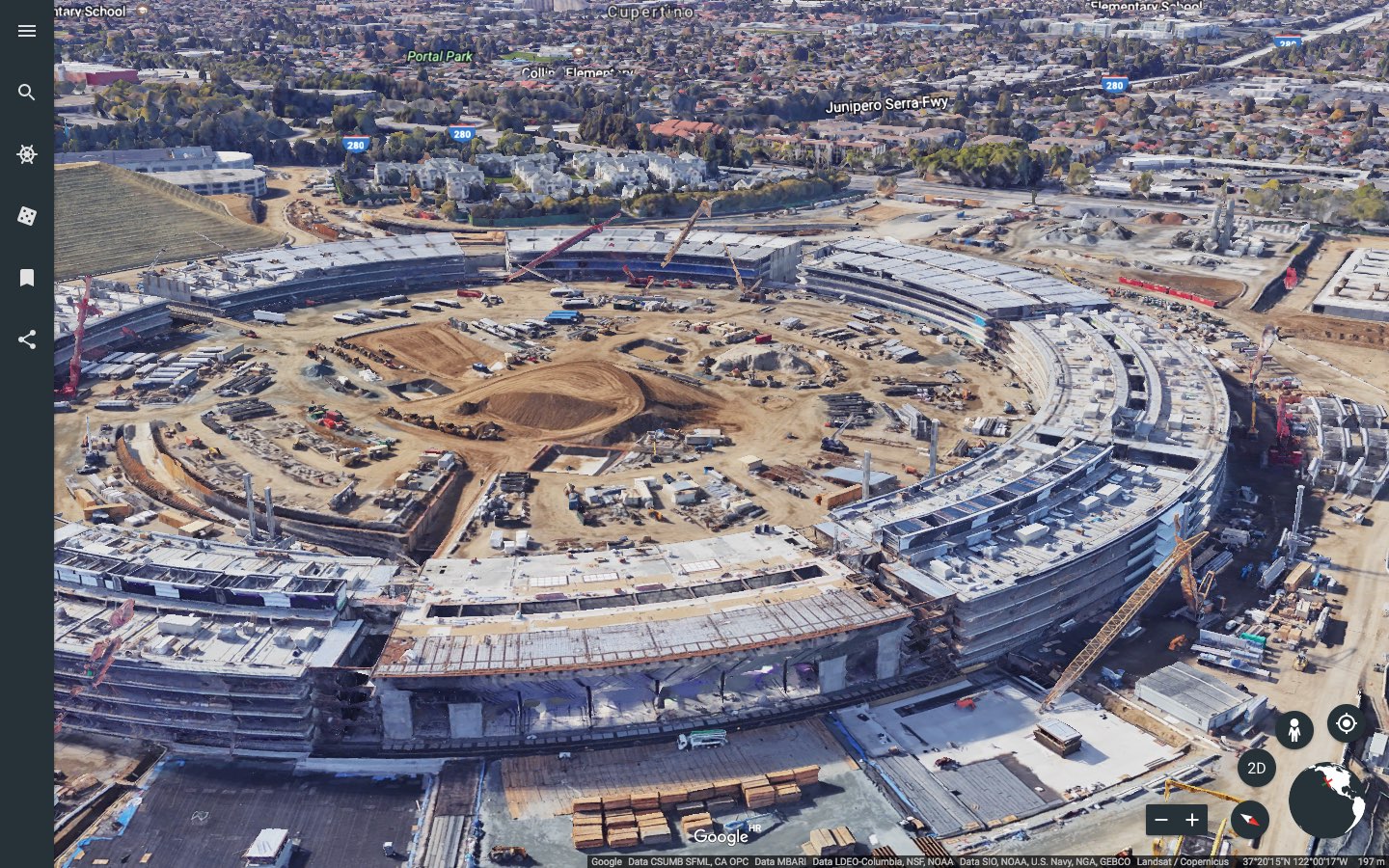 Google has updated its imagery on Earth and Maps services so you can now tour Apple’s massive new headquarters in glorious 3D graphics. However, Google’s data appears to be out of date as the Apple Park imagery shows the site in an earlier state, with the main ring-shaped building still being worked on and Steve Jobs Theater in its early stages of development.

According to the Google Maps team, they refresh 3D images of major landmarks and metropolitan areas at least once per year. As the screenshots attest, Google’s data still shows the whole mountain of dirt which has since been reduced substantially as Apple is re-using the earth for landscaping, as evidenced by the latest drone flyovers. 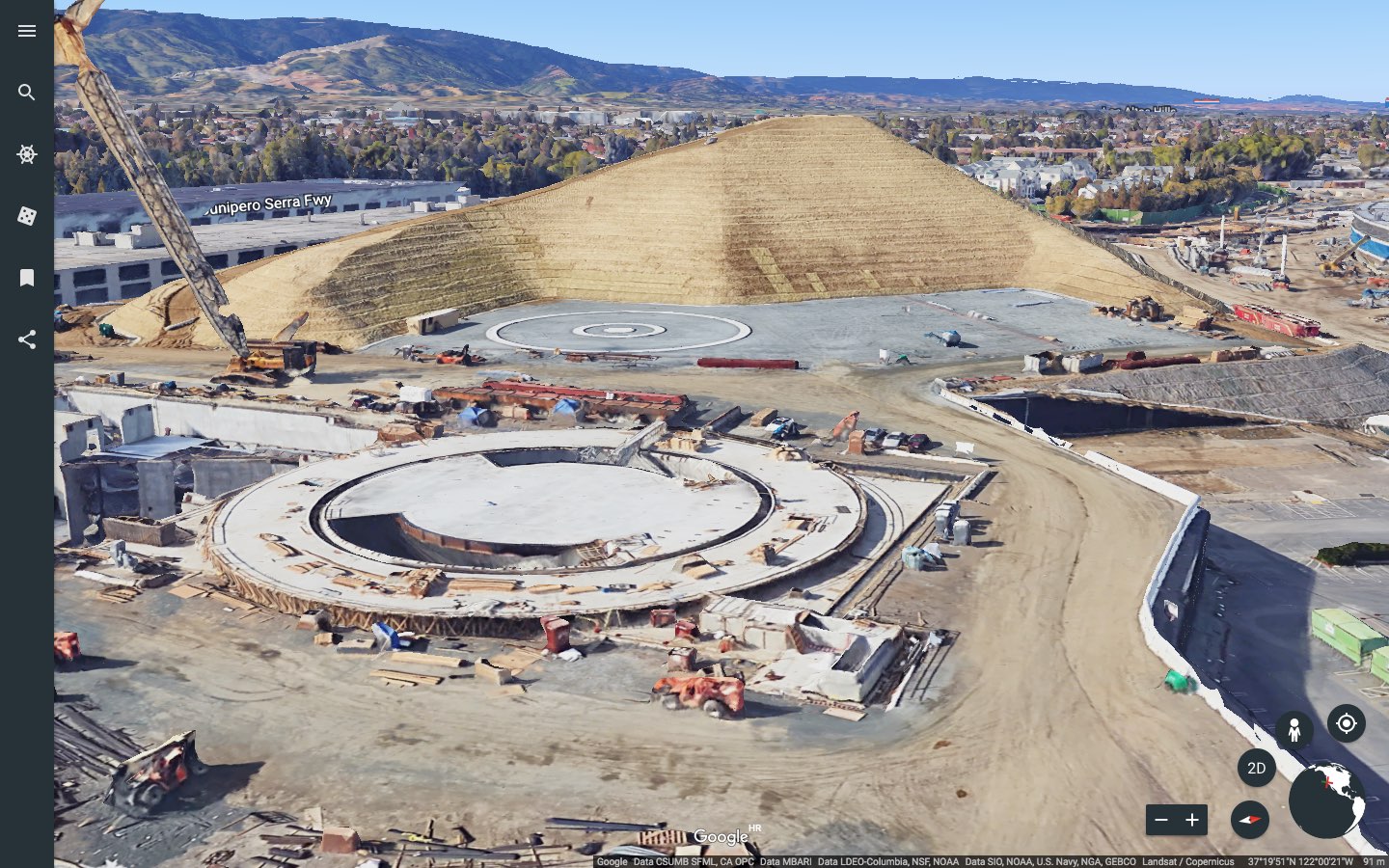 To tour Apple Park in 3D on Google Maps, go to maps.google.com or fire up the Google Maps app on your iPhone or iPad, and search for “Apple Park Visitor Centre”. Now zoom all the way in, switch to Satellite view and click the “3D” icon in the lower-right corner of the interface. 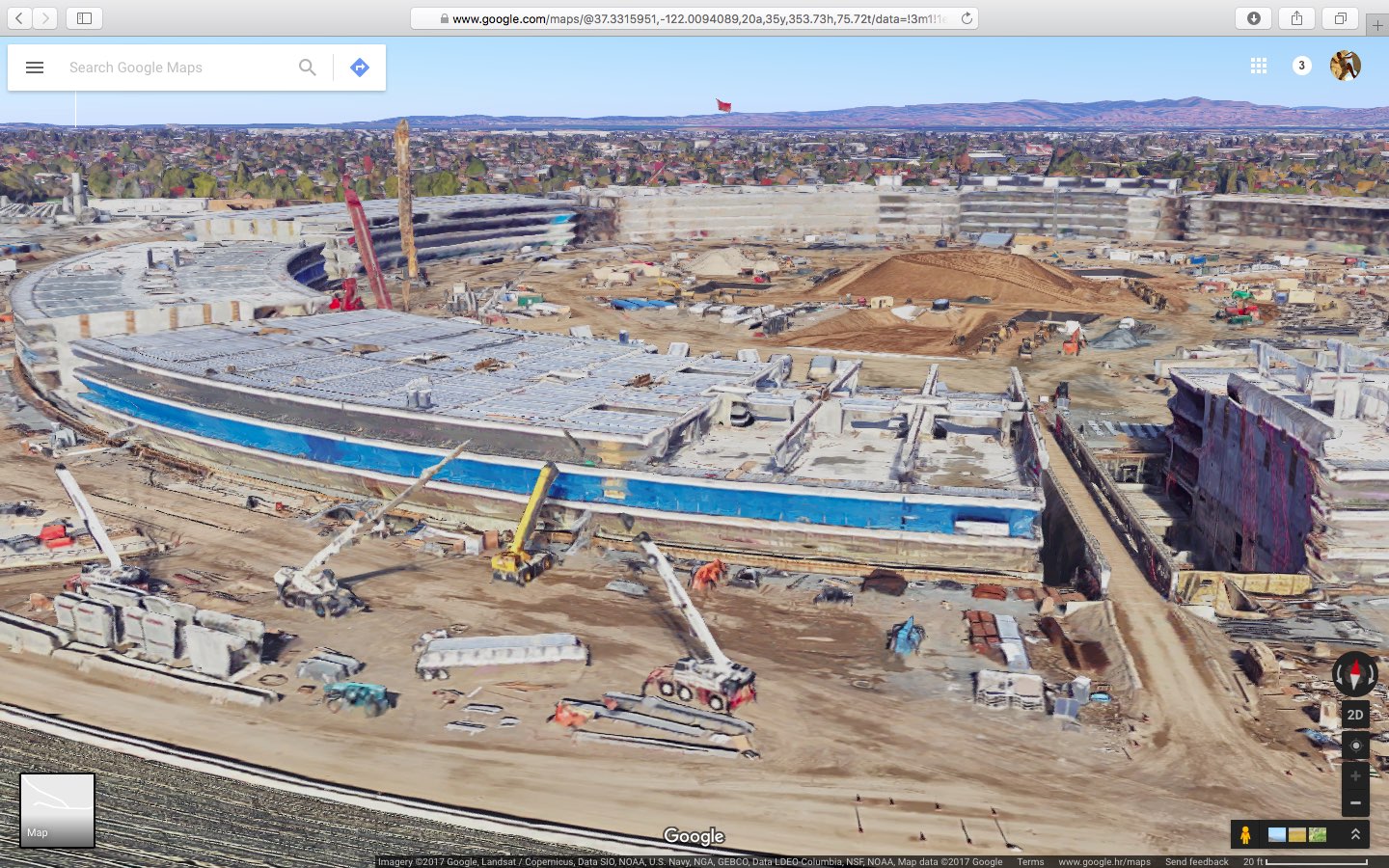 You can now drag the view around, Control-click to rotate and more.

The best way to experience Apple Park headquarters in either 2D or 3D is definitely the recently overhauled Google Earth web app, but you’ll need Chrome to use it.

Apple in March 2017 added 3D images of Apple Park to its own Maps service, including support for related details, descriptions and searchable geolocation tags.