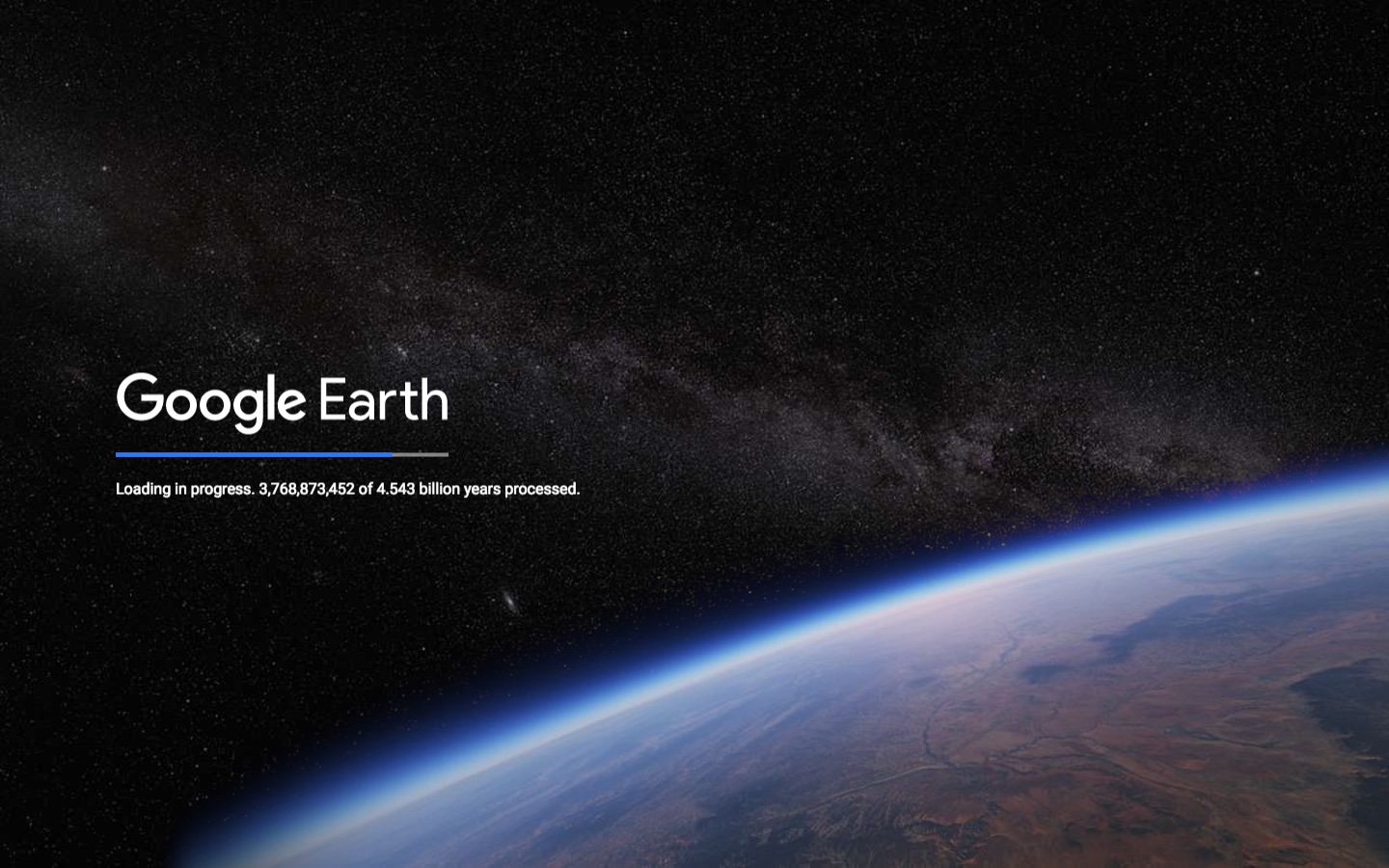 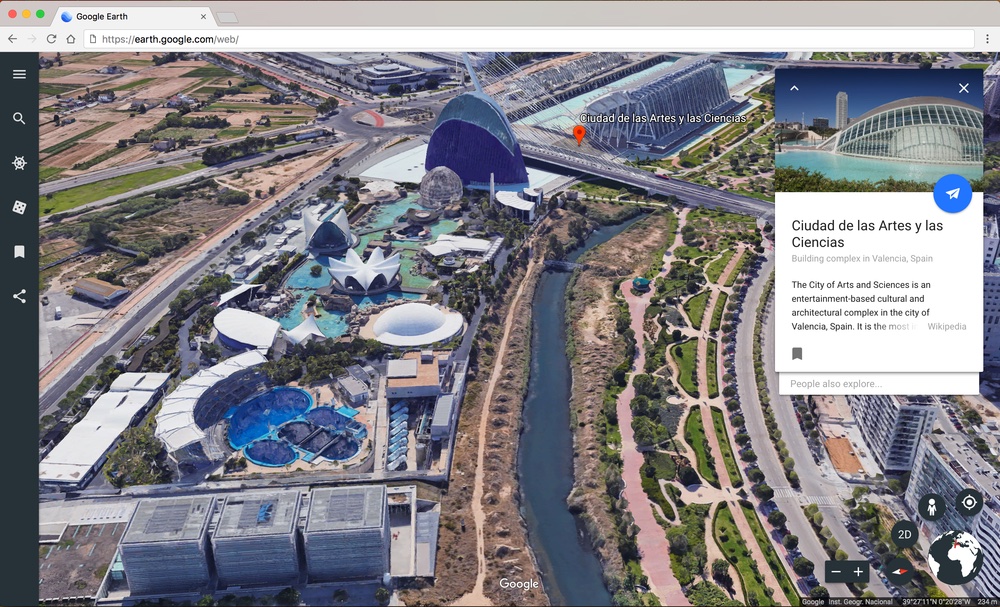 “The whole world is now in your browser,” teases Google.

Here’s a quick recap of the features key provided of the new Google Earth:

Now watch the official promo clip for a video showcase of the new experience.

Aside from beautiful visuals, the new Google Earth is all about discovering new places and piquing your interest in the world around you. For example, you can learn history and facts about a place and see more pictures of it by opening a Knowledge Card. Then, flip through the stack of virtual cards to discover related places.

Much like the desktop Earth app, its web counterpart supports gorgeous 3D views and street-level photography with Street View. For a web app, it’s pretty remarkable that it lets you fly through landmarks and cities like London, Tokyo and Rome in 3D, then dive in to experience them first hand with Street View.

A Postcards features lets you share a view that leaves you breathless or inspires a fond memory with your friends and family. A postcard includes a full 3D view of the location you’re currently viewing, as you’re seeing on the screenshot below. Simply click the new 3D button to find the perfect angle of a place you’d like to share. 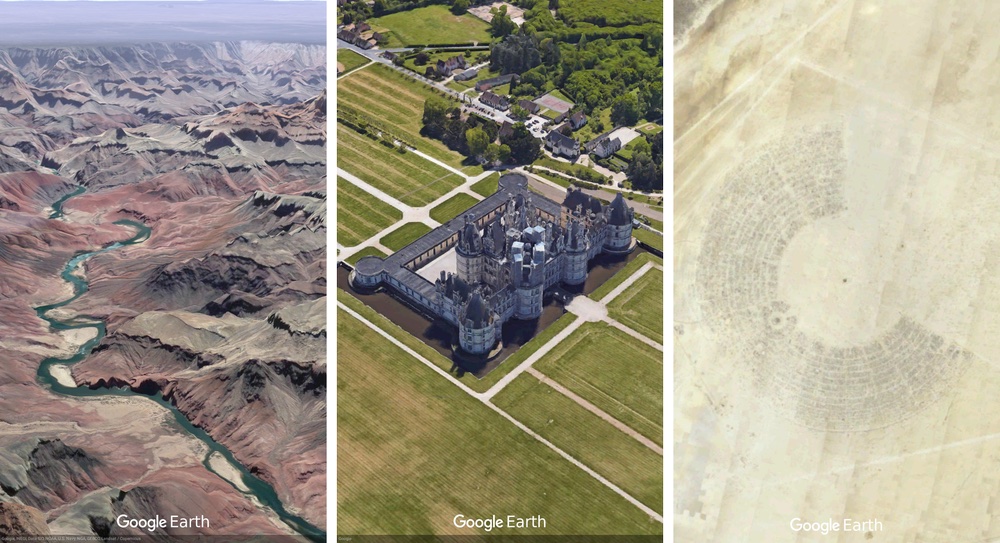 Google Earth postcards are interactive and friends you share them with can click a link to jump right to where you were virtually standing.

See the world from a new point of view with Voyager

A new feature called Voyager brings you relevant stories about famous places and landmarks from the likes of BBC, NASA, Sesame Street and more. Some of the interactive guided tours that help bring the planet to life include the following:

There are 50+ immersive stories available in Voyager, and more are added weekly. 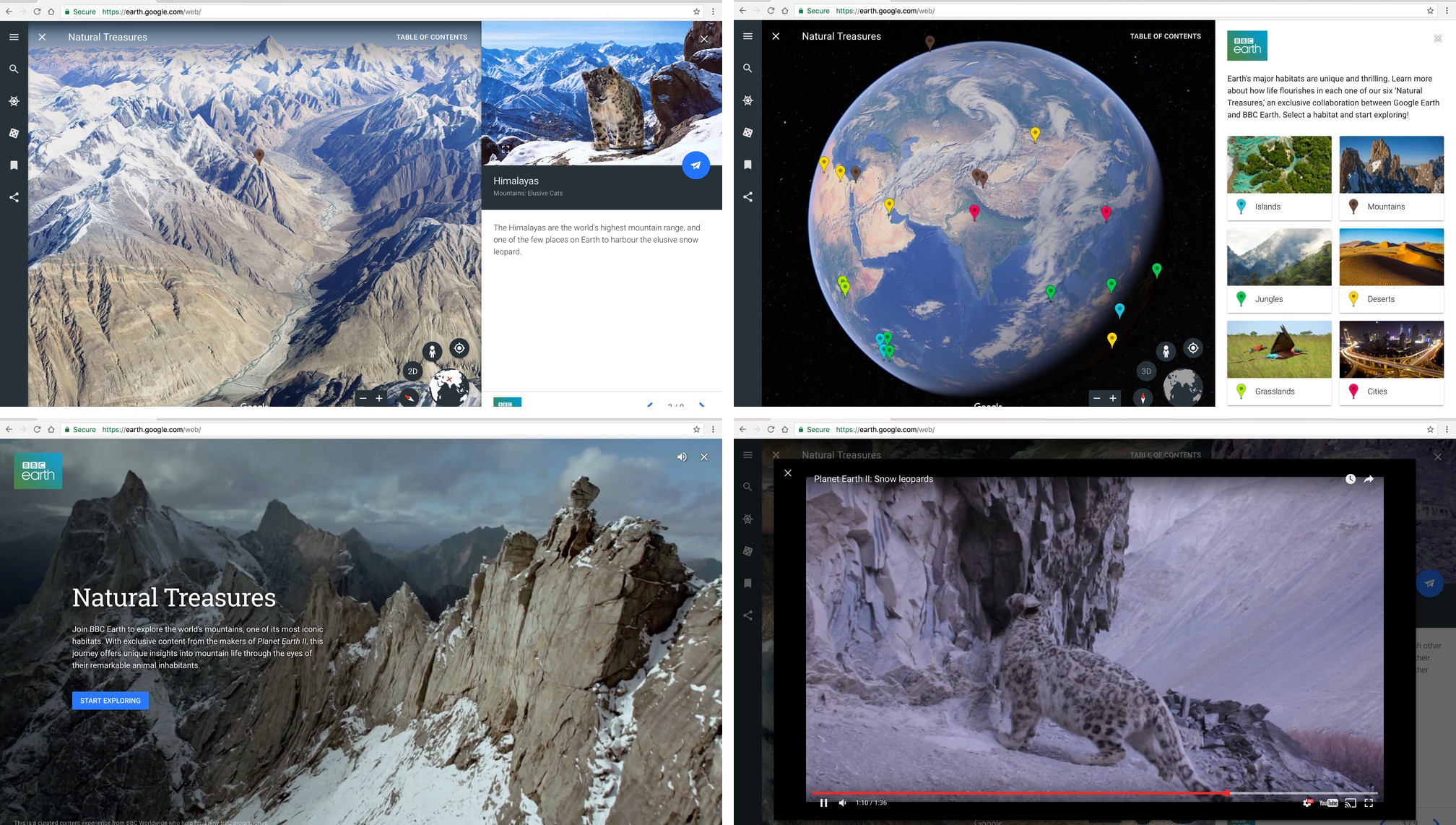 A good place to start is a special Voyager story, called This is Home.

This section takes you on a journey into traditional homes from cultures around the world. For example, you may be invited to step inside a Peruvian chuclla, a Bedouin tent and a Greenlandic IIoq, and meet the people who live there.

More homes will be added to this section in the coming months.

Like on the main Google search engine, the new Google Earth experience now includes an “I’m feeling lucky” feature that takes you somewhere unexpected with the click of a button. You don’t even have to think about it, just click the new button to discover a random place on planet Earth. “We’ve curated 20,000 different places, so roll the dice and see where the world takes you,” said Google. 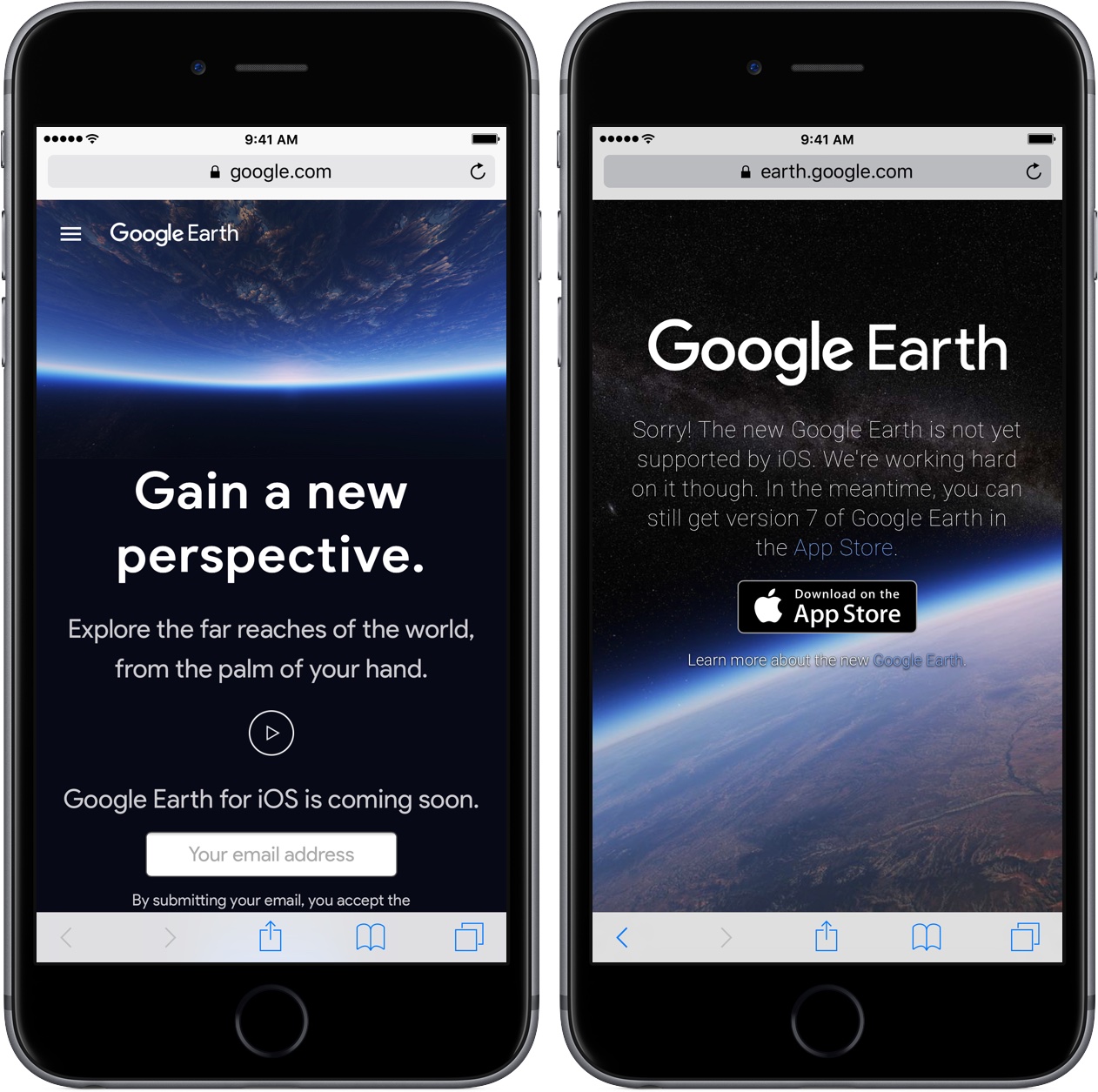 You can currently experience the new Google Earth on the web through the Google Chrome browser on desktop and Google Chrome for Android. Browsers such as Apple’s Safari are currently unsupported, but Google says that the new Earth experience will be available via other browsers in the near future along with official iOS support. 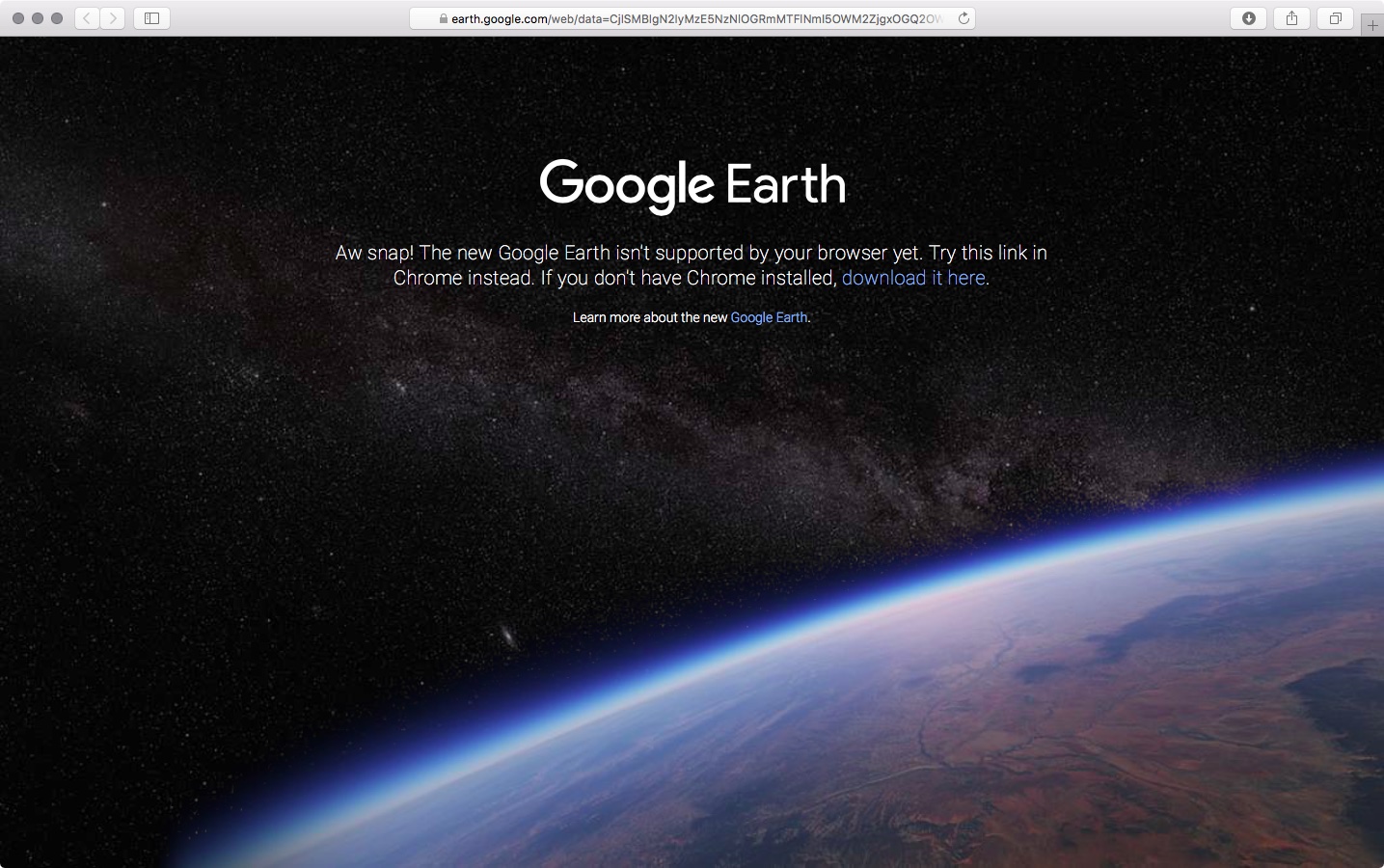 If you have Chrome installed on your Mac, go to earth.google.com/web to test-drive the new Earth web app and play with the aforementioned features.

Apple job listings suggest that Apple may be working on a Maps web app of its own, with the company’s official WWDC 2016 webpage showing an embedded Maps view, the first time Apple’s used this unreleased Maps feature on the web. Any advances concerning Apple Maps should be officially announced at the upcoming Worldwide Developers Conference in June.