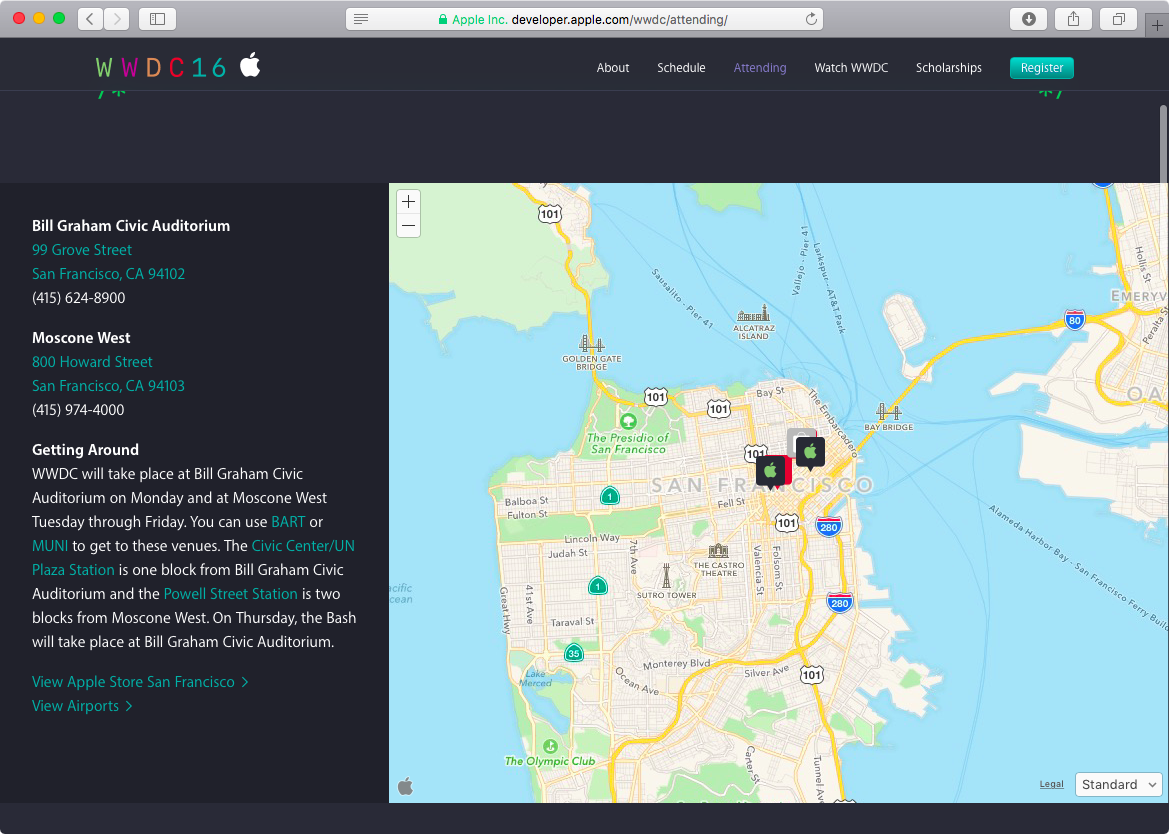 Latest checks indicate that Apple is getting ready to make the Maps service available to everyone on the web through a desktop web application which will permit you to embed an Apple Maps view into your own webpage, blog and more.

Look no further than Apple’s own WWDC 2016 webpage, which appears to take advantage of what seems to be an interactive, embedded Maps view. This is the first time Apple has used an embeddable Maps view on the web.

As you can see for yourself on the image top of post, the embedded Maps view on the WWDC website has the Apple logo in the lower left corner and a pop-up menu in the lower right corner for switching between Standard, Hybrid and Satellite view. There are also plus and minus buttons in the upper left corner for zooming in and out though MacBook owners can also pinch zoom using their trackpad.

Further confirming the impending release of Apple Maps for the web, developer Tim Broddin’s created a proof of concept based on that unpublished API. 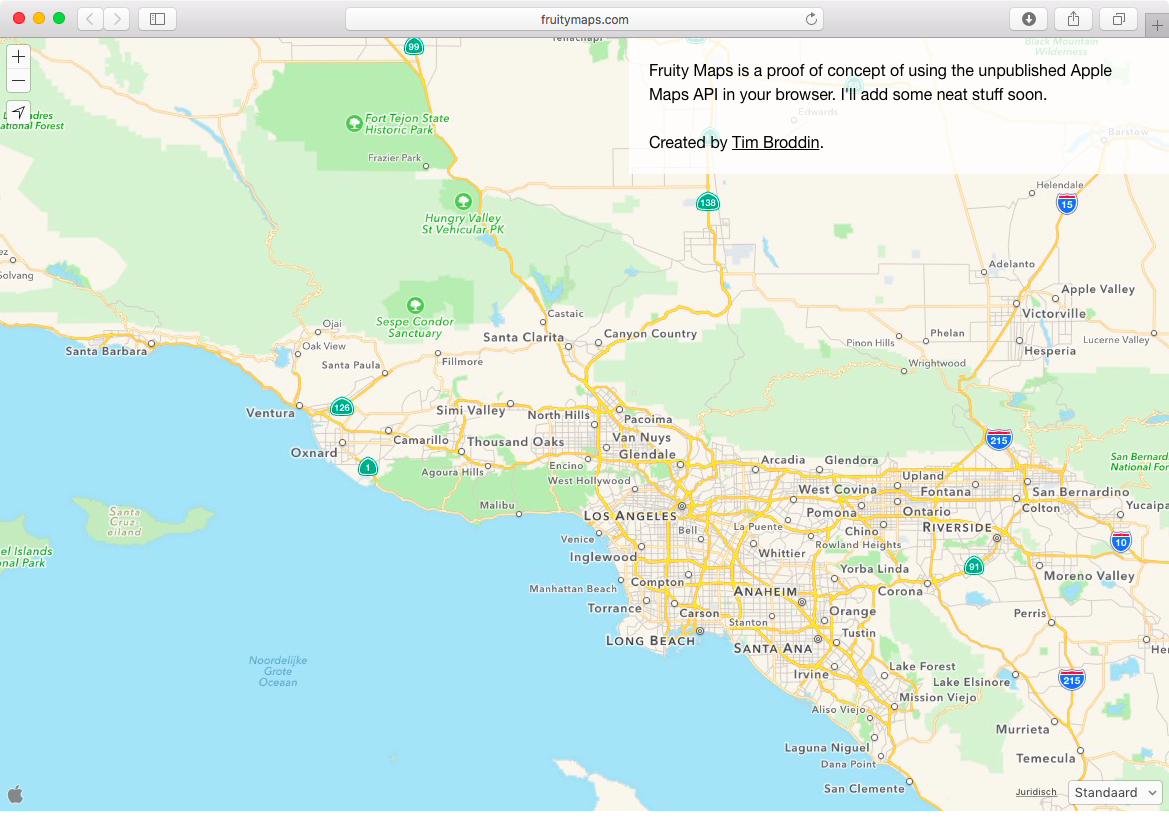 Called Fruity Maps, it looks exactly the same as the embedded Maps view on the WWDC website, down to the Apple logo, zoom controls and the view menu, with one exception—a location icon, not found on Apple’s website, which invokes a prompt asking permission to use your location to center your view.

While many features found in Google Maps’ desktop app are nowhere to be found on FruityMaps—like navigation mode, a three-dimensional view, the ability to drop pins on the map or click objects for more information about businesses and points of interest, the very existence of a third-party solution which embeds Apple Maps fuels speculation that Apple’s mapping service is coming to the desktop soon. 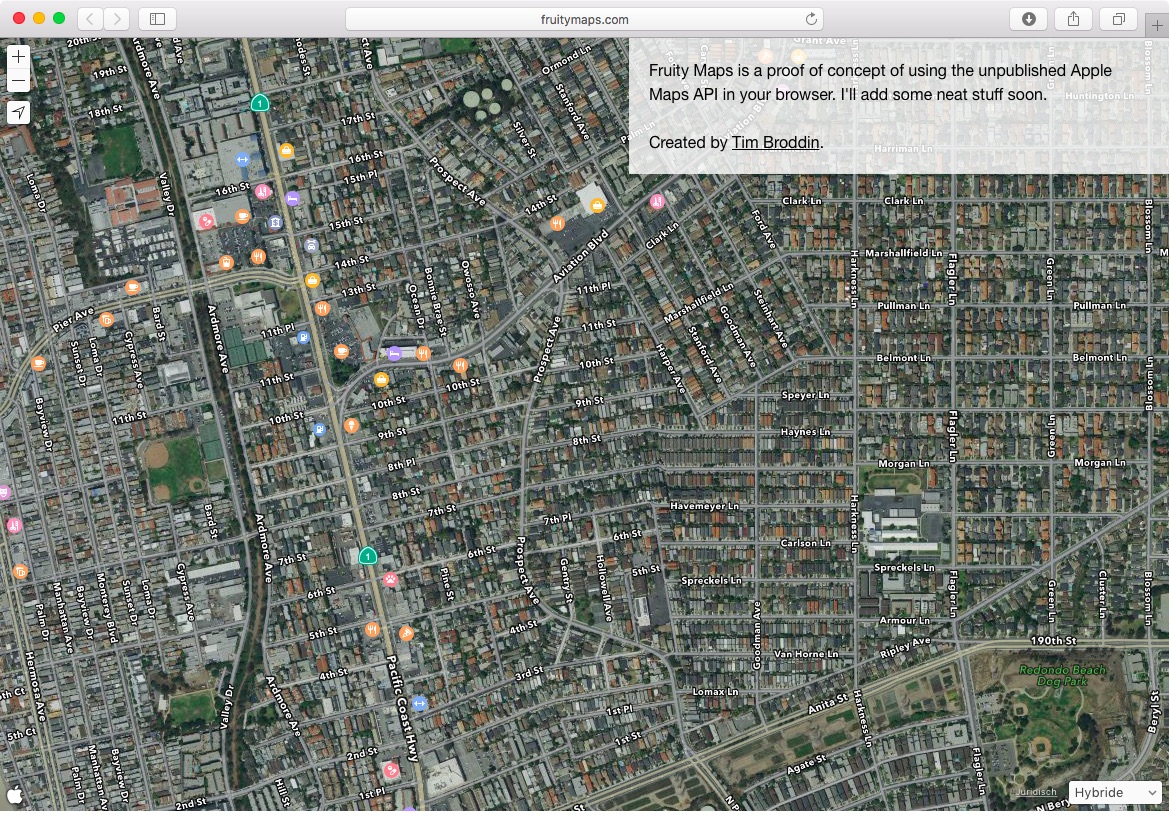 And we’re not surprised at all.

Benedict Evans back in June 2015 spotted an Apple job ad which signified that the company would eventually make the Maps service available to everyone via a cross-platform web app. The full-time position was for a web engineer with JavaScript expertise “to help make Maps work seamlessly on the web.”

A web-ready version of Apple Maps would be a pretty big deal as it would make the service more of a direct Google Maps competitor than before.