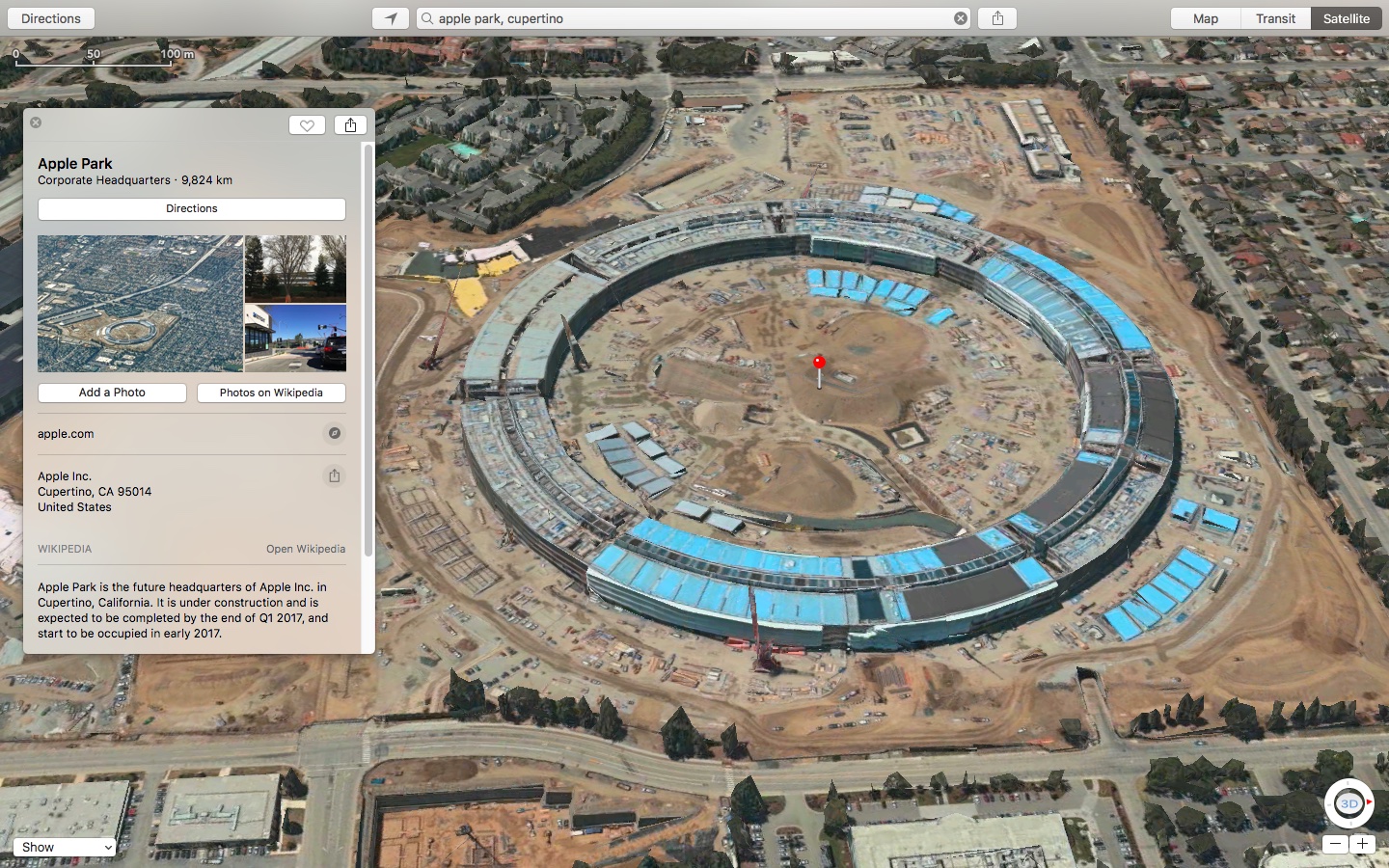 Apple Maps has gained satellite imagery (though not necessarily up to date) for Apple’s upcoming 175-acre campus, called Apple Park and opening next month. The massive headquarters, currently under construction in Cupertino, now show 3D Flyover imagery along with descriptions and geolocation tags in Apple Maps, 9to5Mac discovered.

3D satellite imagery and high-resolution photos for 3D Flyover views appear to show the main building as it was captured by drone pilots last summer, complete with bare HVAC systems on the rooftop and incomplete solar panel installations. There are no signs of landscaping that began in October. 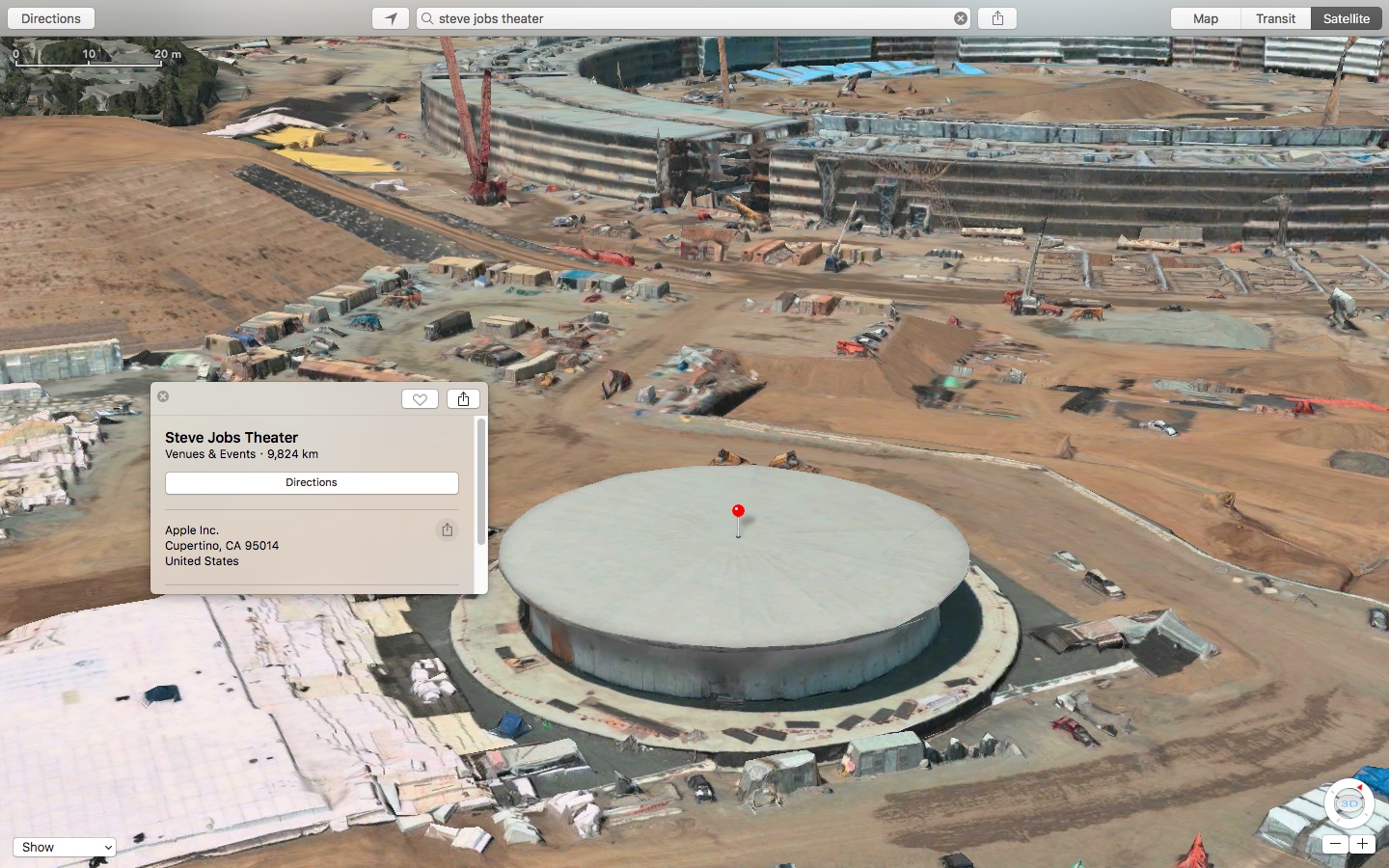 “Apple Park is the future headquarters of Apple, Inc. in Cupertino, California. It is under construction and is expected to be completed by the end of Q1 2017, and start to be occupied in early 2017,” reads the description for Apple Park on Apple Maps.

Other details include building tags, including a data tag for Steve Jobs Theater, a physical address, user-submitted photos from Wikipedia, a link to Apple.com and a “Corporate Headquarters” description tag and more.

Drone pilots Matthew Roberts and Duncan Sinfield have provided those interested in Apple Park construction progress with monthly 4K video updates of the site. Just yesterday, for example, Sinfield posted new drone footage showing nearly-complete solar installations on the rooftop of the main circular building, plus birds-eye views of the adjacent structures such as a research and development center and other buildings.