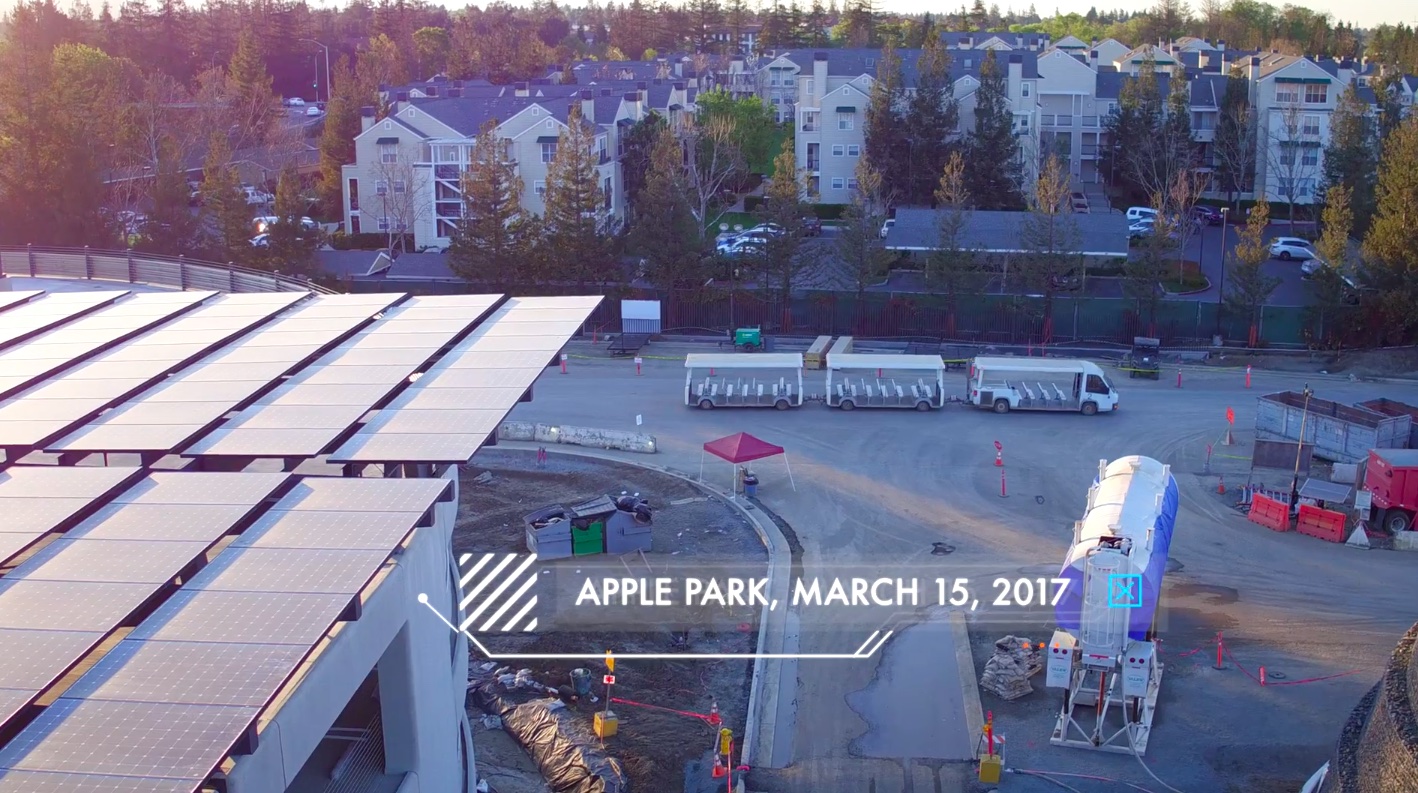 Apple’s upcoming 175-acre campus, called Apple Park, is opening next month when Tim Cook and other employees  will begin moving in. Drone pilots Matthew Roberts and Duncan Sinfield posted their flyover footage of Apple Park earlier in the month.

The main 280,000 sq ft ring-shaped building will accommodate more than 13,000 Apple employees. The site has a number of supporting structures, including a fitness center for employees, a secure research and development building and an underground auditorium where future press and corporate events will take place, named Steve Jobs Theater.

And here is Sinfield’s latest video.

75 percent of total power requirements will be delivered via a micro-grid installation capable of producing 17 megawatts of power from solar alone, with Bloom Energy-provided fuel cells similar to those installed at the North Carolina data center providing the rest of the power needed to operate the facilities.

One of the rumors claims that the Cupertino company has moved mass production of a new 10.5-inch iPad Pro model to March ahead of an April launch. It’s possible that the announcement of new iPads will take place in Steve Jobs Theater.