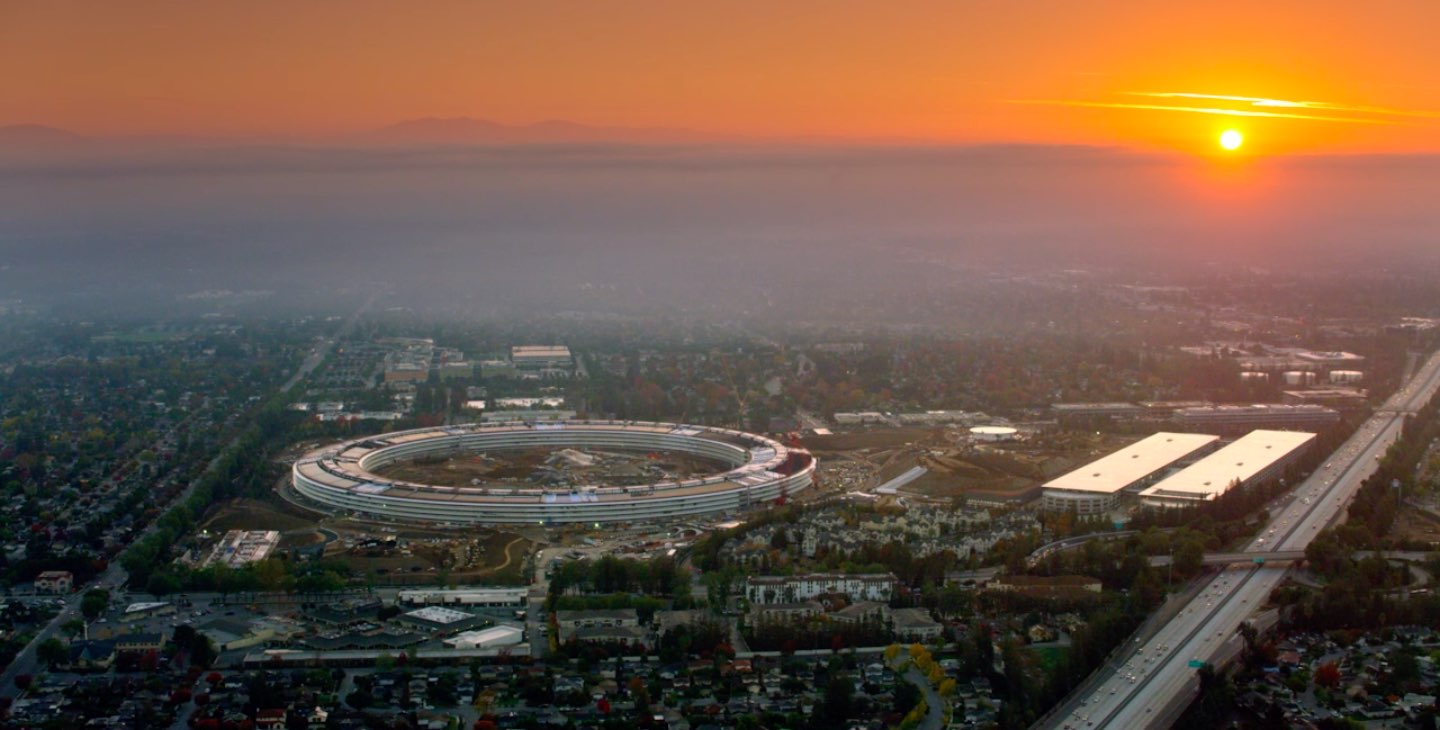 The article is short on specifics, but it’s safe to presume that Cook along with Chief Design Officer Jony Ive and other top executives will occupy offices on the top floor of Apple Park’s main 2.8 million sq ft ring-shaped structure.

In honoring the legacy of Steve Jobs, Apple has said that a massive 1,000-seat underground auditorium (where future corporate and press events will take place) has been named the Steve Jobs Theater. Located on a hill that overlooks the meadows and main building, the Steve Jobs Theater has a 20-foot-tall glass cylinder entrance covered by a metallic carbon-fiber roof.

“Steve’s vision for Apple stretched far beyond his time with us. He intended Apple Park to be the home of innovation for generations to come,” Cook said in a statement.

Apple Park will offer a pond and two miles of walking and running paths for employees. The company has planted more than 9,000 native trees to replace five million square feet of concrete and asphalt. The new campus, located on the site of an old HP office park, will open for employees in April 2017.

Moving about 12,000 engineers, developers and other staff from the company’s current headquarters to Apple Park will take about six months to accomplish.

Aside from the central structure resembling a flying saucer, the forthcoming campus includes several ancillary buildings such as secure research and development facilities, a 100,000 sq ft fitness center for Apple employees, a visitor center with an Apple Store and cafe open to the public and more.

Powered entirely by renewable energy, augmented by 17 megawatts of rooftop solar and fuel cells from Bloom Energy, the main structure files as one of the most energy-efficient buildings in the world. In addition to the new  campus, Apple will continue to have engineers at its buildings on Infinite Loop.