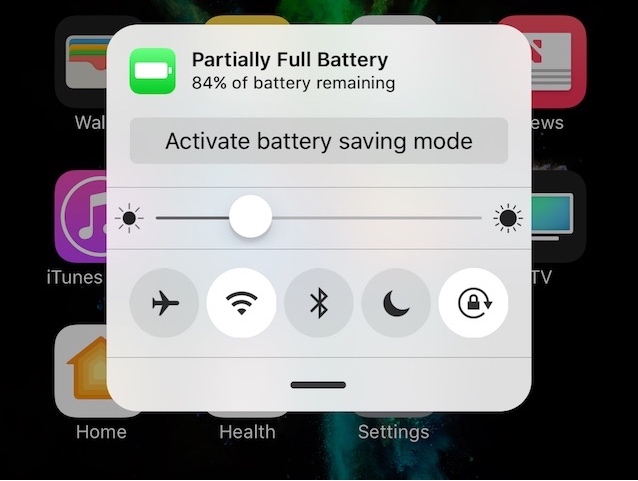 Lots of people take their battery life seriously, and it goes without saying that Apple provides the bare minimum of battery health and information tools; it has often been up to jailbreak developers to fill in these gaps.

A new jailbreak tweak release called Zeal by iOS developers Rabih M. and Stijn aims to answer all the cries from battery sticklers that have yet to be answered by Apple. It provides both an informative battery management interface that you can invoke on demand to see more about how your battery is doing and conserve power.

Zeal can be broken down into two main parts: the alert and the banner. Both provide different features based on what you prefer to see, and we’ll discuss them both below.

The alert mode of Zeal can be invoked manually with Activator and enables you to bring up a window in the center of your screen with information about your battery and several options to save battery at a glance. 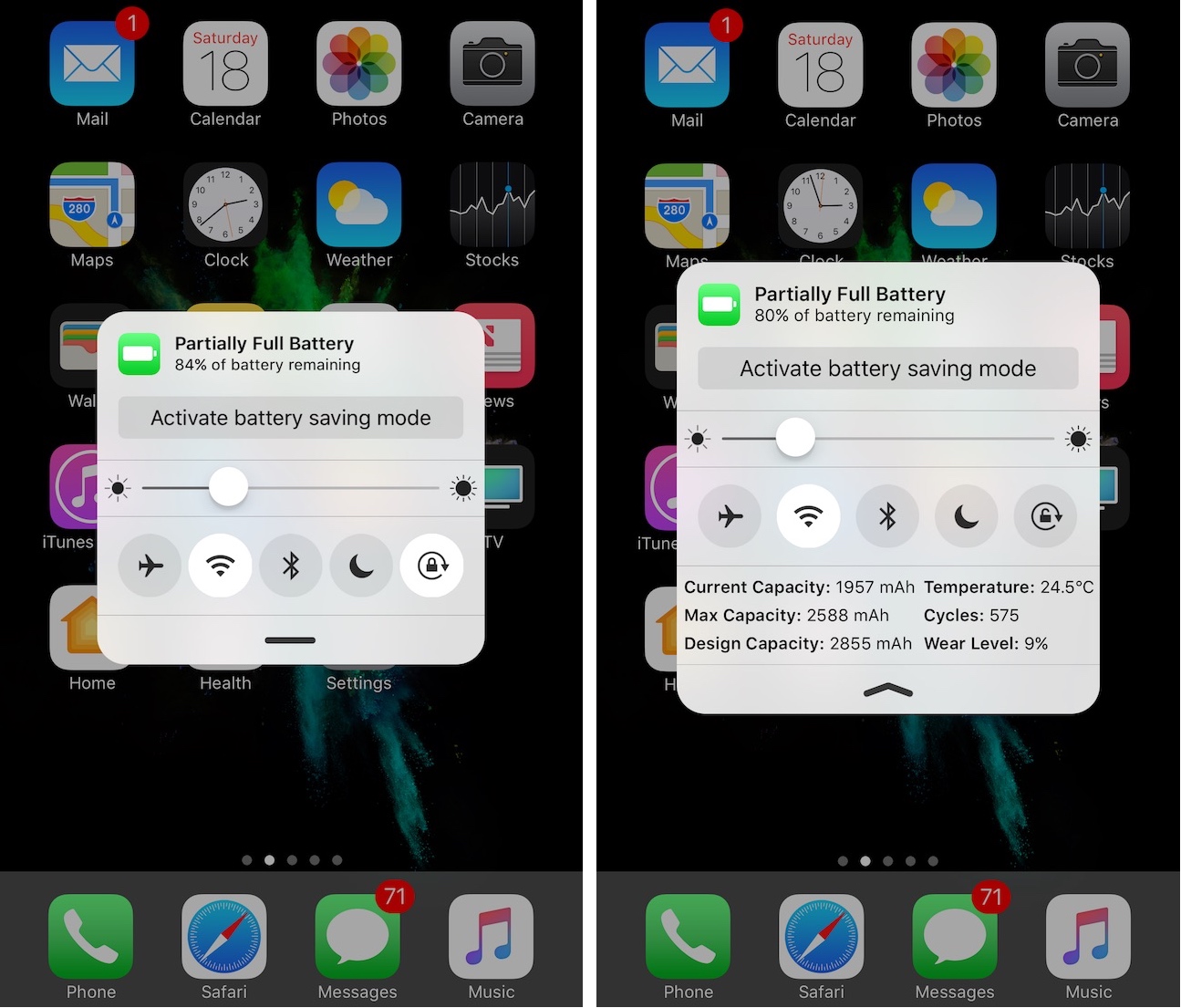 It’s called an alert because it’s based off the alert system that’s built into iOS, hence it looks like an alert-styled notification message.

Once you invoke the interface, you get information about your current battery level. You should also take notice of the easy Low Power Mode toggle button, a display brightness slider, and the Control Center-like toggles right beneath it.

The toggles are all customizable, as you’ll see later in this post, but one thing worth pointing out is that if you pull down on the grabber at the bottom of the alert, you’ll see even more advanced information about your battery that Apple never shows you, including:

This is the useful information that iOS device users will never get to see without a jailbreak. For whatever reason, Apple likes to keep this battery information dumbed-down for the end user. Apple computer users are likely more familiar with this type of information, as it can be pulled up on Macs as well.

It’s worth noting that this data is pulled directly from the battery, so these aren’t third-party algorithms; these are the statistics every battery monger wants to see!

Another way to use the tweak is in banner mode. It’s a bit less informative and offers fewer features, but if you hate the way alerts get in the way of everything, then the banner mode provides a way to get back to what you’re doing without being as disturbed. 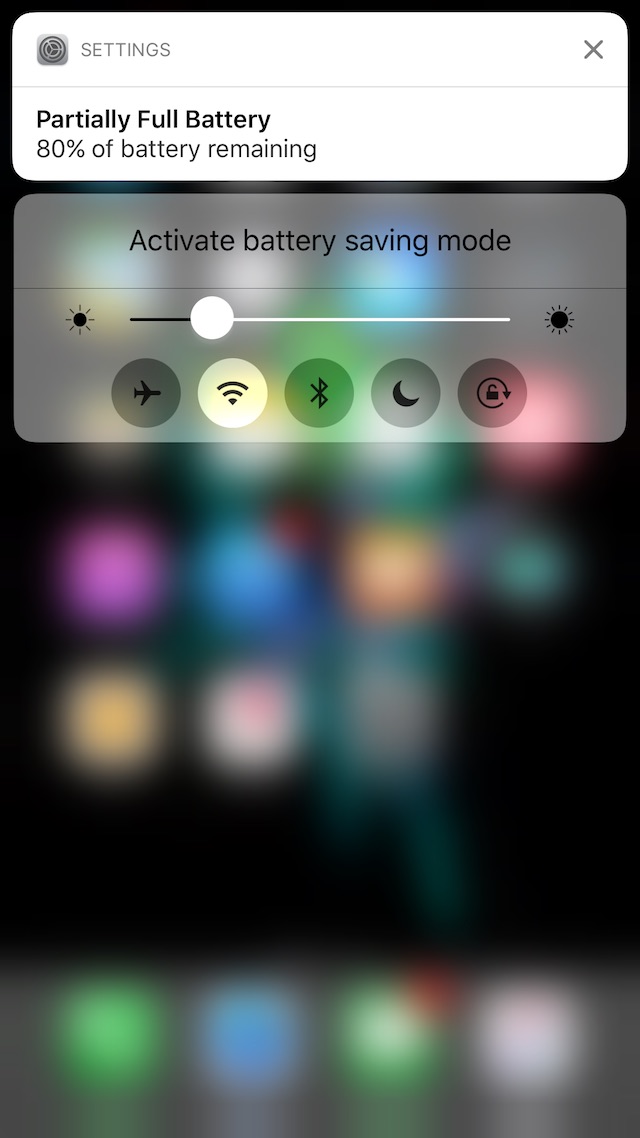 Just like the alert mode above, the banner mode can be invoked with an Activator action. Upon invoking it, you see a notification-style banner that shows how much battery life is remaining; tapping on or pulling down on the banner reveals additional options that are seen in the alert mode as well.

Among the things you’ll see are a Low Power Mode toggle button, a brightness slider, and your toggle buttons. Unlike with the alert view, you don’t get to see all the detailed information about your battery, which is a little disappointing. The banner-style interface is the minimalist option between the two available modes that Zeal comes with.

Zeal adds a preferences pane to the Settings app where you’ll be able to configure the tweak to your liking:

The options you get here include:

A respring button is included right below the toggle switch so you can save any changes you make to the settings.

Once you’re configured, you’re ready to start using Zeal; just use the Activator action you chose, and you should see one interface or the other (depending on what you chose).

Zeal is an incredible release, and if you’re one to keep a keen eye on your battery to make sure you’re getting as much up-time as you feel you should get, then this is a must-have for you.

I think the alert-style interface is the best way to go, as you can see more information at a glance. You don’t really have to worry about it popping up in the way of what you’re doing because you’re manually invoking the interface when you want to see it anyways, so the banner option doesn’t make as much sense to me, personally. Your mileage may vary, as it comes down to personal opinion in this case.

If you want to give Zeal a try for yourself, you can download it for $0.99 from Cydia’s BigBoss repository. The tweak supports all jailbroken devices running iOS 9 and 10.

You might also like: This tweak lets you toggle Low Power Mode by tapping on the Status Bar battery icon

What are your thoughts about the way Zeal presents your battery information to you? Share in the comments!