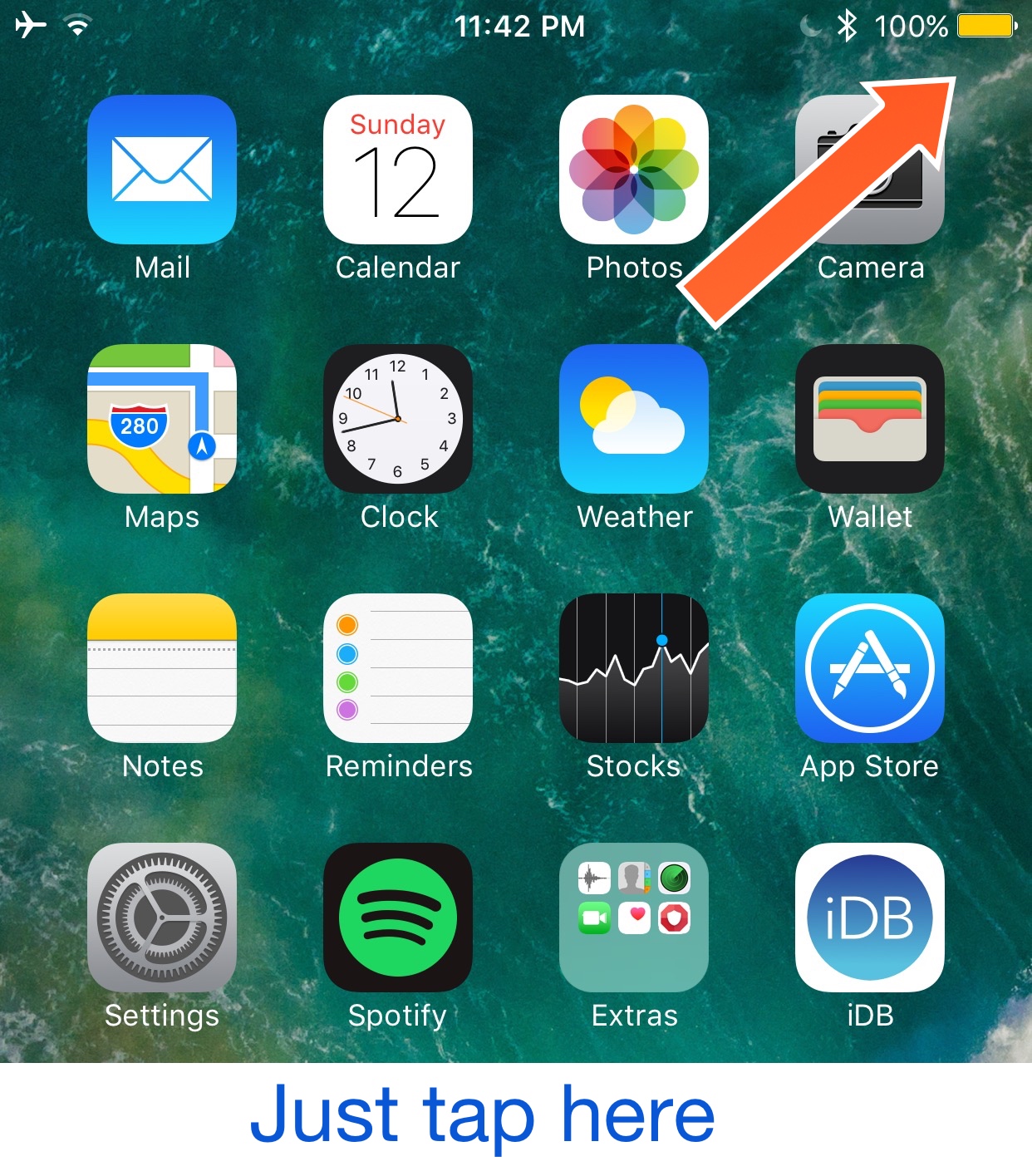 If you use Low Power Mode to save power when your battery percentage gets too low for comfort, but hate how cumbersome it is to turn the feature on, then a new free jailbreak tweak called QuickPowerMode by Olxios&Nico should be the next thing you install on your jailbroken iPhone.

This tweak makes it easier to toggle Low Power Mode. With it, all you have to do is tap on the battery icon in your Status Bar, and this turns the feature on or off.

QuickPowerMode saves a lot of time and energy in comparison to opening the Settings app, going into the Battery preferences pane, and toggling the Low Power Mode switch on.

The tweak is also more efficient than the CCLowPower tweak, which adds a Low Power Mode toggle to Control Center, because you don’t even have to open Control Center to toggle the feature on; that’s one less swipe you have to make!

It’s worth noting that the tweak works from anywhere in iOS, whether you’re in an app, on the Home screen, or even when you’re on the Lock screen.

QuickPowerMode has no options to configure and is available for free from Cydia’s BigBoss repository. The tweak is advertised to work with all jailbroken iOS 10 iPhones.

Do you think you could use QuickPowerMode? Share in the comments below.