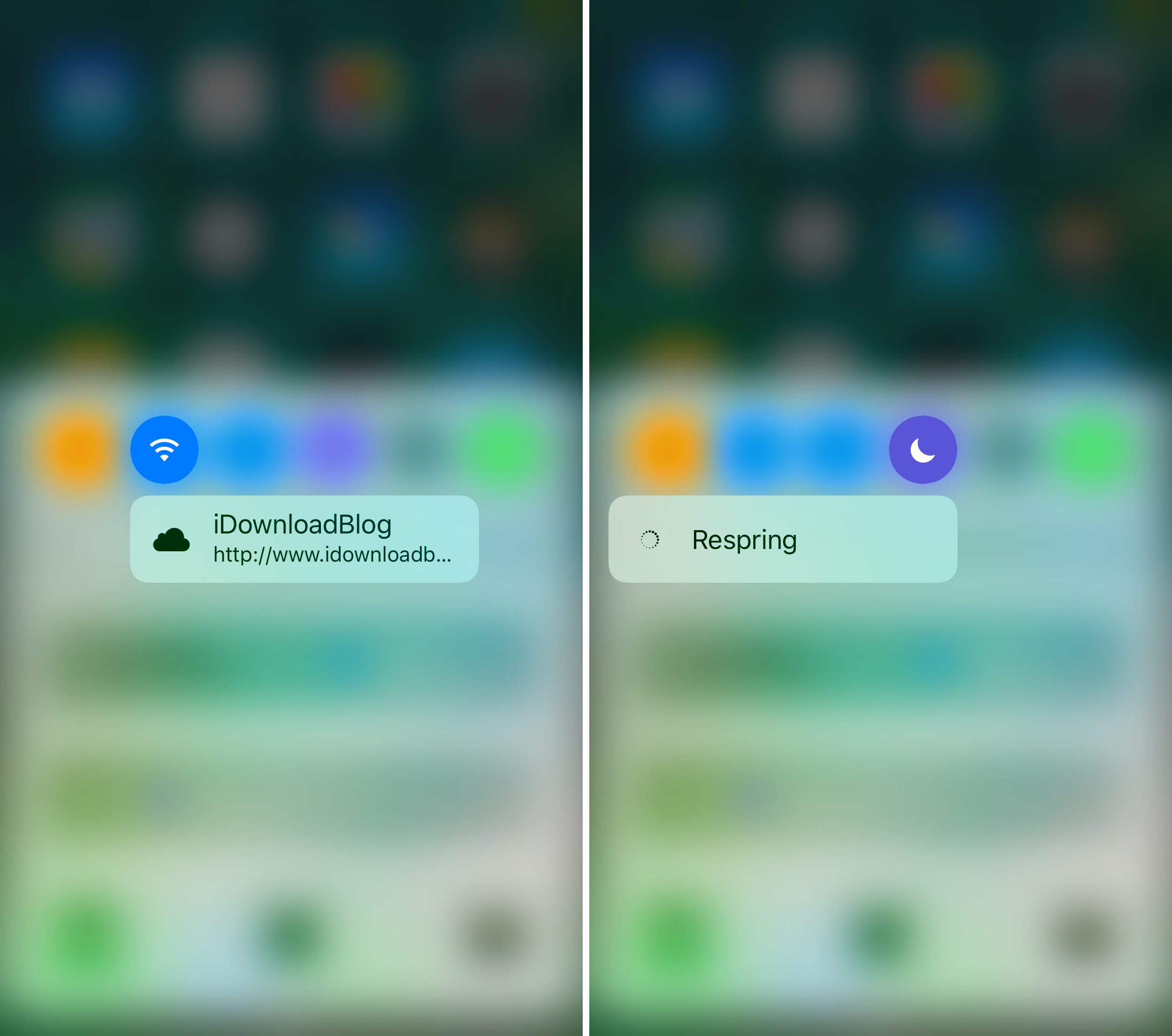 You’ve got to love it when jailbreak developers find a way to turn inconspicuous things into handy shortcuts. They’ve been doing it for years, and now the tradition continues even today with the Yalu iOS 10.0-10.2 jailbreak.

A new free jailbreak tweak called Wormhole, developed by candoizo, is the latest to join the bloodline of jailbreak tweaks, as it lets you turn two of your Control Center toggle buttons into 3D Touch-sensitive shortcuts for respringing your device and visiting your favorite website.

As random as those sound, we’d bet your need for those functions probably comes up quite often. After all, sometimes you need a quick way to respring after changing a tweak’s settings, and you could probably use a quick shortcut to your favorite website almost every day.

When we say “pre-configured,” that means you’re empowered with the ability to select your own website. We chose iDownloadBlog for our example, but you can use any website you like.

The respring shortcut, on the other hand, is non-configurable. That’s just what the developer happened to code into the Do Not Disturb toggle, so you’re stuck with that.

Wormhole adds a preferences pane to your Settings app where you’re going to find a couple of configuration options: 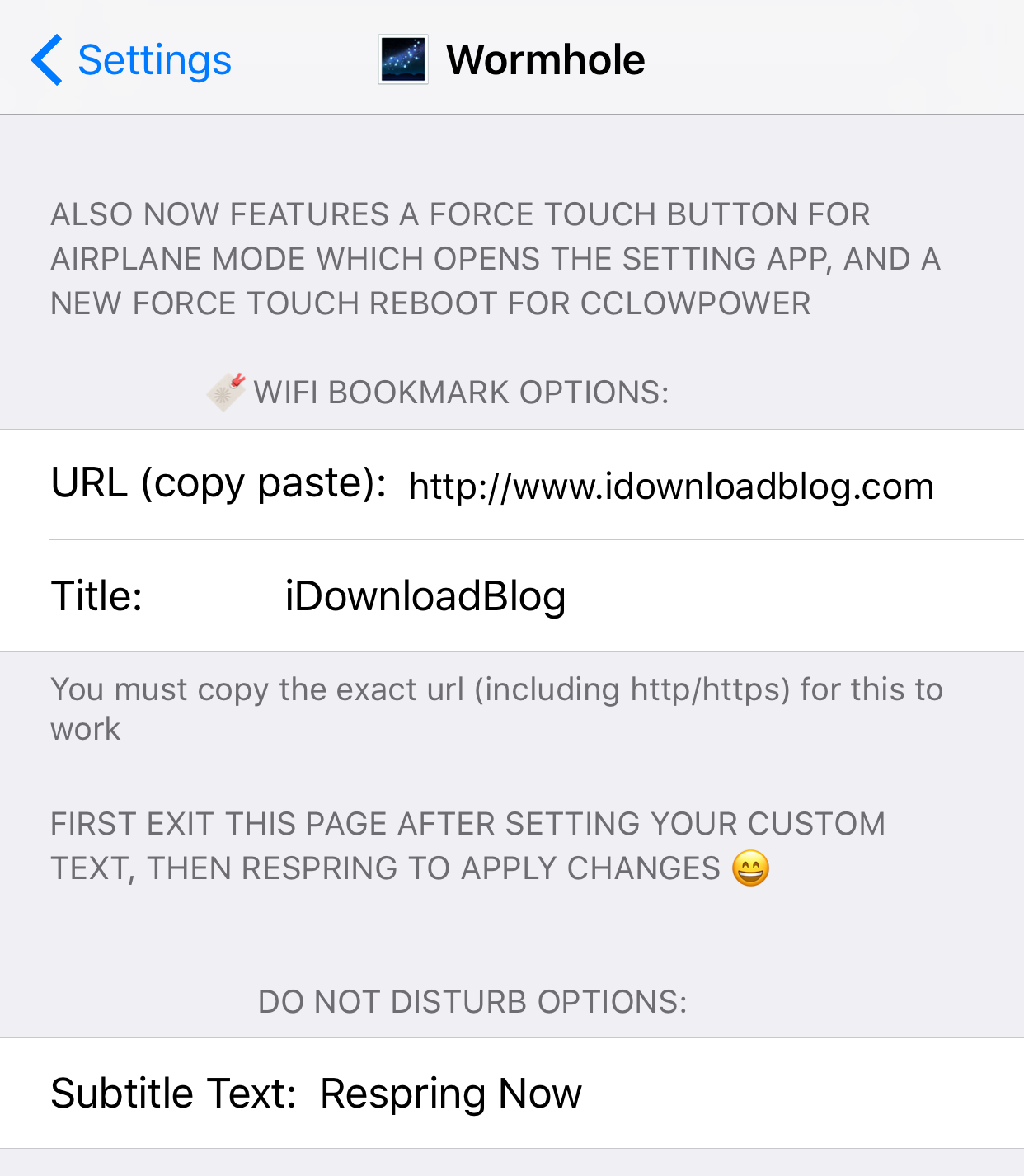 Once you’re all configure, just respring your device to save your changes and you’re ready to rock!

What if you don’t have 3D Touch?

Since not all iPhones and iPads support 3D Touch, you can use another tweak called Peek-a-Boo to enable 3D Touch simulation in Control Center. This tweak is not currently available in Cydia’s BigBoss repository, so to get it, you can follow these steps:

5) Now you should be able to search for and install Peek-a-Boo from Cydia – it’s a free download.

Unfortunately, tweaks like Forcy and RevealMenu won’t work with Wormhole, as they’re intended for use outside of Control Center. So Peek-a-Boo is a better alternative for this purpose.

Other stuff you need to know

Wormhole is free to download from Cydia’s BigBoss repository, but keep in mind that it’s made only for jailbroken iOS 10 devices. That said, you can’t install this tweak on iOS 9 or earlier because Control Center saw a major redesign in iOS 10.

Although the shortcut options seem a little random, I do think that the functionality behind it is pretty useful; after all, it gets you to your favorite site or lets you respring your device with ease.

Will you be downloading wormhole on your jailbroken iOS 10 device? Share in the comments below.