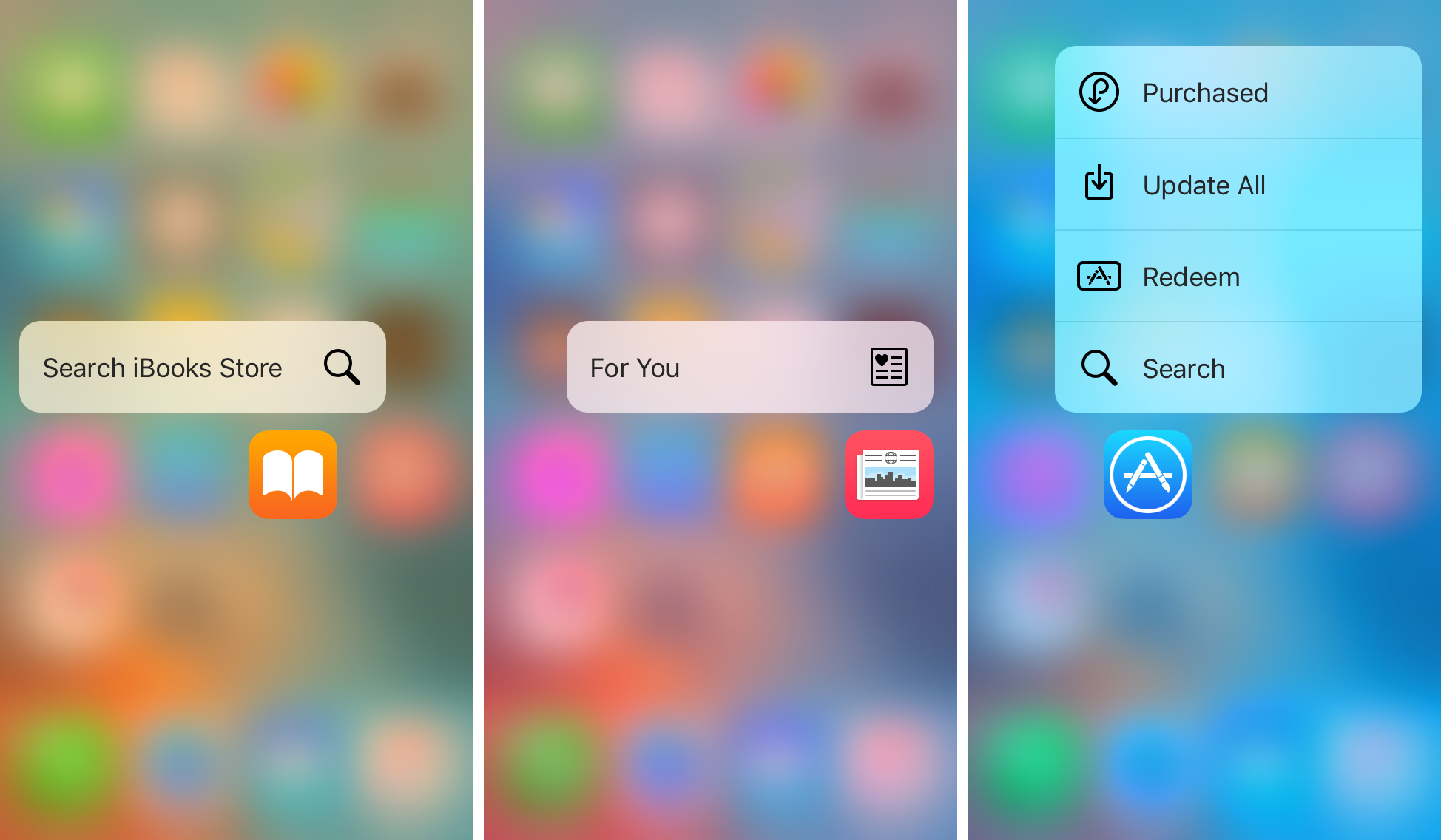 Those who use 3D Touch to access the Home screen menu shortcuts from application icons know its usefulness for getting to specific app actions quickly. On the other hand, all of the 3D Touch Home screen menus are pretty bland, and no matter what app you use the 3D Touch gesture on, the menu is always the same color.

A new free jailbreak tweak called Cuttlefish aims to change that by dynamically colorizing the menu background blur to match the dominant color of the application icon you’re using the 3D Touch gesture on.

The tweak doesn’t colorize the menu itself, but it does tint the background blur, which consequently shows up behind the menu. This makes even the menu appear colorized too, which overall is quite an aesthetically pleasing change.

You can see above that using the 3D Touch gesture on the App Store yields a background blur that’s tinted blue, while the iBooks app yields a yellow tint and the News app yields a red/pink tint.

Since the colors used are the dominant colors of these app icons, the tinted blurred backgrounds really make the app icons pop against any background you might be using.

The features of Cuttlefish would be a really cool aesthetic for Apple to adopt in a future version of iOS, but for now you can get it by downloading Cuttlefish on your jailbroken device for free from Cydia’s BigBoss repository.

Even devices that don’t have 3D Touch, such as iPads, iPod touches, and older model iPhones can use a jailbreak tweak like Forcy or RevealMenu to simulate a 3D Touch gesture on the Home screen by tapping and holding on an app icon instead. Cuttlefish plays nicely with these kinds of tweaks, so realistically, anyone with a jailbreak can use Cuttlefish, whether they have a 3D Touch display or not.

What’s more is Cuttlefish works on both iOS 9 and iOS 10 devices, so even if you’re using Luca Todesco’s beta jailbreak for iOS 10 (which we recommend you don’t until it’s more stable), you can use this tweak right now.

There are no options to configure, so as soon as you install the tweak, you will begin to see these tinting effects. To disable them, you’ll have to remove the tweak via Cydia.

Do you like the aesthetic effects Cuttlefish has to offer? Share your thoughts in the comments below!