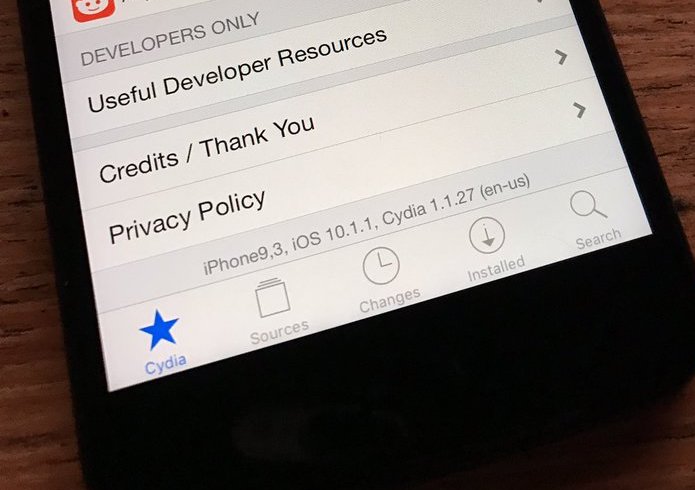 Luca Todesco, better known by his handle qwertyoruiop, has just announced that the first betas of his iOS 10 jailbreak dubbed yalu are now out.

But before anyone begins prancing around and laughing out loud with sheer unadulterated joy, there are some caveats to take note of, as well as some risks to discuss.

TL;DR: do not use this tool unless you know exactly what you are doing.

According to Todesco, the early iterations of his tool are available now. If you have read our warnings below and want to jump right in, you can download the newest version (Beta 3) from his website (mirror). Here are the tweets outlining the details of the tool, posted in the run-up to its release: 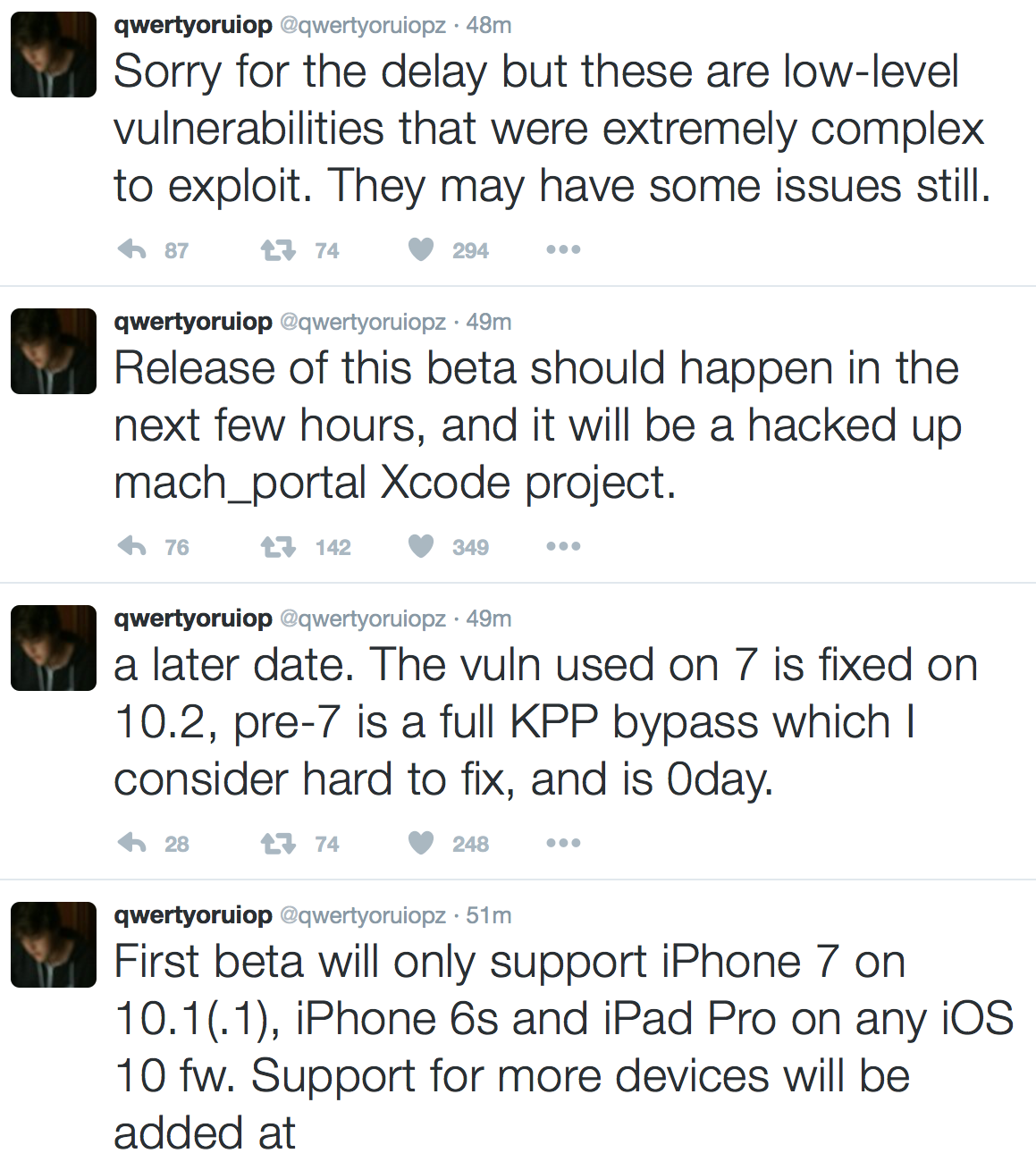 As you can see, along with the news of the release are a few disclaimers to take note of, which I have listed below.

1) The beta tool is not a simple one-click GUI. It is in the form of an .ipa file and requires you to use Cydia Impactor (and therefore a computer) in order to run it. A big thank you goes to Saurik for getting an updated compatible build of Cydia Impactor out with customary superhuman speed.

2) Whilst the process does install Cydia for you, Cydia Substrate is not currently working so very few tweaks will function. Luca has purposefully disabled Substrate for now to discourage anyone except developers from using the tool. Again, this is clearly a sign that caution is advisable unless you’re very sure of what you’re doing. Luca himself calls the yalu jailbreak “glitchy” and “unstable” at present.

4) Luca has also confirmed that the jailbreak is not untethered, as he has little interest in it, and perhaps also due to its difficulty. Recently, untethered jailbreaks have become harder to achieve, and it seems he does not see the benefits (no app to run once per reboot) outweighing the extra costs (time, effort and exploits spent defeating these measures). Instead, the tool is semi-(un)tethered, similar to the Pangu 9.3.3 jailbreak, and requires re-activating after each power cycle.

Should you really try this tool?

Importantly, Luca has recommended that only developers and those with programming experience make use of the tool at first, as you run a slight but real risk of messing up your device, and being forced to restore to iOS 10.2. If you do not know how to fix these situations on your own, and do not accept the consequences of this happening, wait until a stable version of the tool is out.

The jailbreak also likely requires a small amount of savvy to deploy in the first place, so you should also be patient if you are only in the market for a one-click solution.

Of course, it is possible that being forced to upgrade to iOS 10.2 would not be the bitter end for you. If you saved your iOS 10.1.1 blobs and believe the Prometheus downgrade tool will be released on time, and working as advertised, then you might be able to get back to iOS 10.1.1 again. However, it is an unnecessary risk to take for the sake of a couple of days. At best you will have to wait on iOS 10.2 until Prometheus is released on NYE, and at worst you’ll be stuck on 10.2 if it is delayed, or doesn’t work.

Luca has opined that unless he is being overly pessimistic this may be the last jailbreak we see for some time. He may not necessarily be correct of course, but he is better placed to know the state of iOS security than almost anyone else, and is perhaps in touch with various other jailbreaking teams too, so it would be foolish to completely disregard this warning.

For that reason, I strongly recommend jealously guarding your device on iOS 10.1.1 from accidental updates and risky modifications (including Luca’s beta tool), and waiting for his jailbreak to make it to stable primetime. With luck, this will allow you to stably jailbreak in the near future, and to stick with it long-term, if it does turn out that Luca’s warnings about an upcoming drought are correct.

Are you excited about this release? What do you need to see before you consider the tool stable enough to make the jump?