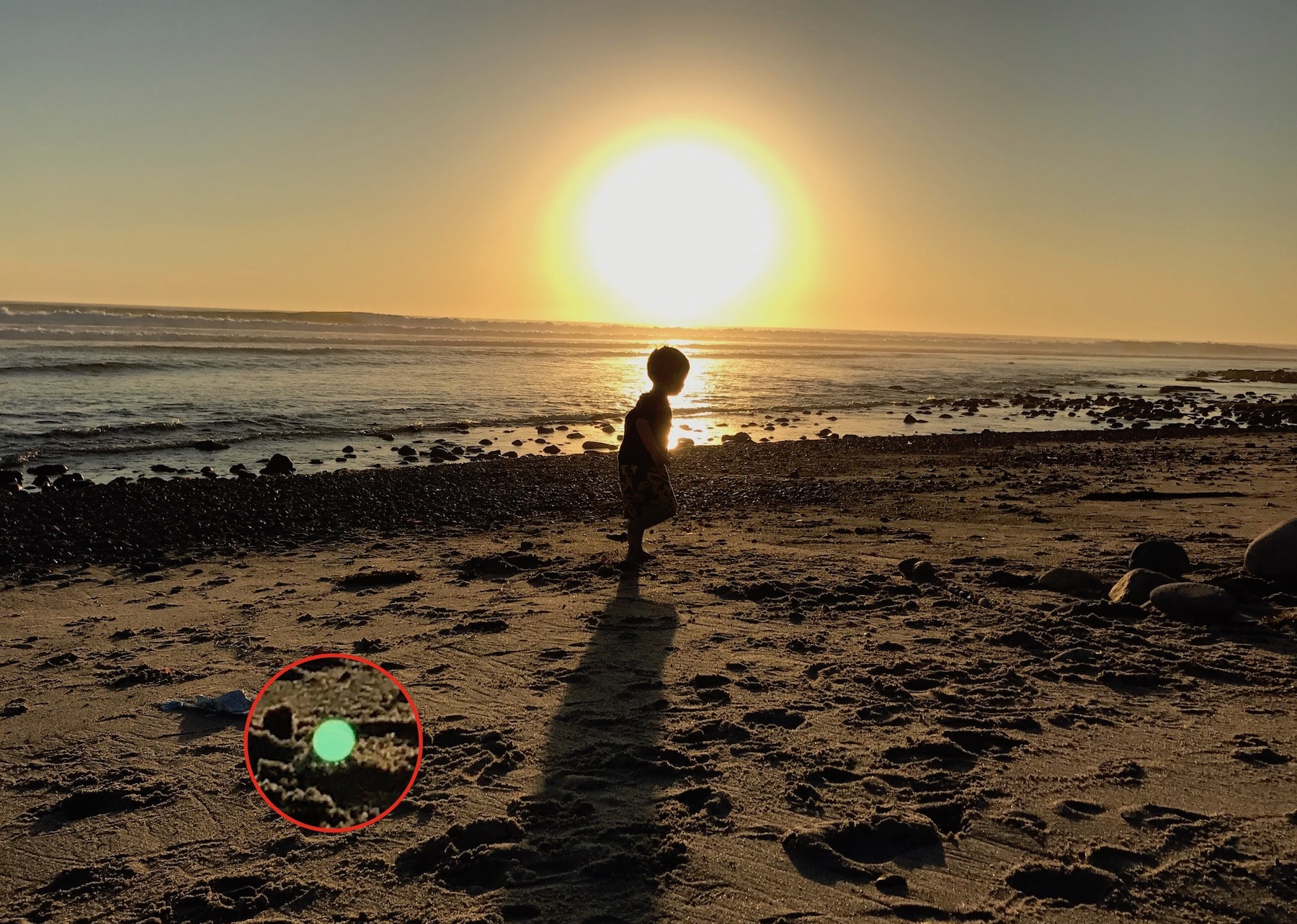 Have you ever shot a photo of a beautiful sunset and later realized there was a green dot in the middle of it, ruining it all? Fortunately, there is a way to easily remove that green spot from your iPhone photos.

In this post, I will explain what the green spot is, how you can prevent it from appearing to begin with, and how to remove that green dot from your existing photos.

This is an all-too-common problem for iPhone users that you’ve probably experienced before. Despite what some may believe, the apparition of a green spot in your photos isn’t an indication of something wrong with your phone. Let me explain.

What is the green dot on my iPhone photos?

In most cases, the green spot, haze, or flare will happen when taking a photo with a strong source of light in the background. For example, if you’re taking a photo of the sunrise, sunset, or just about anything with the sun or a bright light somewhere in your field of view, or even outside the field of view, you will likely end up with that dreaded green spot, some lens flare, or haze.

The problem is due to the light coming in at a specific angle and reflecting off the surface inside the camera, or the lens cover. Regardless of the iPhone model you may be using (iPhone 8, iPhone X, iPhone 11 Pro, etc…), this is a problem every iPhone user is subject to.

This is not a defect of your iPhone either. It’s just physics playing tricks on you, and to be fair, virtually any camera, big or small, can be subject to the same issue. However this can be less of an issue on standalone DSLRs with a UV filter or a rotating polarizer.

How to prevent that green spot from appearing in your photos

Once you are aware of that green dot and the cause of it, it becomes much easier to actually try to prevent it from happening in the first place. There are a couple of things you can do to either attenuate or prevent the spot from showing.

Another workaround requires that you shield the lens of the iPhone with your lens. I find this method to provide inconsistent results, but know that this is an option.

How to remove the green spot from from your iPhone photos?

If you have a few pictures in your Camera Roll that have been affected by these issue, you can easily remove the green dot from these photos.

There are many applications in the App Store that allow to do this, but there is one in particular that I find to be the best. It’s called Snapseed, and it happens to be free too. While it is offers many tools to edit photos, it has one specific feature called Healing. This is what will allow you to remove the green dot in a non-destructive manner.

2) Launch the app and load up the photo you want to retouch.

3) Tap the Edit button (the one that looks like a pencil) in the bottom right corner, then select the Healing tool. 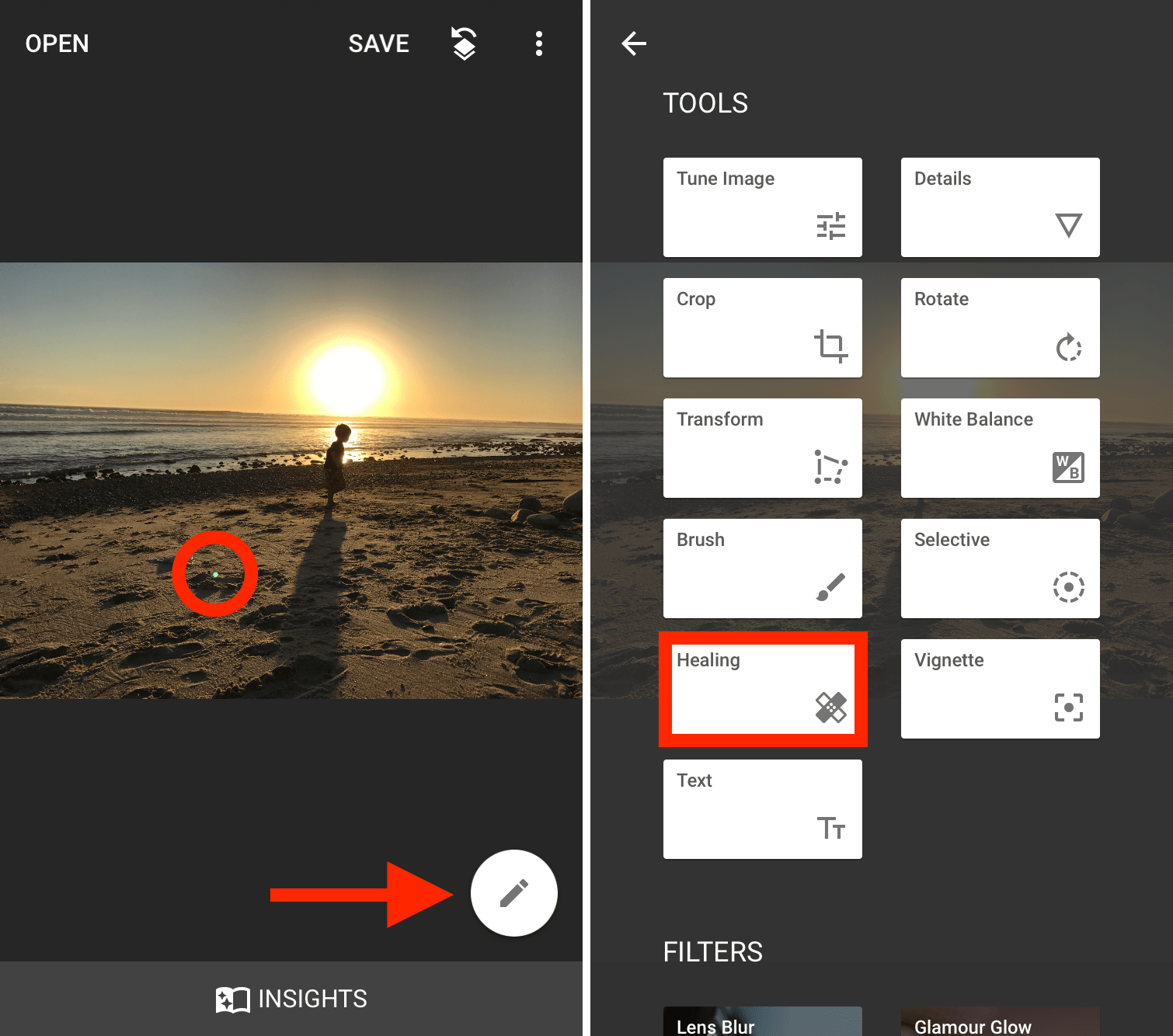 4) Zoom in as much as you can on the green spot by pinching on the screen with your fingers.

5) When you’re close enough to the green spot, use your finger to draw over it. As you take your finger off the screen, you will see Snapseed work its magic and remove the spot, making it look like it never was there in the first place. 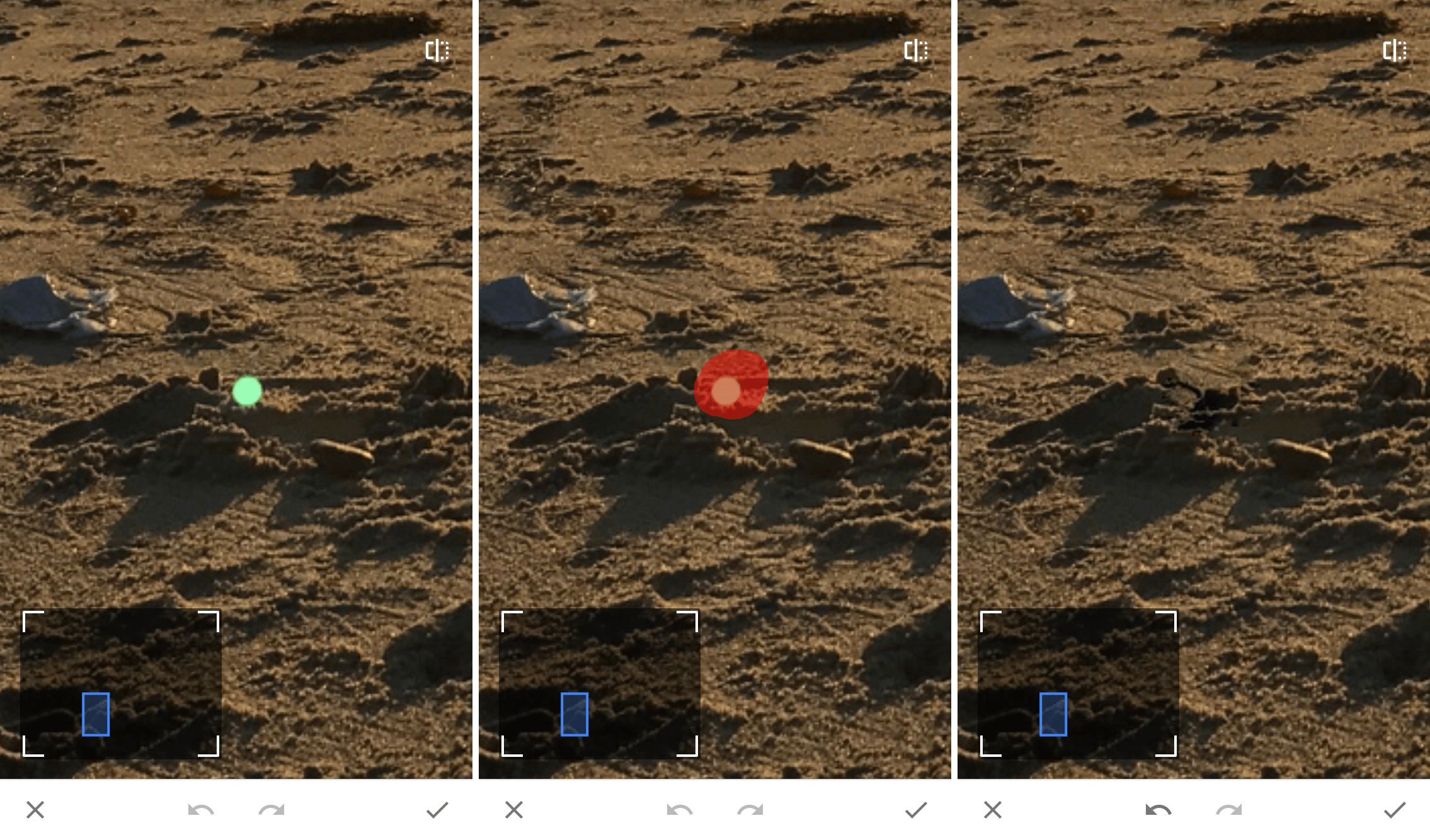 6) Tap the checkmark at the bottom right corner of the screen to save your edit. Then save your photo to your Camera Roll. 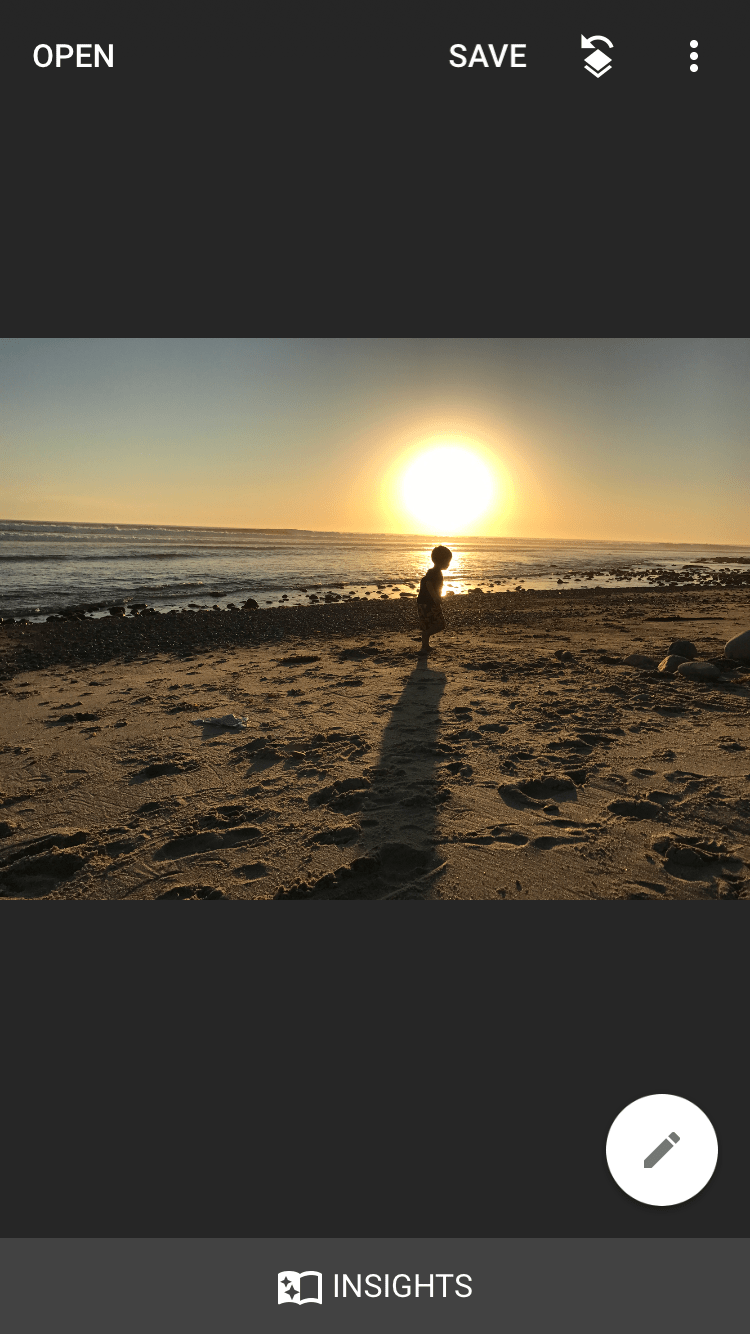 Unfortunately, the green spot in iPhone photos is probably something we’ll have to deal with for years to come as it really is a physics problem. But once you are aware of it, it becomes much easier to make simple adjustments to the way you shoot photos to avoid that issue. And worst case scenario, you can always touch up your pictures to remove the green dot.