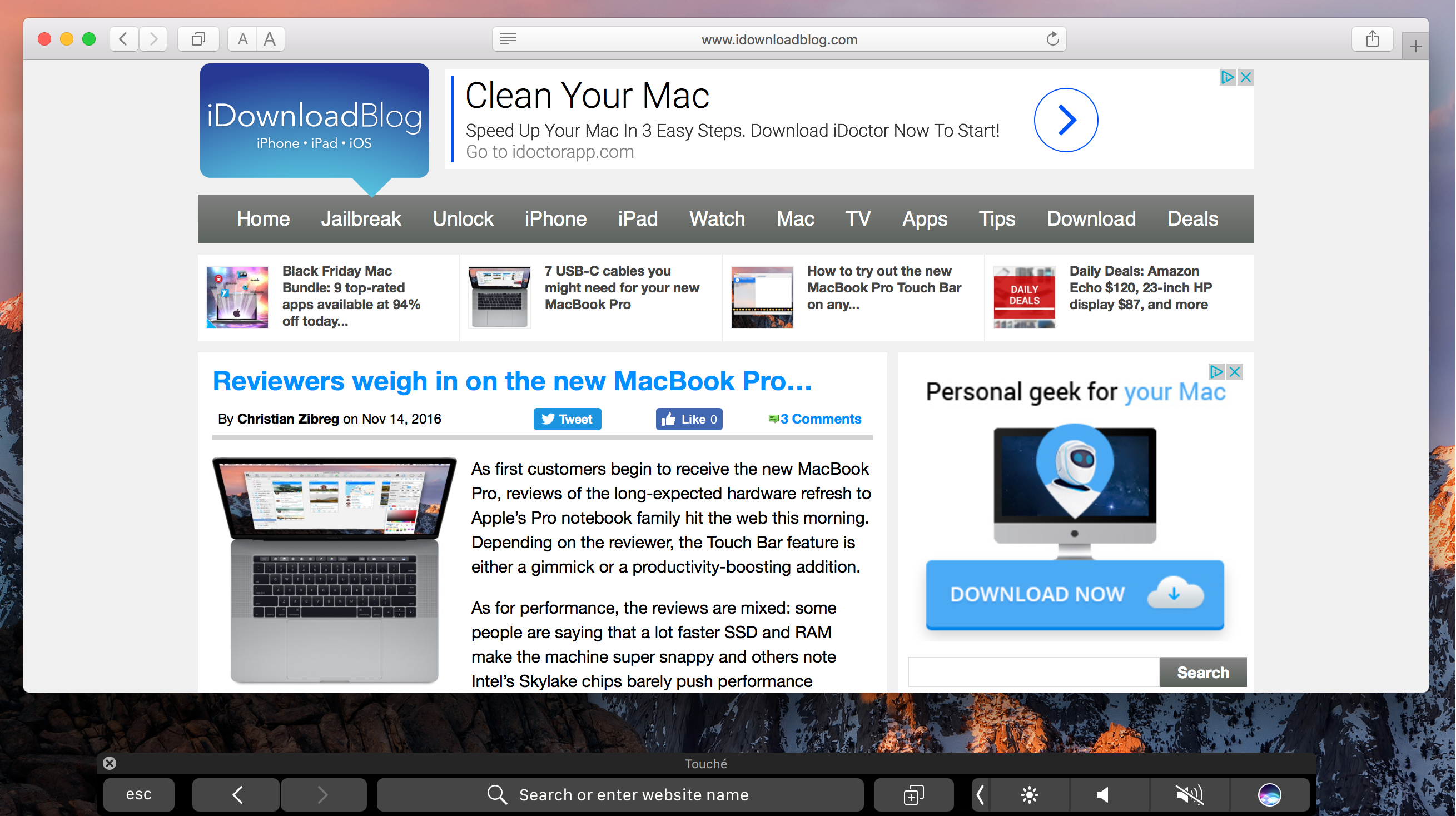 The Touch Bar is an exciting new feature that comes with the higher end MacBook Pro Apple unveiled last month, but you don’t have to buy a new MacBook Pro to experiment with the Touch Bar resources that come baked into macOS on every Mac.

Last week we showed you a way to simulate the Touch Bar experience with a third-party app that utilizes the resources already in macOS, and now, another app called Touché is bringing a cleaner implementation of the Touch Bar simulator to all Macs.

You can tell what version of macOS you have by going to  → About This Mac → System Report and then opening the Software section in the System Report window: 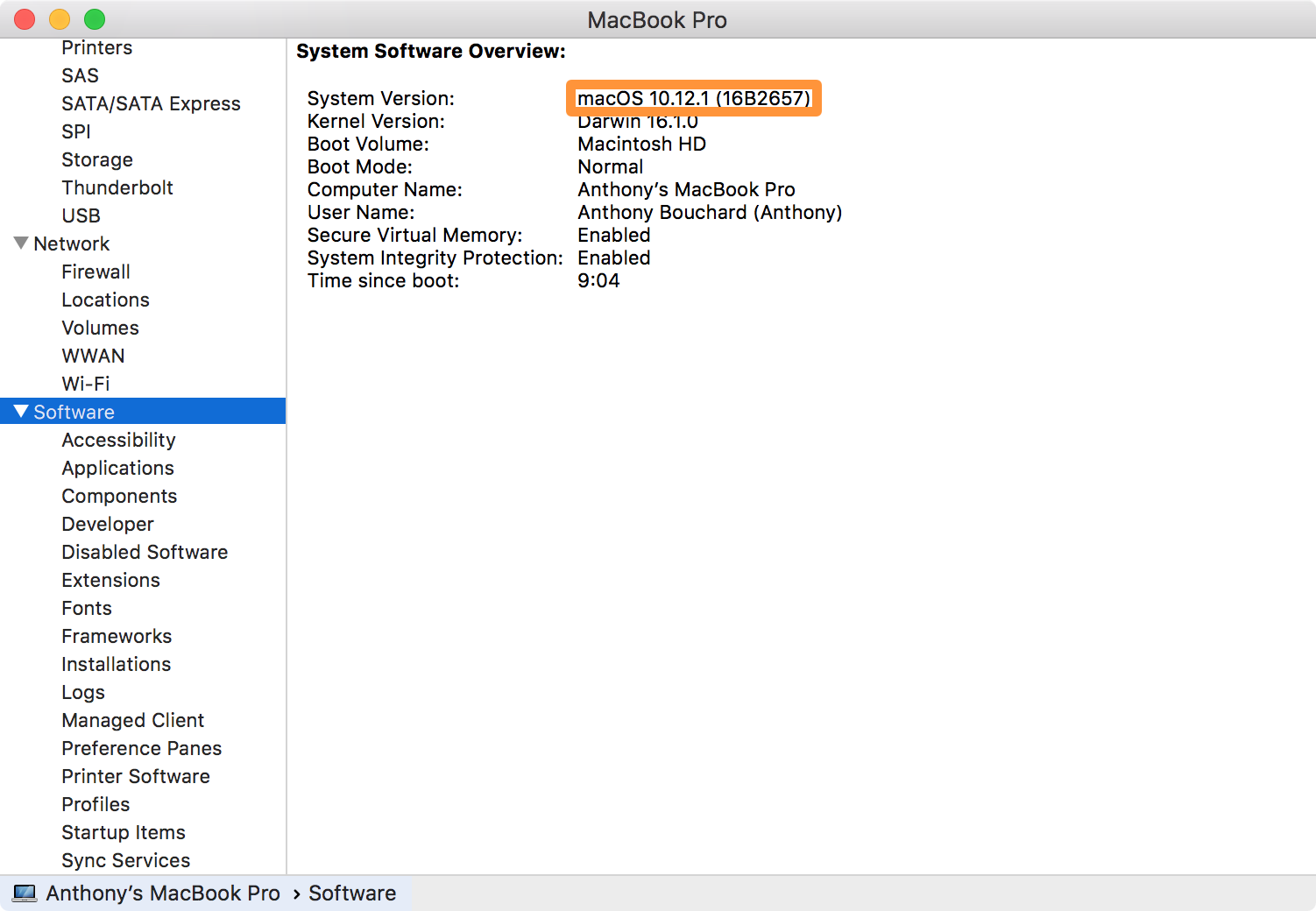 After you’re up to date, you can simply download the Touché app from the developer’s web page. Once downloaded, you’ll get a .zip file you can double-click on to reveal an app that can be dragged to your Mac’s Applications folder: 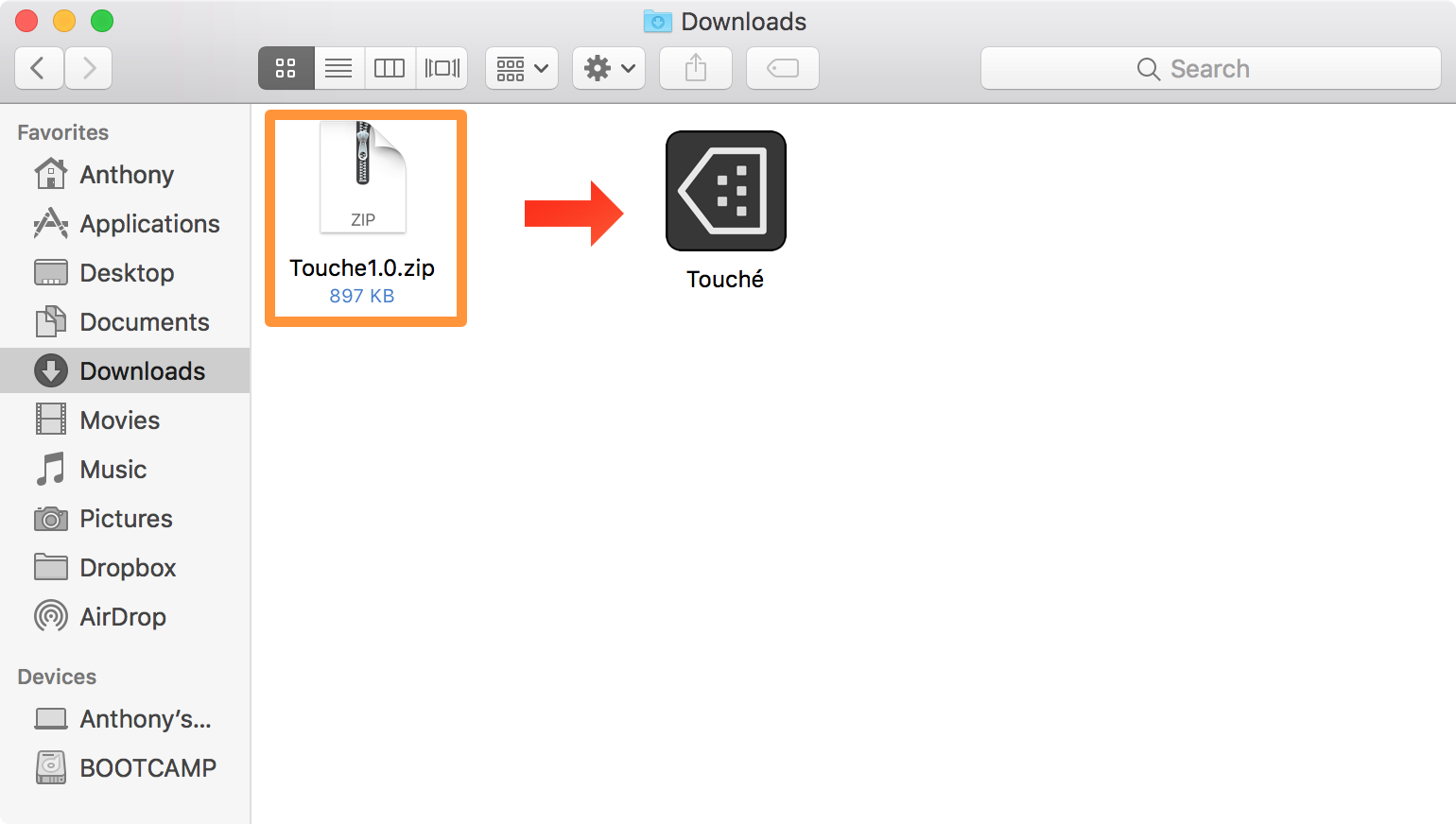 Putting Touché in your Applications folder is optional, but when you’re ready to try the Touch Bar on your Mac, simply double-click on the Touché app, and this will launch the Touch Bar simulator:

Just like the actual Touch Bar on the higher end 2016 MacBook Pro, the Touch Bar simulator responds to different apps by transforming its interface to match actions you can perform in said app. 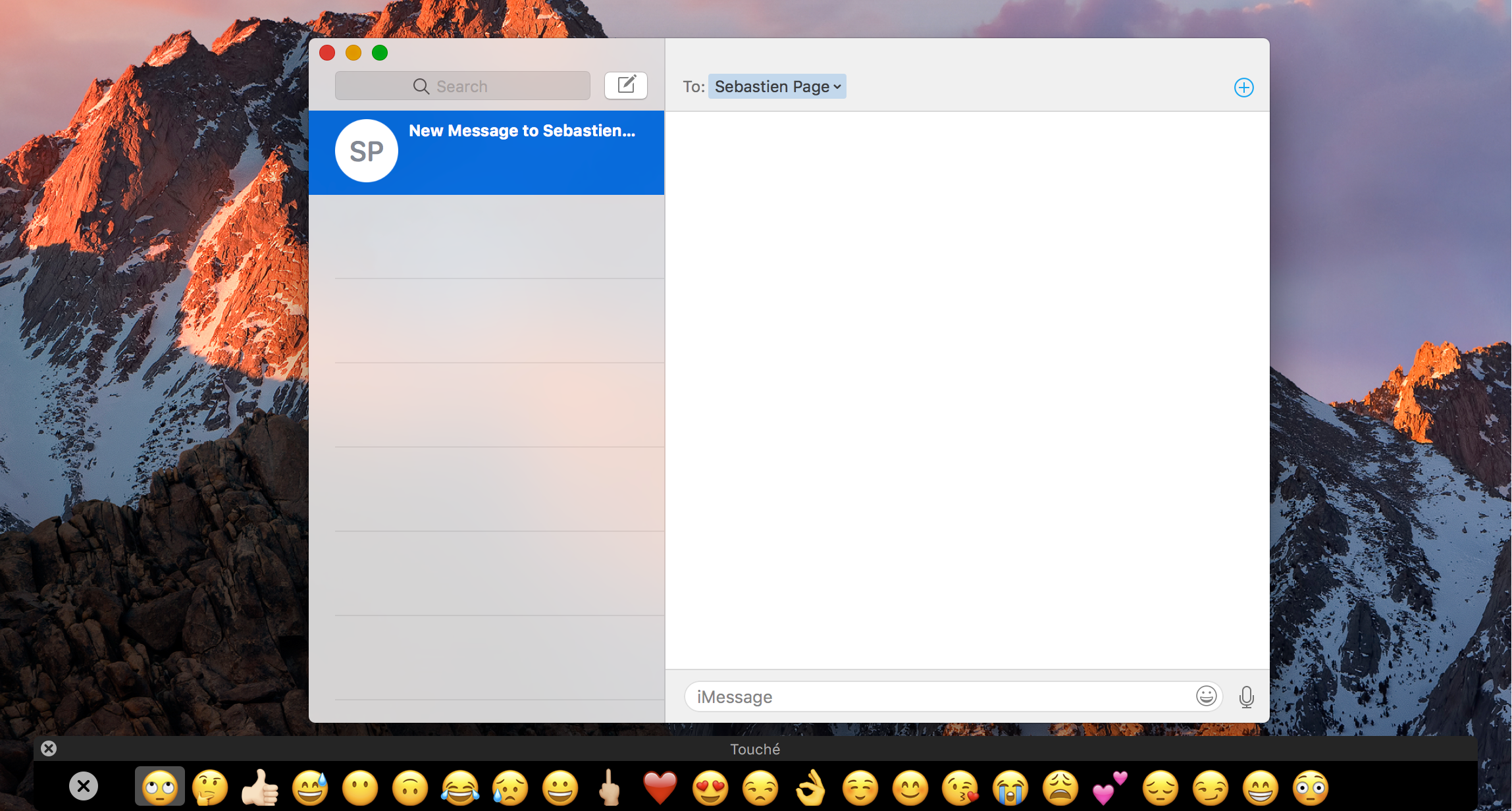 Third-party app support will come on an app-by-app basis as developers update their apps to support the Touch Bar. As you probably guessed, Touché will work with those apps as well.

Whenever you’re not in an app, Touché is going to show basic buttons that look like the top of your current Mac’s keyboard. Those include shortcuts to Exposé, Mission Control, display brightness settings, and volume settings, among others. By pressing and holding on the fn key on your keyboard, Touché’s interface becomes a row of function keys.

You can click and drag on anything from the Touché interface, and it will perform just like it would if you were using the actual Touch Bar on the 2016 MacBook Pro.

You can also configure a few options for Touché. To do that, you’ll go to Touché → Preferences in the Menu Bar: 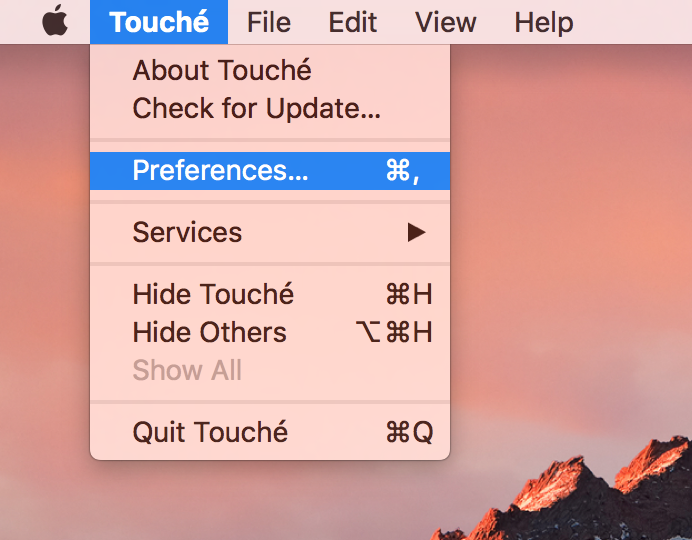 This brings up the following preferences pane: 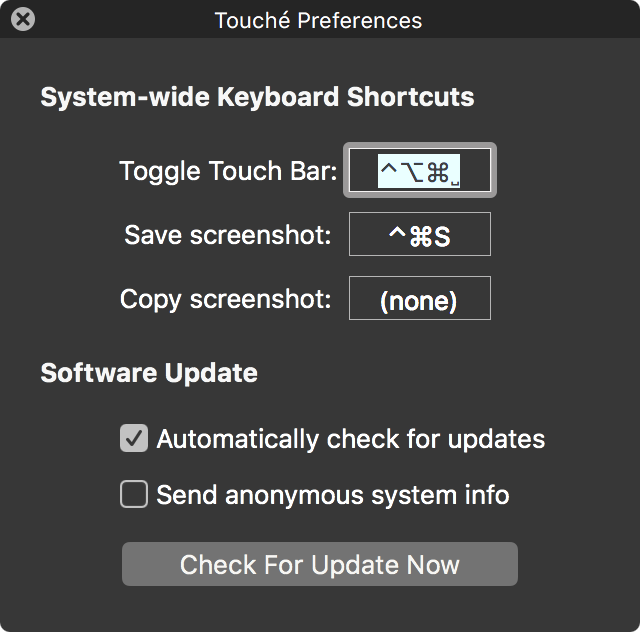 Here, you can configure a toggle shortcut for the Touché interface, mess around with some screenshot settings, and enable automatic updates so the developer can alert you of updates for the app whenever they’re available.

Pro Tip: If you want Touché to start whenever you turn your computer on and sign into your Mac, all you have to do is right click on the Dock icon and go to Options → Open at Login, like so: 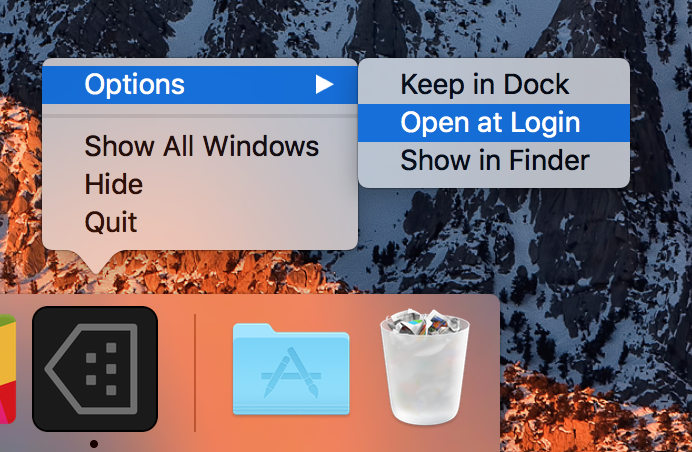 At this point you’re probably wondering whether Touché or the hack from last week is better. Honestly, it’s difficult to say. Touché has some perks, like automatic updating and an integrated close button, but I think I like how the alternative would hide in the Menu Bar rather than in the Dock because I’m a bit of a minimalist and I hate extra clutter.

In terms of functionality, both behave exactly the same and can be toggled with a keyboard shortcut, making each just as convenient as the other to use. In either case, both are free to use and both require the same version of macOS to install, so you just have to choose whether you want a Menu Bar icon or a Dock icon.

Are you going to install Touché on your Mac? Share in the comments below!