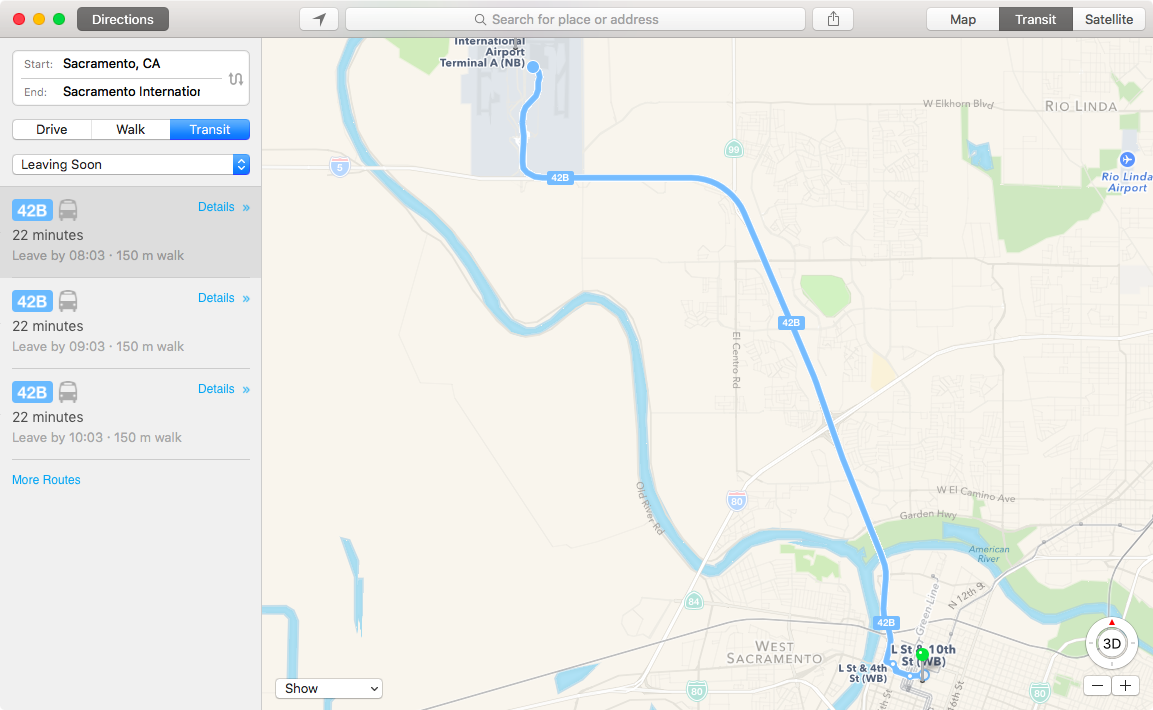 Having recently rolled out support for transit directions for Sydney Trains in Australia’s New South Wales and for buses, subways, commuter rails and other transportation options in Seattle, Portland, Oregon and Montreal, the second-largest city in Canada, the Transit feature is now available to Apple Maps customers who live in Sacramento, California. To use transit directions on Apple Maps, simply enter navigation mode and then tap the Transit button, if available.

Although Apple’s iOS Feature Availability webpage had not updated at post time to reflect the addition of transit directions in Sacramento, counting today’s update Apple Maps’ Transit future is now available in a total of twenty cities in the United States, the United Kingdom, Germany, Canada, Mexico and other places around the world.

In China, Transit data on Apple Maps is available for 30 cities.