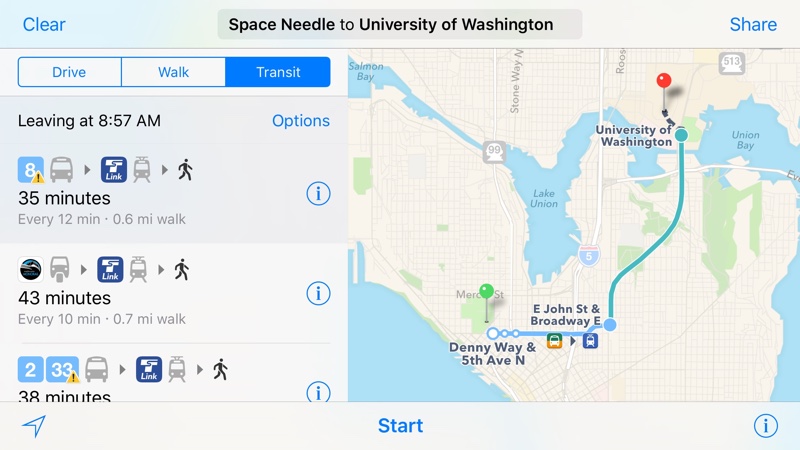 Including Seattle, Transit directions were available at the time of this writing in more than sixteen major cities across Apple’s largest markets, including:

With the Transit feature, iPhone, iPod touch, iPad and Mac users can use the stock Apple Maps application to check out departure times, routes and other information pertaining to buses, trains, ferries and other forms of public transportation.

Transit information was first added to Maps with the iOS 9 debut in September 2015.

The official iOS 9 Feature Availability webpage breaks down Apple’s services, including Maps’ features like Transit and Flyover, by regional availability.