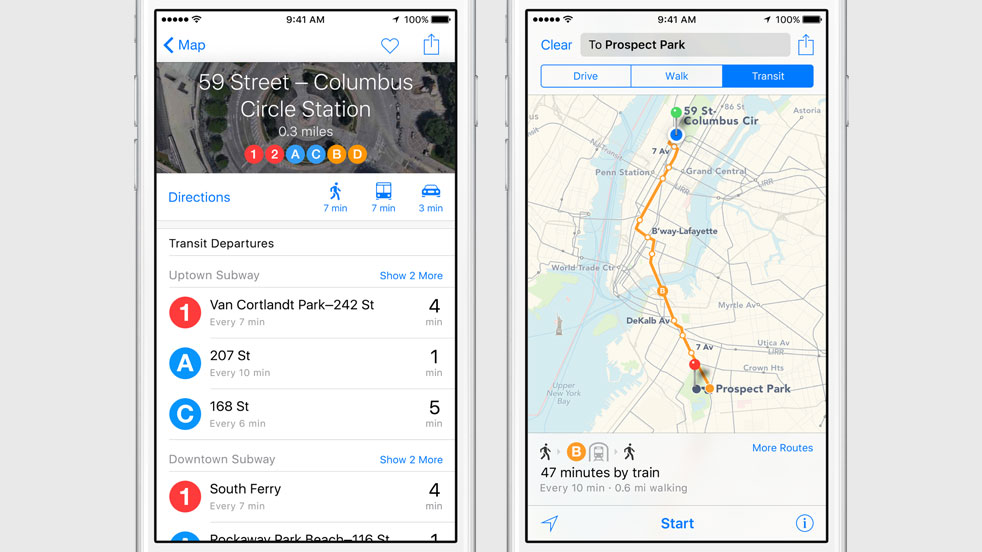 Over the past few days, Apple’s expanded availability of Transit data on its mapping service to include Portland, Oregon and Montreal, the second-largest city in Canada. Just a month ago, Transit data was added for Austin, Texas, in time for the annual South by Southwest festival.

It also brought 3D Flyover views to five new locales in Germany, Japan and the United Kingdom and expanded the Nearby feature to select new places in Austria, Denmark, Japan and Switzerland.

With the Transit feature, iPhone, iPod touch, iPad and Mac users can use the stock Apple Maps application to check out departure times, routes and other information pertaining to buses, trains, ferries and other forms of public transportation.

Transit information was first added to Maps with the iOS 9 debut in September 2015.

Apple still has a long way to go to catch up with Google Maps, which provides transit data in many countries around the world. Unlike Google, Apple also offers maps of underground subway and train stations with track and time information.

The official iOS 9 Feature Availability webpage breaks down Apple’s services, including Maps’ features like Transit and Flyover, by regional availability.