Facebook Messenger is among one of the most popular third-party cross-platform messaging services available on the internet today; Almost everybody with a Facebook account uses it, whether they want to admit it or not.

Recently, we showed you how you could hide notification previews from the Lock screen for the Messages and Mail apps, but in this tutorial, we’ll be showing you how to do the same thing with messages coming in from Facebook Messenger on your iOS devices.

Why to hide notification previews from the Lock screen

Whenever you put your iOS device down somewhere, or leave it in a purse somewhere, all it takes is a button press, whether you have a passcode or not, to see who might be messaging you on Facebook and a rather chunky preview of what they’re saying to you. Chances are, the preview has enough characters for nosy people to get the gist of what your conversation is about, and this means your privacy is at risk.

Hiding the previews from the Lock screen means that Facebook Messenger will tell you that you have a missed notification, and it will even show you who the message is from, but it won’t show any of the contents of the message on your Lock screen. This way, someone who ends up with your device won’t know what was being said, as long as the device is passcode protected (which it should be!)

Hiding Facebook Messenger notification previews from the Lock screen is an easy task. To do this, you can follow these easy steps: 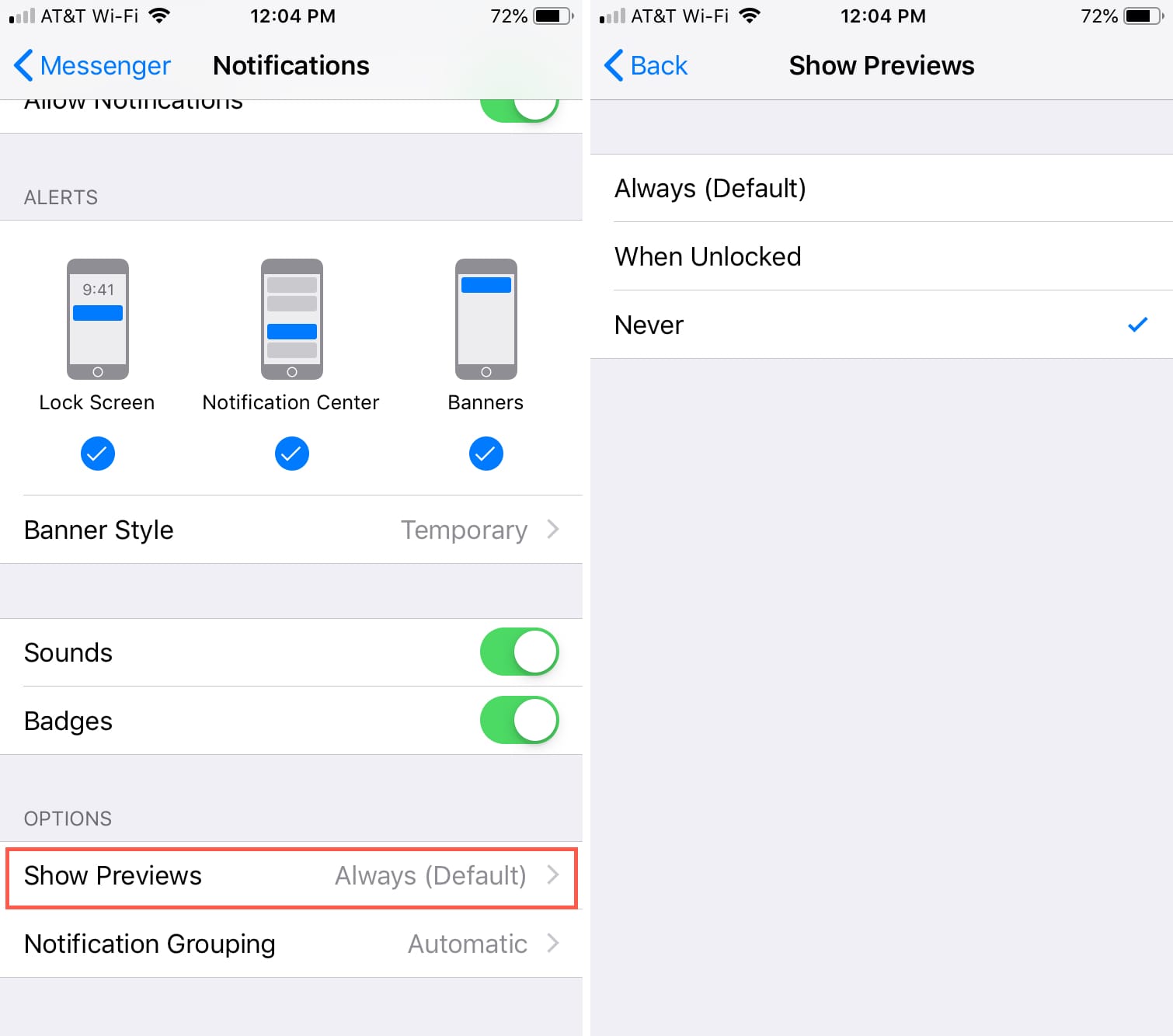 Step 3: Now, all future notification previews should be hidden from the Lock screen; see the example below. 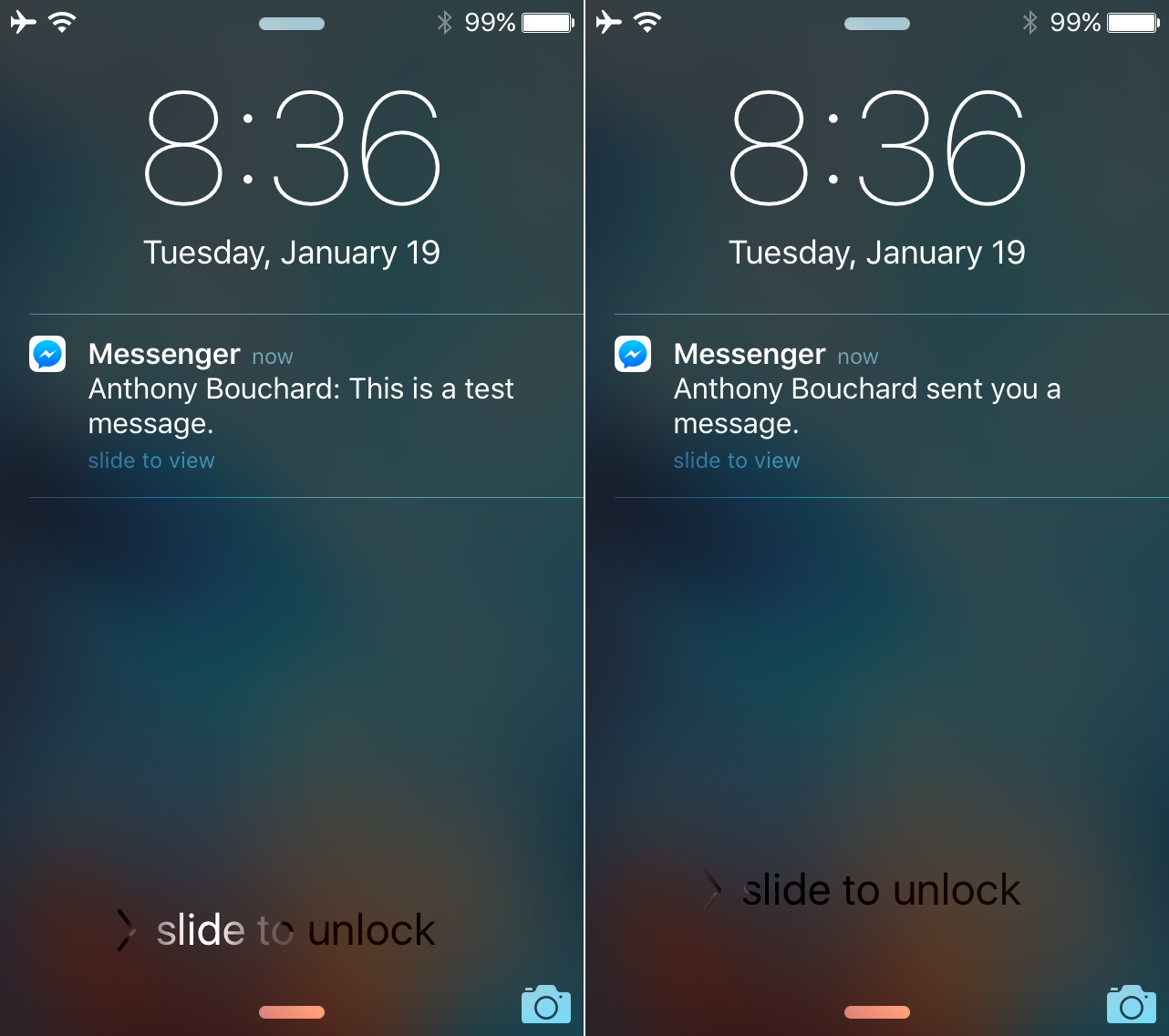 When notification previews are hidden, the name of the sender still appears – the content of the message, however, is hidden so that no one without your passcode can see your conversation and hinder your privacy. In our example, before we turned Show Previews to Never, you can clearly see above on the left the content of the message, but now, Facebook Messenger only says, “Anthony Bouchard sent you a message” and left it at that.

It’s worth noting that this feature also hides notification content from alert and banner notifications, as well as the Lock screen – this way, when you get a notification while you’re in another app, or doing something else on your device, anyone peeping over your shoulder can’t see the contents of notifications from the banners either.

Should you turn off notification previews?

Should you do this on your iOS devices with Facebook Messenger installed? – Well, only you can answer that question; and you have to weigh in whether or not there is a high possibility that someone you don’t know will get ahold of your iOS device and start peeping through your messages via the Lock screen or not.

It’s a great feature to take advantage of if you like your privacy, but if you don’t foresee it being much of an issue with you that someone might be able to snoop, then there might not be a concern for you to take this action.

If you don’t already have the Facebook Messenger app installed, it can be had as a free download from the App Store.

Also read: How to increase privacy in Safari for iOS

If you found this tutorial helpful, drop us a comment below!