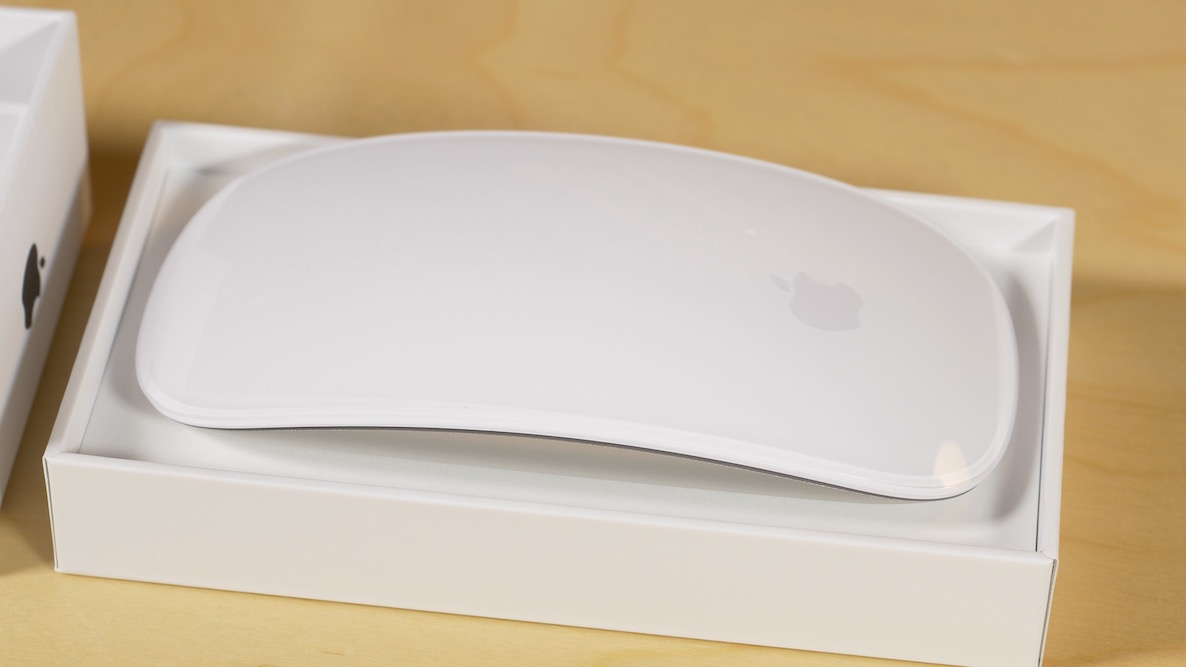 I’ve been a huge proponent of the Magic Mouse ever since it first debuted. I use this mouse almost daily, even though I have a MacBook with a trackpad.

When editing video in Final Cut Pro X, a mouse is pretty much a necessity due to the precision required. With this in mind, the Magic Mouse is one of my most cherished companions when it comes to my daily workflow.

As you know, Apple just updated its Magic Mouse with several new features. The headlining feature of the new Magic Mouse is its built-in rechargeable battery. The new mouse is also lighter with a sturdier build and features an optimized foot design for better movement. But for existing Magic Mouse users, is it worth the upgrade?

Outside of the rechargeable battery aspect, there’s really little incentive that’s apparent at first glance to incite you to upgrade. But after using the Magic Mouse 2, I can say that there are some noticeable differences. First, there’s the tracking—the mouse glides more smoothly over the surface of my wooden desk. That’s largely in part to the slightly redesigned rails that allow the mouse to float along a surface. It’s not immediately noticeable, but after comparing the two, the new mouse feels smoother in its glides and makes less friction noise when moving it. 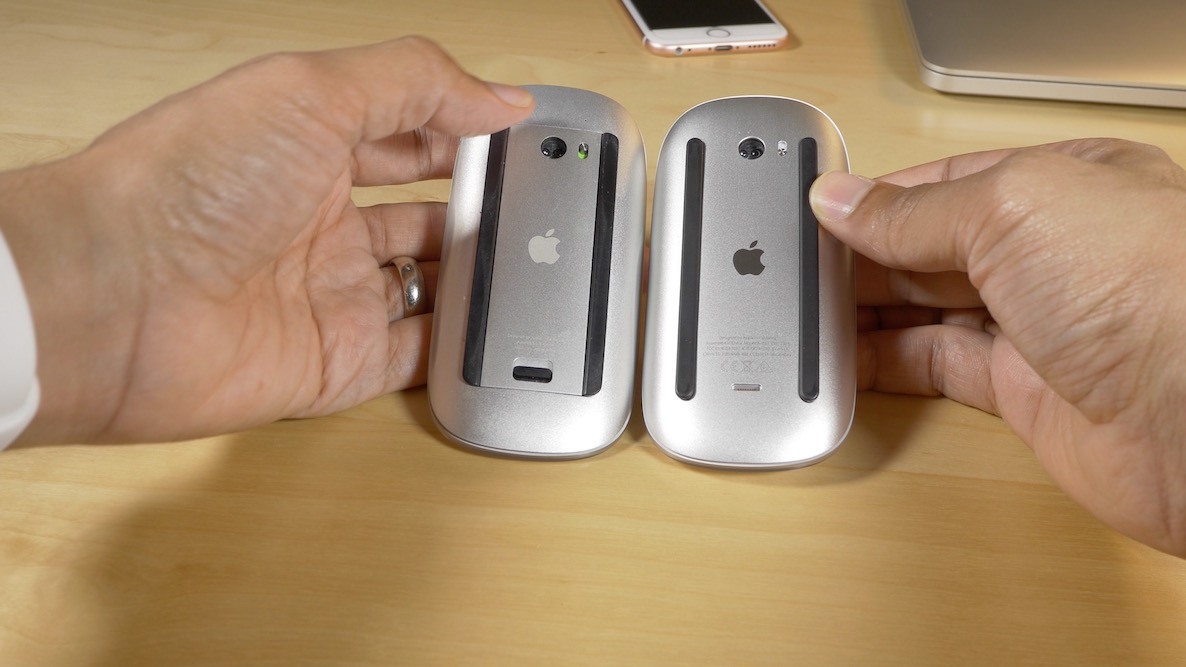 One of the coolest features of the Magic Mouse 2 is that it pairs pretty much instantly with your Mac as soon as you plug into the USB port. Anyone who’s ever been frustrated with the way Bluetooth can be finicky at times will certainly appreciate that. 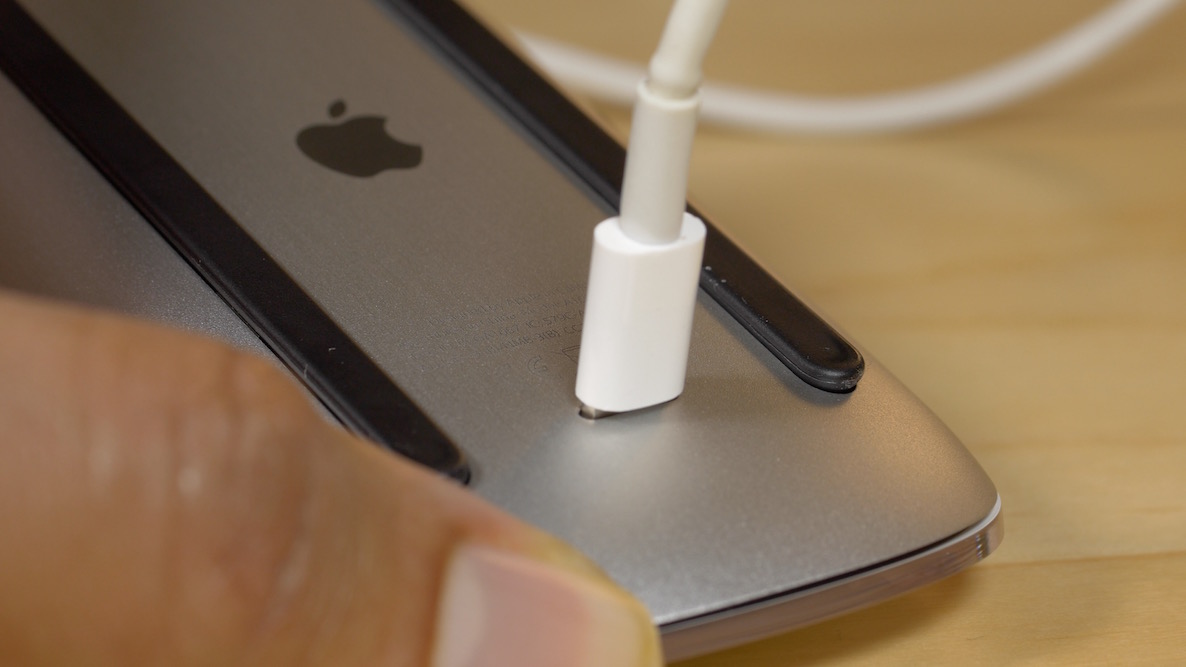 Also, the fact that you no longer have to deal with replacing batteries is a real plus. Batteries seem to die in my old Magic Mouse at the most inopportune times. Even if you use rechargeable batteries like I do, switching them out is always a pain in the butt. With Magic Mouse 2, the musical chairs battery dance is a thing of the past.

Speaking of batteries, the Magic Mouse 2 sports a built-in lithium battery just like all of the other peripherals in Apple’s “Magic” line. For all three accessories, a full charge is finished in only two hours and provides enough power for up to a month of regular use. That’s pretty impressive.

What’s even more impressive is that just a minute of charging delivers an hour’s worth of use. That’s great for those times when your battery dies and you just have to get a few more things done. Basically, you should never have to worry about your mouse’s battery life again—just be sure to keep the Lightning cable handy.

One thing that naysayers are quick to point out is that you can’t use the Magic Mouse 2 while it’s charging, but the fact that you can garner an hour’s worth of usage from a 1-minute charge pretty much negates the need to use the device while charging. It’s an argument that people use to nitpick at the design. I’m sure Apple heavily considered the location of the Lightning port, and chose the location that it did for sound reasons. 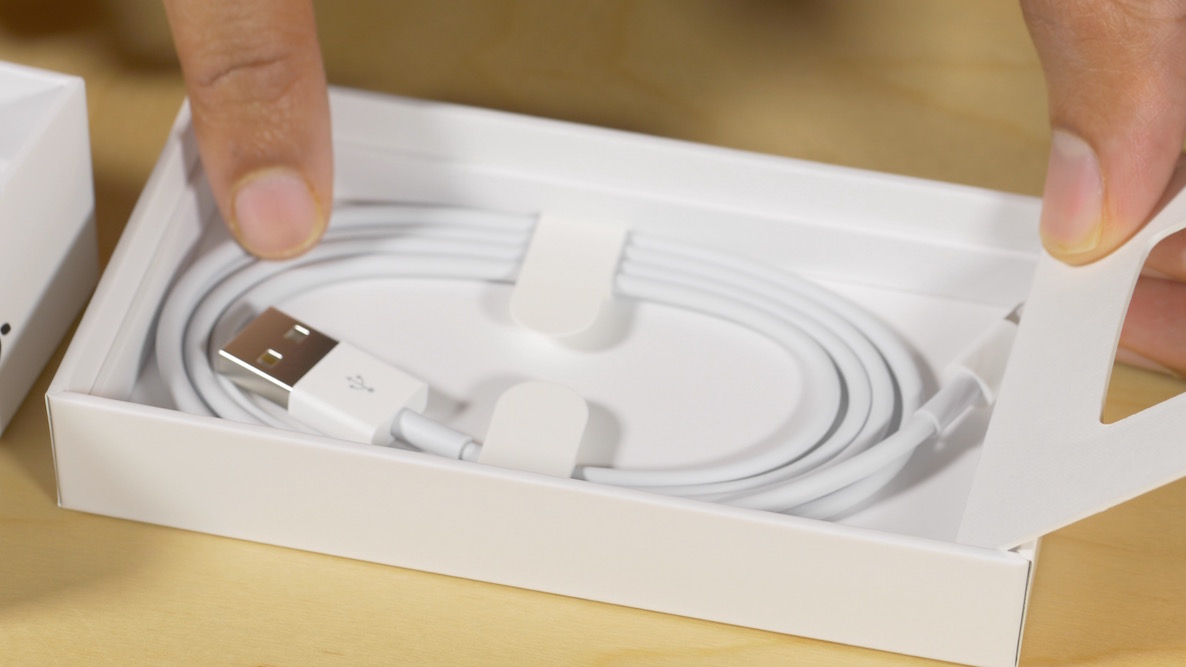 Apple states that the new built-in battery results in a more solid build, and less moving parts. As a result, the Magic Mouse 2 feels more sturdy, and when you shake it in your hand, you don’t hear the battery cover make noise, because there is no battery cover.

As you can see, this isn’t so much a review of the functionality of the mouse, or whether or not the mouse is a good mouse when compared to other mice. I’ve been around long enough to know that the Magic Mouse is a polarizing peripheral. Some people love it, and some people absolutely loathe it.

Top complaints have to do with its low profile position, which can make it awkward for some to adjust. I personally love the Magic Mouse. This mouse is basically one big button, and the surface can be used for different types of gestures. It’s basically like combining a trackpad and a mouse into one.

If you’re new to the Magic Mouse, you simply have to try it to be able to discern if it’s the mouse for you. For current Magic Mouse enthusiasts, the Magic Mouse 2 isn’t an absolute must-have upgrade, because it doesn’t really offer any new functionality.

That said, if you’re getting tired of replacing batteries, and you want slightly better movement across your tracking surface, then there’s certainly worse things to spend $80 on. You can always sell your old Magic Mouse to help pay for the cost of the new one. Personally speaking, I’m happy to have upgraded, as I hated dealing with batteries, and this makes one less device that I have to play the dreaded game of battery swap with.