This week, we were pleasantly surprised by AT&T’s Wi-Fi calling support, Adobe’s decision to make Lightroom for iOS free, and the fact that we may get our hands on the iPad Pro as early as the first week of November.

We were also disappointed to discover that malware was targeting iOS devices, some of our iPhone 6s chips weren’t as good as others, and we may not get our hands on the newest Apple TV until as late as the first week of November.

If you are tired of the rollercoaster of tech-based emotions you’ve been through this week and just want some apps and games to relax you, check out our weekend list. 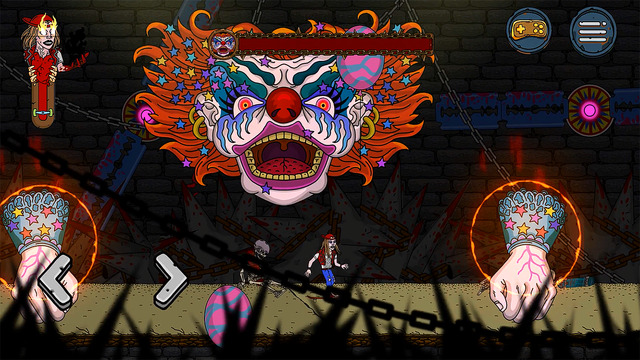 Skatboarders can have a reputation for being loners, rebels. They do what they want and don’t listen to authority. In this game, they also smack the devil upside his head with their deck and do tricks off dragons. This 2D platformer is an acid trip come to life. Players cross into the netherworld to battle against mutants in a world that would look even better under a black light. In this plane of existence, skaters are heroes and grinding the rails is the best way to travel. This game is available for $1.99. 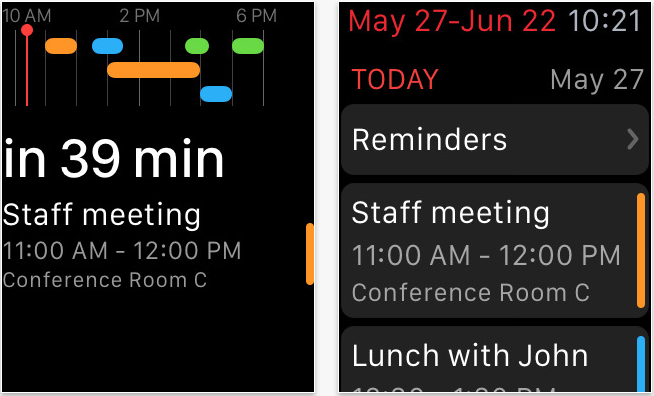 Earlier this week, Fantastical 2 got a big update. Although the app has been around for a few years, the update is big enough for us to bring it to your attention again. First, iPhone 6s and 6s Plus owners get extra features when using 3D Touch. You can access the contextual menu with popular features with one hard press. Additionally, you can now add calendar complications to Apple Watch. Set up your watch face with one of the complications-enabled screens and add Fantastical to it for seamless integration into your wrist worn device. This app is available for $4.99. 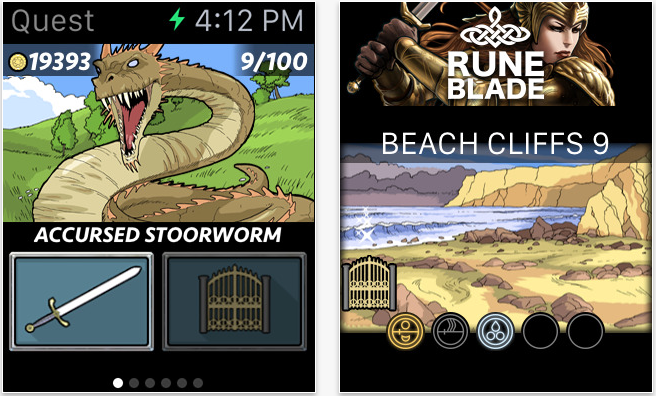 This is another app that has already been on the market for a while. In fact, it launched alongside Apple Watch. It was the first game that could only be played on Apple Watch, even before watchOS 2 made that sort of independence possible. The app has recently been updated with even more features. With the update, the micro game has better graphics, smoother gameplay, and the ability to use Time Travel and add complications to Apple Watch. With Time Travel, you can scroll through the future to see what fate has in store for you. But don’t worry. Things can change. The future isn’t set in stone yet. This game is available for free.

Assembly – Graphic design for everyone 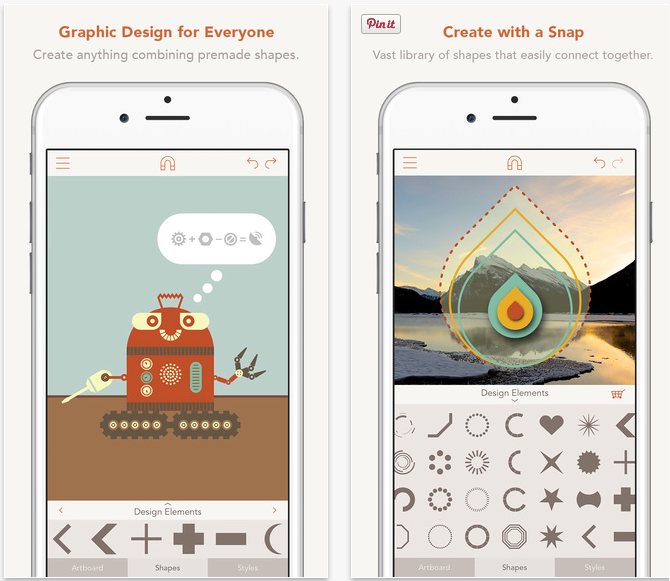 One of our favorite photo editing app makers, Pixite, is back with another graphic design app. Only, this one doesn’t specialize in altering your pictures. Instead, it gives you the chance to be a graphic designer yourself. Choose from premade shapes to create vector images that can be exported for use with other projects. Multiple shapes can be combined, colored, textured, and moved around however you like. The app comes with professional quality design tools to help you create the perfect poster, t-shirt design, or whatever you want. This app is available for $2.99.

The Walking Dead: No Man’s Land 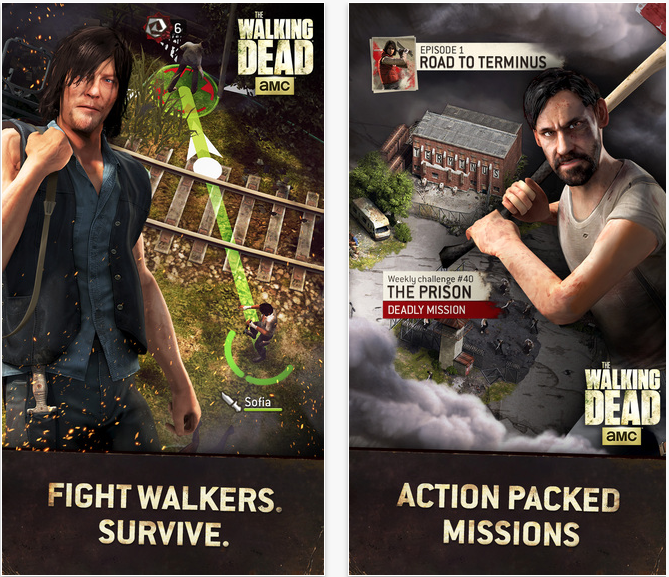 By now, readers have probably picked up on the fact that I love The Walking Dead. Admittedly, I am less of a fan of the AMC television show than I am of the Image comic book. However, I’ve grown to love some of the melodramatic characters of the TV show over the past few seasons and it is great to see Daryl get a starring role in this game. Players must fight through hordes of zombies in a turn-based tactical battle. You’ll have to teach your team how to fight and survive. As their experience grows, they will get better weapons. In a world full of walkers, sometimes you must choose to leave someone behind in order to save the group. In this story, it’s no different. This game is available for free.

Pause – Relaxation at your fingertip 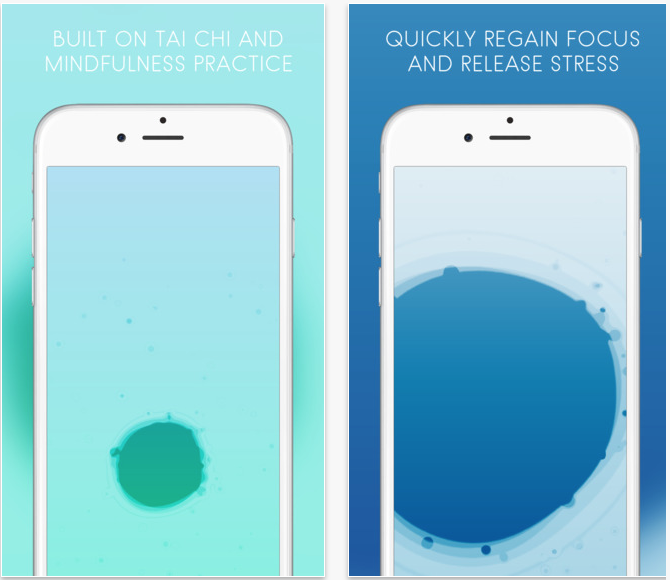 What do you do when you start to feel stressed out? Do you meditate or go for a walk? What if one app could help calm you down so you can focus on healing your heart. Although it seems like a game, this is more of a wellness app because it was specifically designed to help you relax. As you drag your finger across the screen, following a premade map, you will trigger your brain’s “rest and digest” mode and start to calm down. To put things into context, Pause was made in collaboration with ustwo, which is the same company that brought us the relaxing and engaging Monument Valley. This app is available for $1.99. 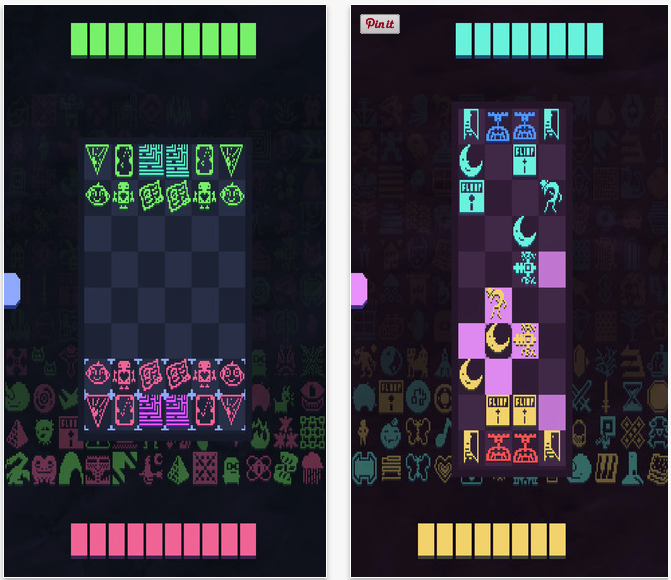 Chess has just been dumped on its head. In this wacky game, you can throw the rulebook out the window because nothing is going to be like it was. Game pieces are randomized, as are their move rules. If you thought it took you long enough to remember that the Rook moves horizontally and vertically while the Bishop moves diagonally, you are in for a rough ride. There are 533 different pieces, each with a different design and different move pattern. You can play against an AI opponent, locally with a friend, or online against players from around the world. This game is available for $2.99.