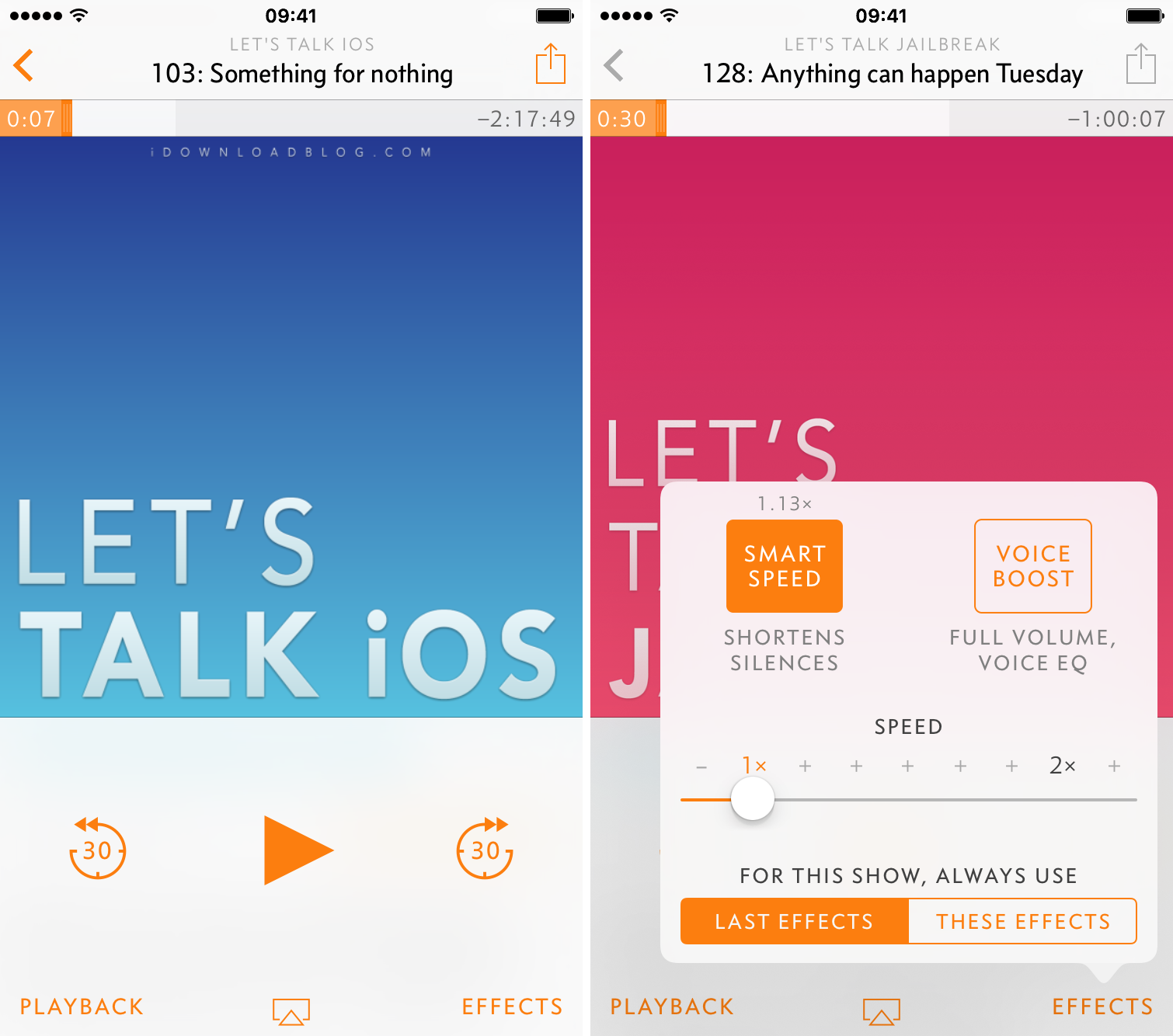 Developer Marco Arment today issued a major update to Overcast, its praised podcast player and manager app for the iPhone, iPod touch, iPad and Apple Watch. Going from the freemium to free model, Overcast 2.0 is now a free app without In-App Purchases, advertising or other limitations.

Instead, you can now support the continued development of Overcast, if you want, by becoming a patron which entails a recurring subscription.

If not, enjoy everything Overcast hast to offer absolutely free of charge.

One of the major new features in Overcast 2.0 is streaming, which can now be used with Smart Speed and Voice Boost effects to save time when listening to podcasts by shortening moments of silence without having to download new episodes first.

With streaming support, non-downloaded episodes can be enjoyed instantly by tapping on a new cloud icon. The show will begin streaming immediately while the app downloads the episode in the background for offline playback at a later time.

Newly added switches in Overcast’s settings let you choose between always streaming when playing, downloading first on Wi-Fi only or always downloading new episodes on both Wi-Fi and Cellular.

What’s lacking here is an option to turn off streaming over your mobile data connection. Therefore, folks on metered cellular connections are advised to disable Overcast in their iPhone’s cellular settings and download individual episodes manually over Wi-Fi.

Another quibble: you cannot filter a playlist to only show downloaded episodes. 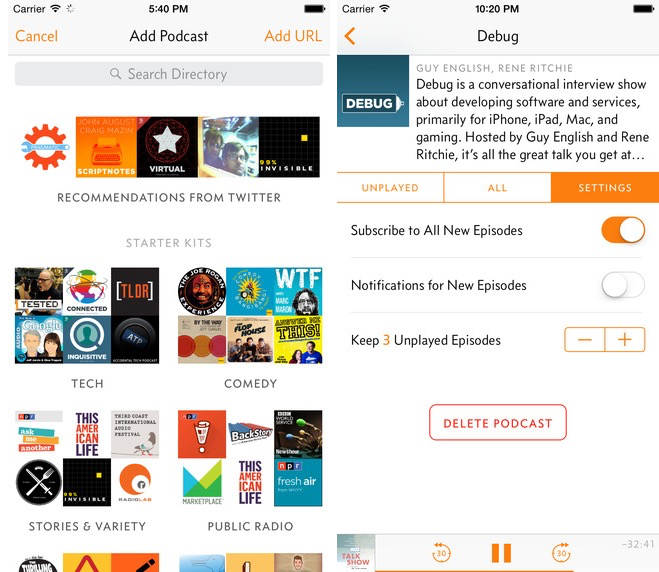 With Chapters, another new feature in Overcast 2.0, you can jump to specific parts of an episode, as defined by the show’s author in the podcast metadata. The app supports common chapter formats like Enhanced AAC and MP3 Chapters.

If a chapter has a link, you can tap it to open content in iOS 9’s new Safari View Controller (it’s replaced the old WebKit-based in-app browser). Episodes with Chapters can be shared using a new Share at Chapter Start option from the Share menu, which sets the timestamp to the beginning of the chapter as marked in the audio file.

On the iPad Air 2 and iPad mini 4, Overcast can be invoked in Slide Over view or in side-by-side Split View multitasking mode. And yes, Overcast 2.0 supports 3D Touch shortcuts on the Home screen of the iPhone 6s and iPhone 6s Plus.

For the full overview of all the goodies Marco added to the app, I recommend checking out MacStories editor Federico Viticci’s detailed review of Overcast 2.0.

A new optional monthly patronage is available if you want to support the continued development of Overcast. To become a patron, head over to the in-app settings and select Support Overcast.

Again, this is an optional feature meaning people who are not interested in becoming patrons can simply download Overcast 2.0 and enjoy all of its features free of charge. Becoming a patron yields no additional benefits in terms of app features.

As mentioned, Overcast is now a freemium download so all of its features are now available to everyone at no charge, no strings attached. Make no mistake about it, this is a fully featured podcast player.

In addition to downloading and streaming podcasts, Overcast lets you get recommendations from Twitter, manage podcasts with custom playlists and smart filters, receive push alerts when new episodes arrive and much more.

And this is what Overcast looks like on the Apple Watch.

I particularly like Overcast’s built-in sleep timer and the ability to adjust playback speed without distorting the conversation. And if you own a car with built-in CarPlay support, or one of aftermarket CarPlay receivers, you can now listen to your favorite podcasts in your vehicle with Overcast and CarPlay.

Overcast 2.0, a 4.6-megabyte download, requires an iPhone, iPod touch or iPad with iOS 9.0 or later. Overcast is English-only and includes an app for your Apple Watch with a glance and actionable notifications.

Grab Overcast 2.0 for free in the App Store.