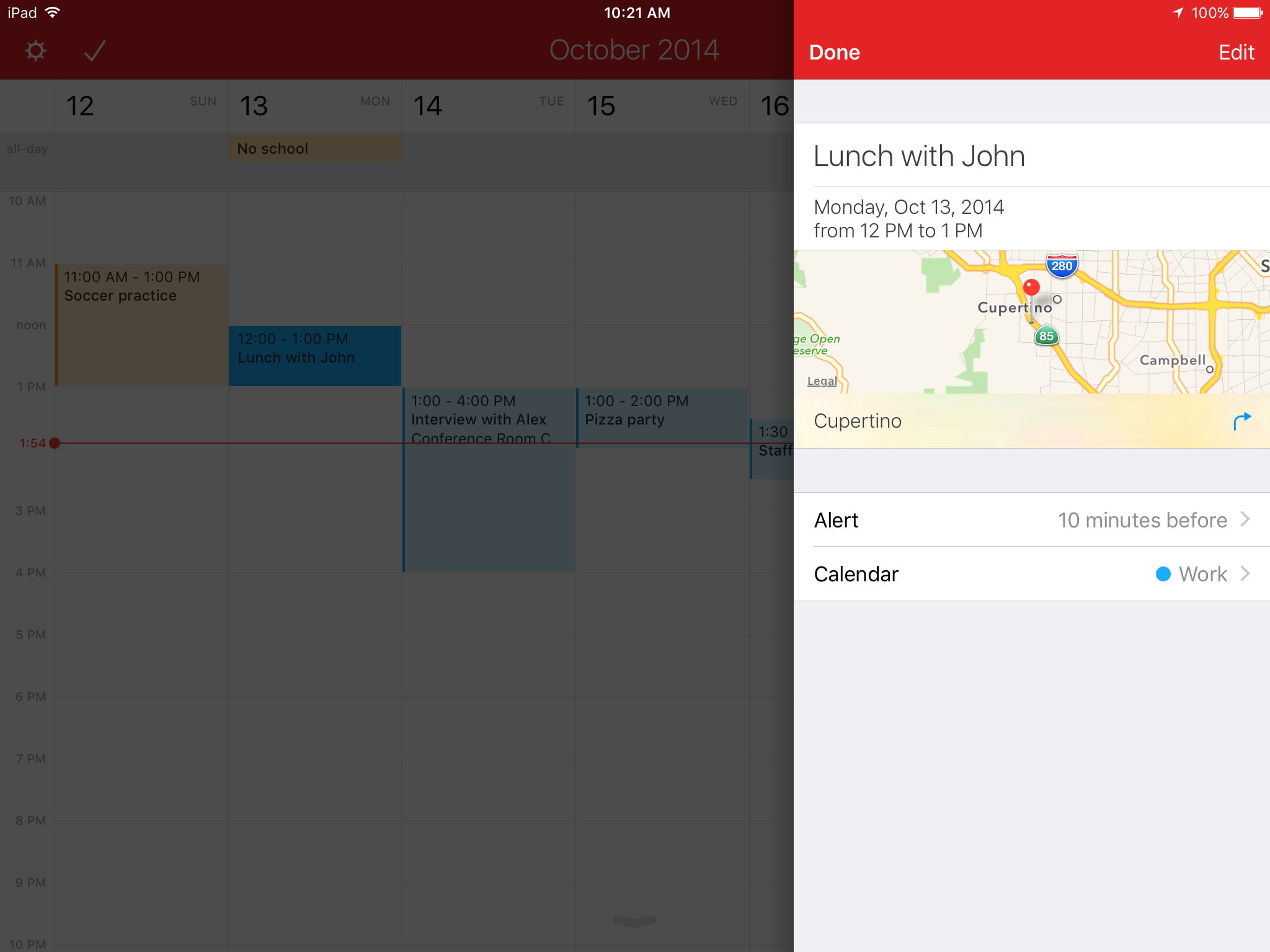 Hot off the heels of its big Mac update, developer Flexibits today issued an update to Fantastical for iPad, iPhone and Apple Watch. The new software takes advantage of the new productivity-enhancing features provided by iOS 9 and watchOS 2.

These include 3D Touch support for iPhone 6s owners, a dedicated Fantastical complication for Apple Watch wearers, Slide Over and Split View multitasking modes on the iPad Air 2 and iPad mini 4 and much more.

If you own an iPad Air 2 or iPad mini 4, you can now use Fantastical in iOS 9’s Split View multitasking mode which allows it to run side-by-side with another app. 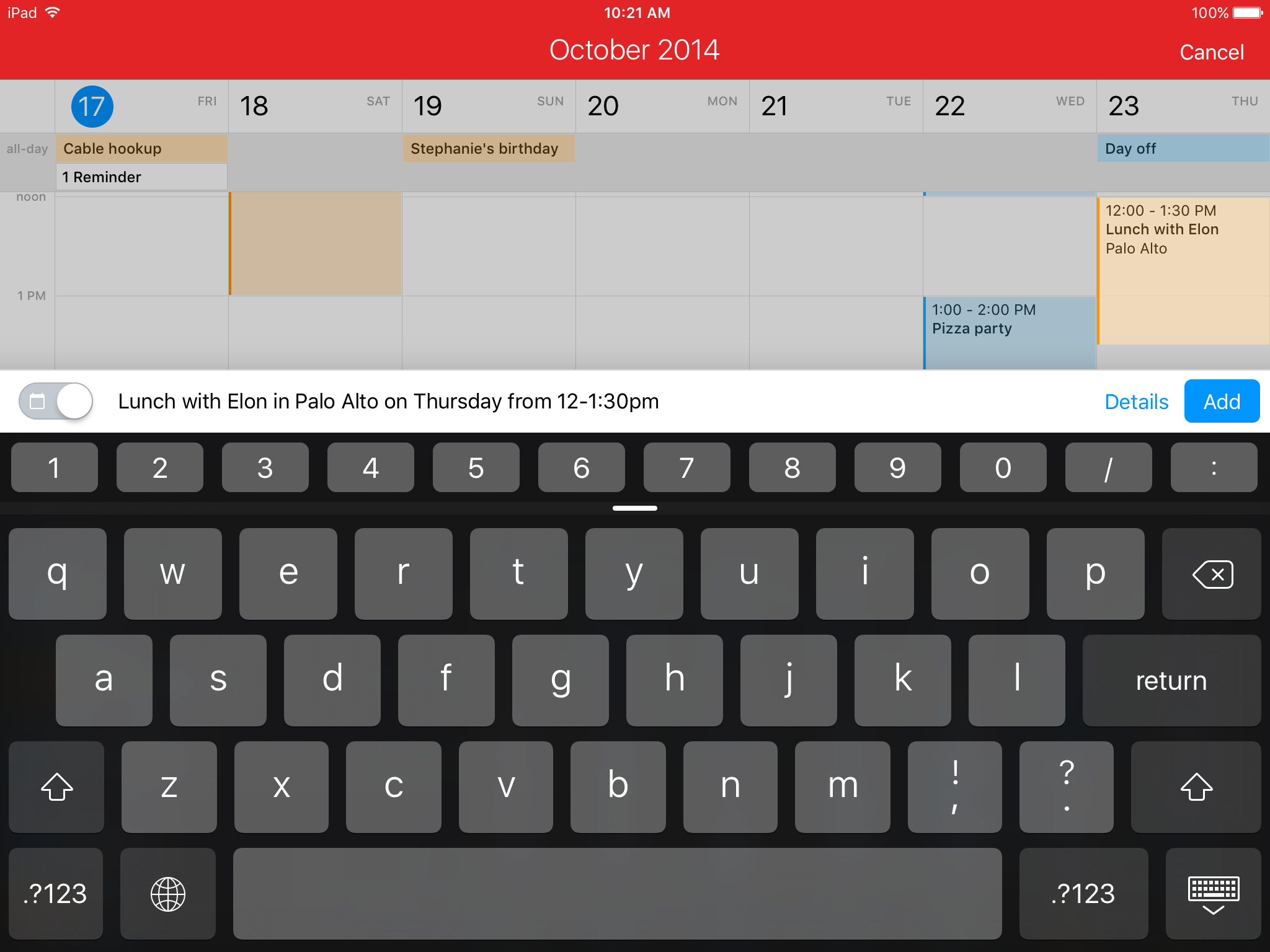 The app also supports Slide Over multitasking mode, as seen top of post. You’ll appreciate a revamped Week view and much improved visibility of weekends in countries that have weekends on Friday and Saturday. 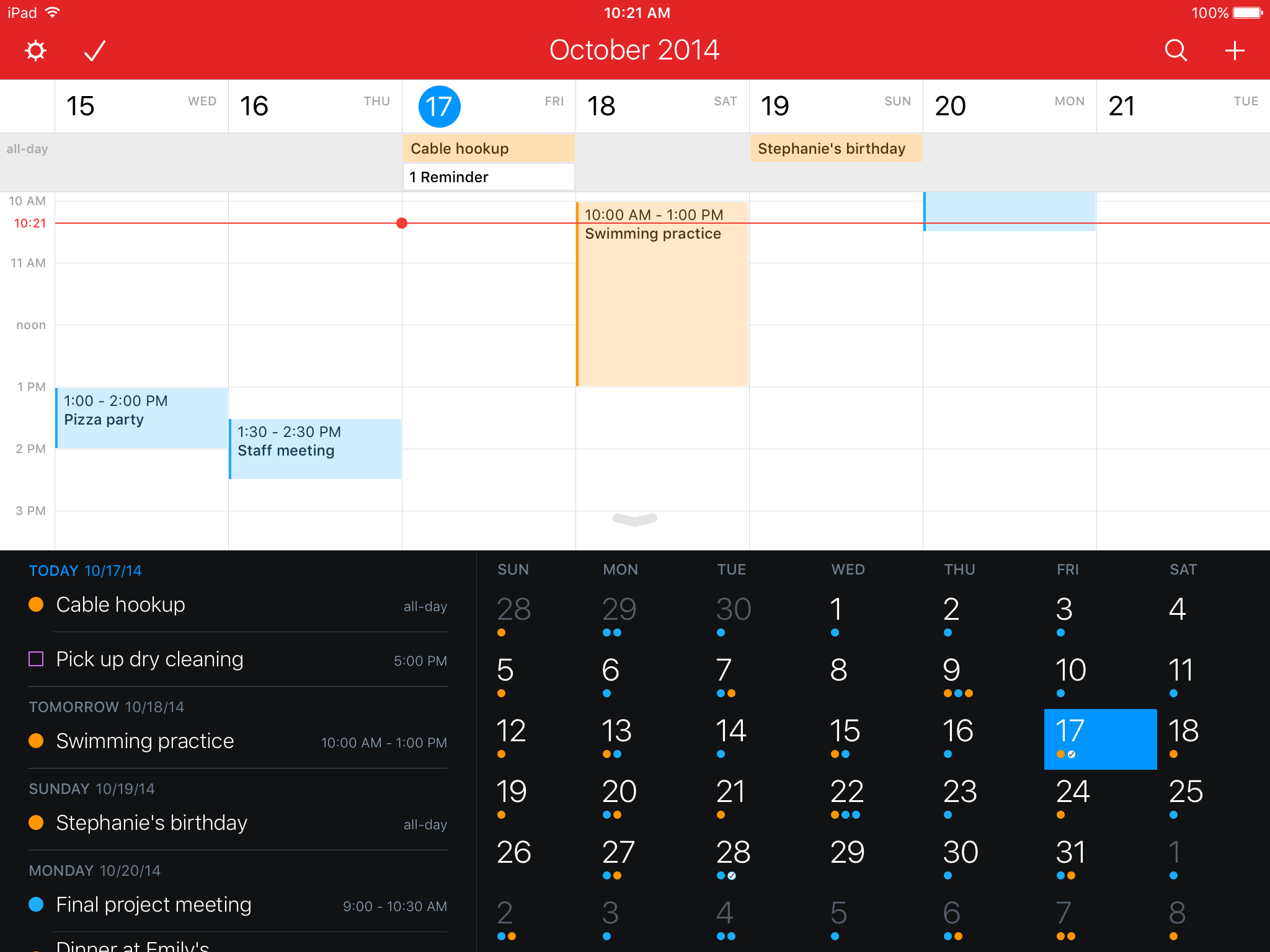 And if you use an external Bluetooth keyboard with your iPad, Fantastical will put up an overlay with keyboard shortcuts when you hold down the Command key. 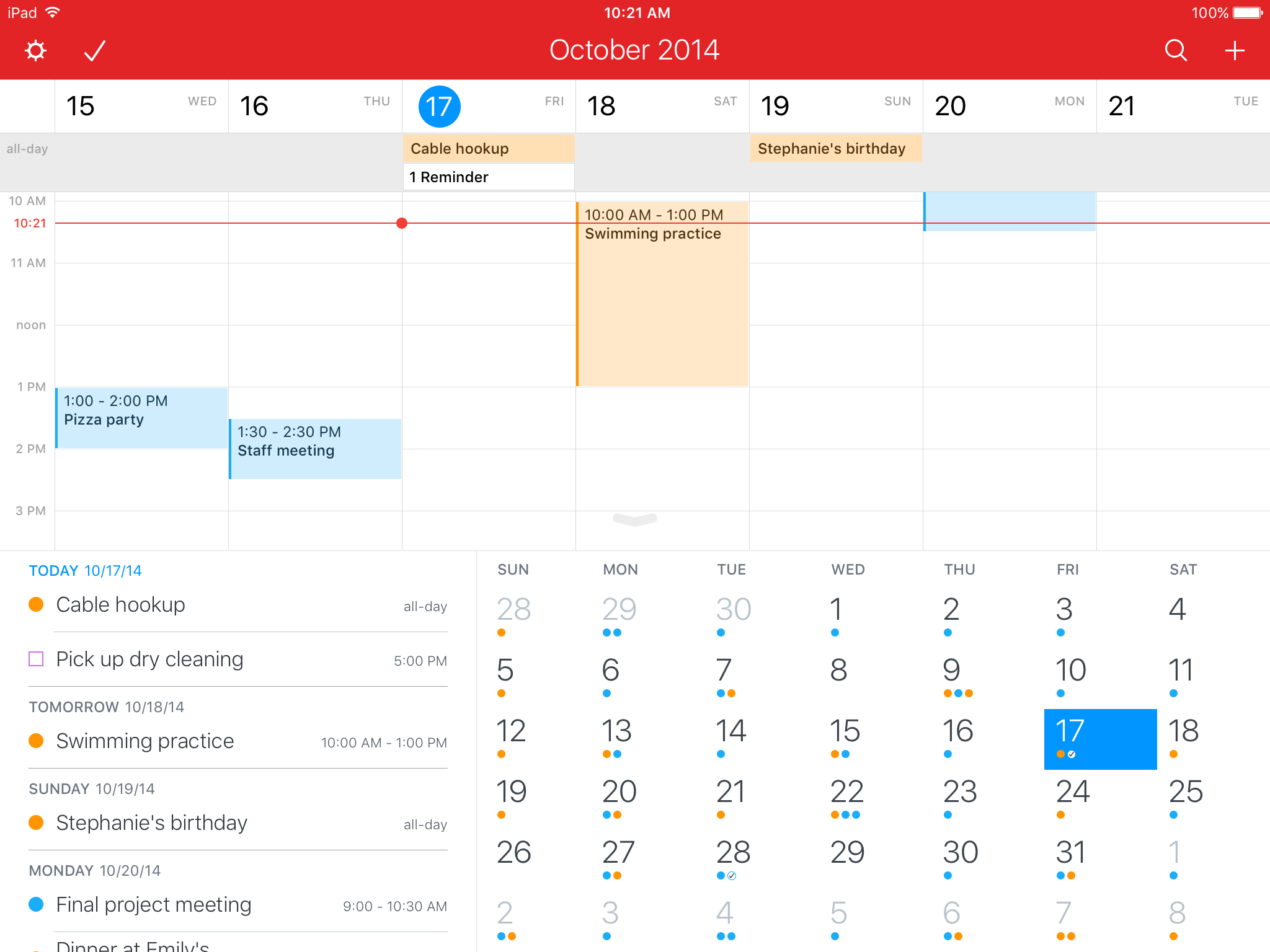 Other changes in Fantastical 2.5 for iPad are listed below.

The iPhone and Apple Watch editions of Fantastical have received their share of enhancements, improvements and bug fixes as well.

If you run Fantastical on your iPhone 6s or iPhone 6s Plus, you can enjoy full 3D Touch support: just press firmly on the app’s Home screen icon to bring up a contextual menu providing fast access to Fantastical’s commonly used features. 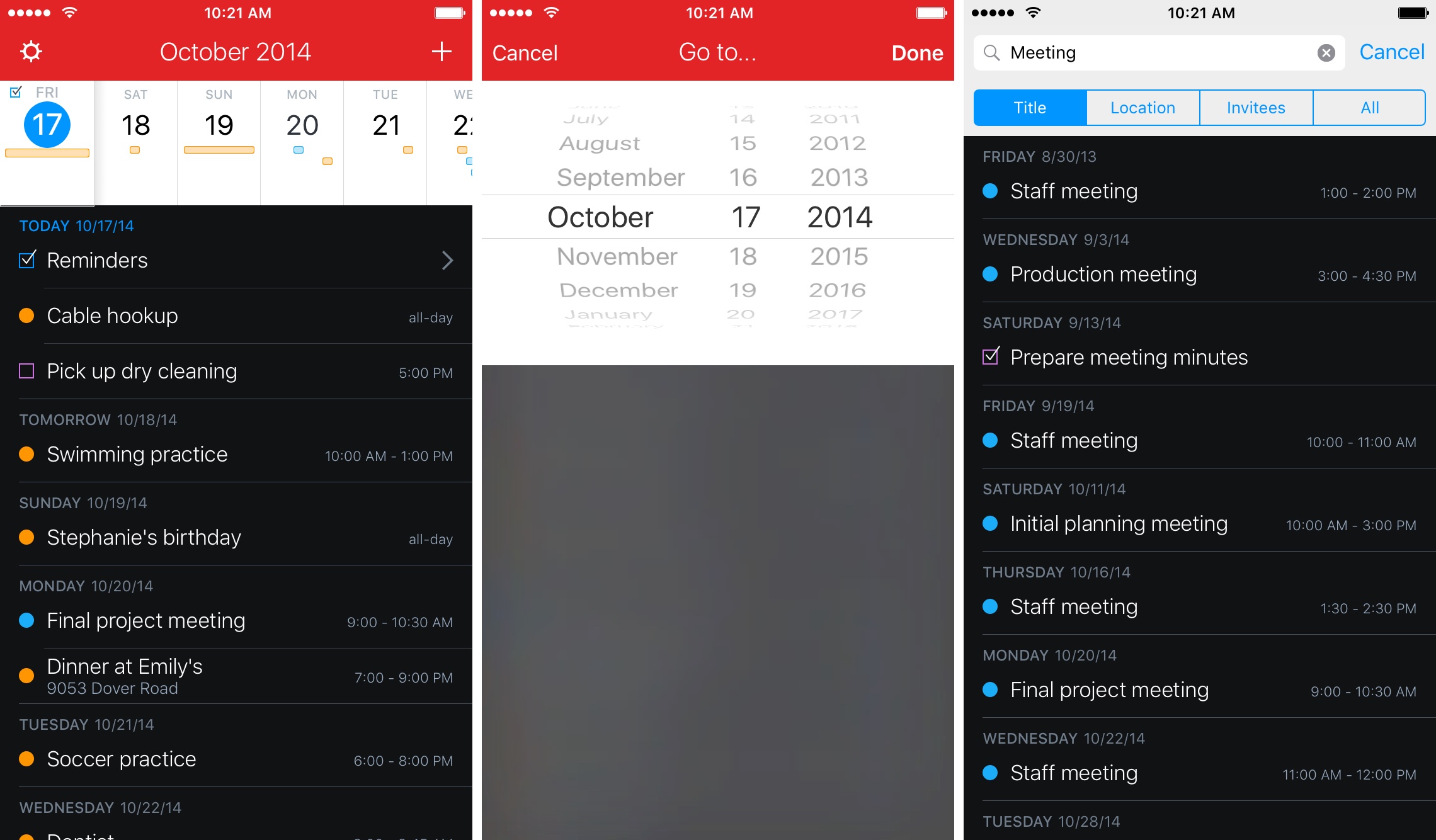 Like the iPad edition, Fantastical 2.5 for iPhone includes an improved layout for Week view and lets you tap and hold on locations or URLs to choose which app will open the link (i.e. Google Maps or Apple Maps, Chrome or Safari, etc.). 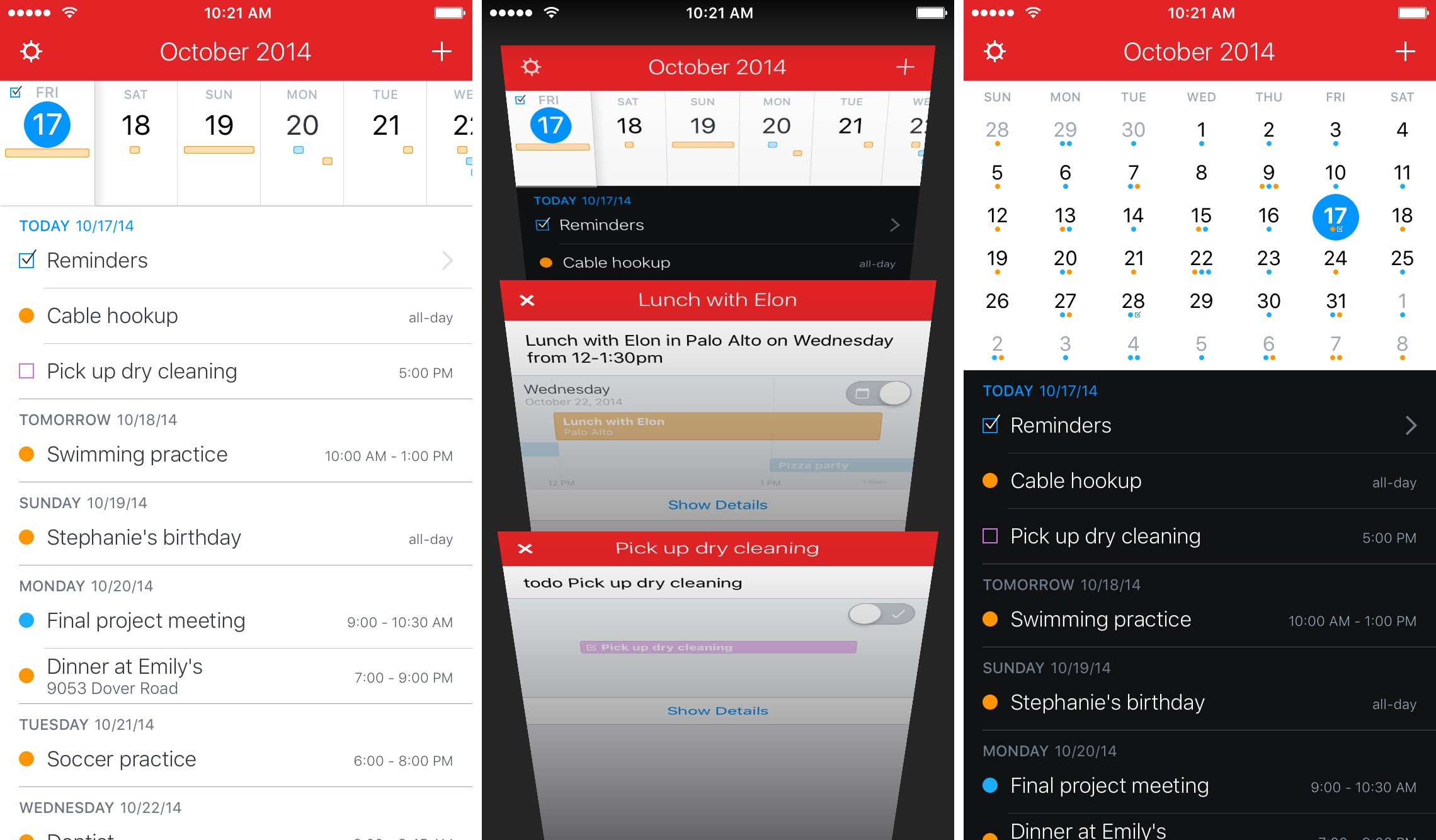 Last but not least, the iPhone app will no longer group multiple invitation notifications into a single notification and will instead show them separately.

In addition to the aforesaid changes in the iPhone app, Fantastical’s companion Apple Watch app is now a fully native watchOS 2 app which runs directly on the watch. 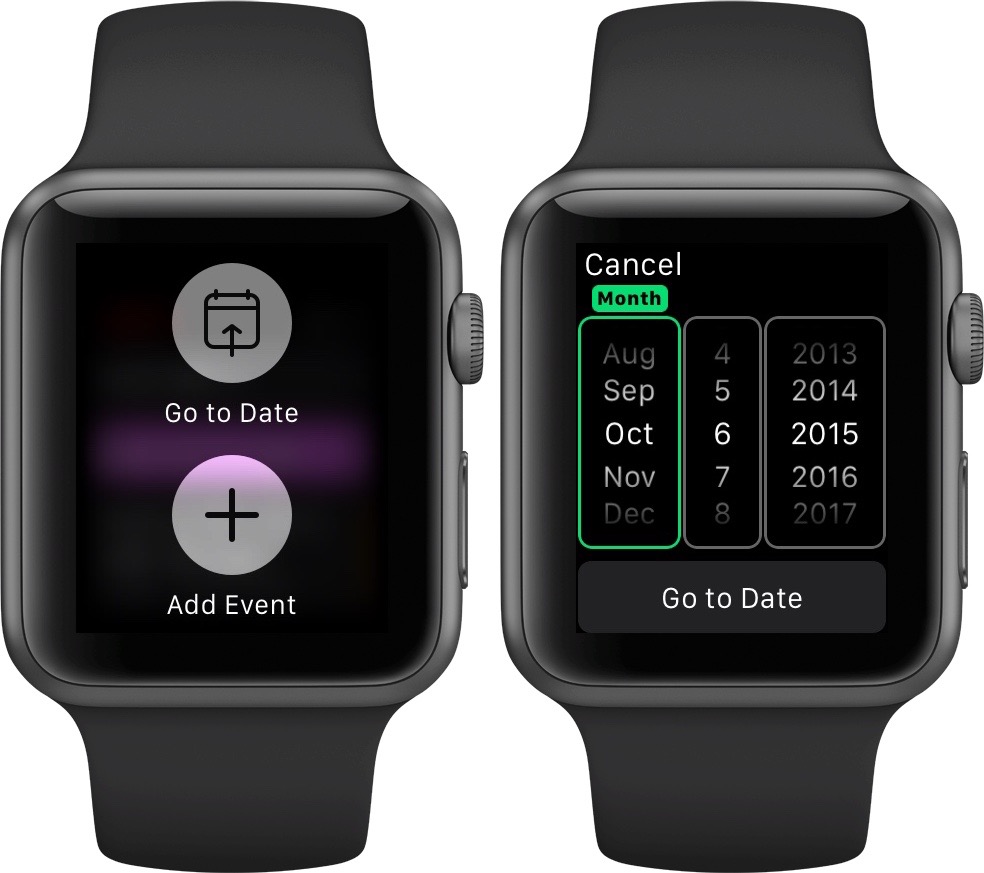 As a result, Fantastical for Apple Watch responds faster to your input compared to the old app, which runs as a WatchKit extension on your iPhone. In the Apple Watch app, you can now press the screen firmly to access the new Go To Date feature.

Just turn the Digital Crown to quickly select the date to jump to. 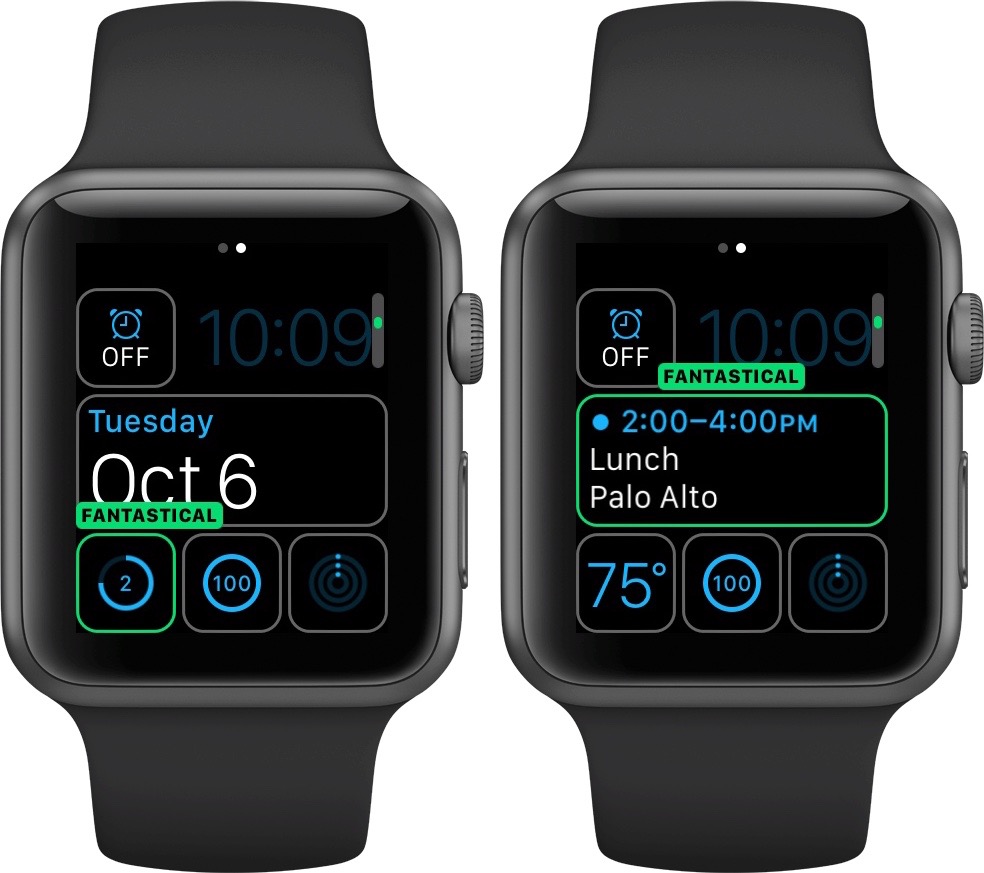 The full list of changes in Fantastical 2.5 for iPhone is as follows:

Fantastical for Apple Watch is included at no charge with the iPhone app. The refreshed iPhone and iPad apps are provided as free updates to existing users.

Fantastical for iOS requires an iPhone, iPod touch or iPad with iOS 8.0 or later.

Fantastical for iPhone and iPod touch is $4.99 in the App Store.

The iPad edition will set you back an additional $9.99.

The Mac app requires an Intel-based Mac with OS X 10.10 or later.