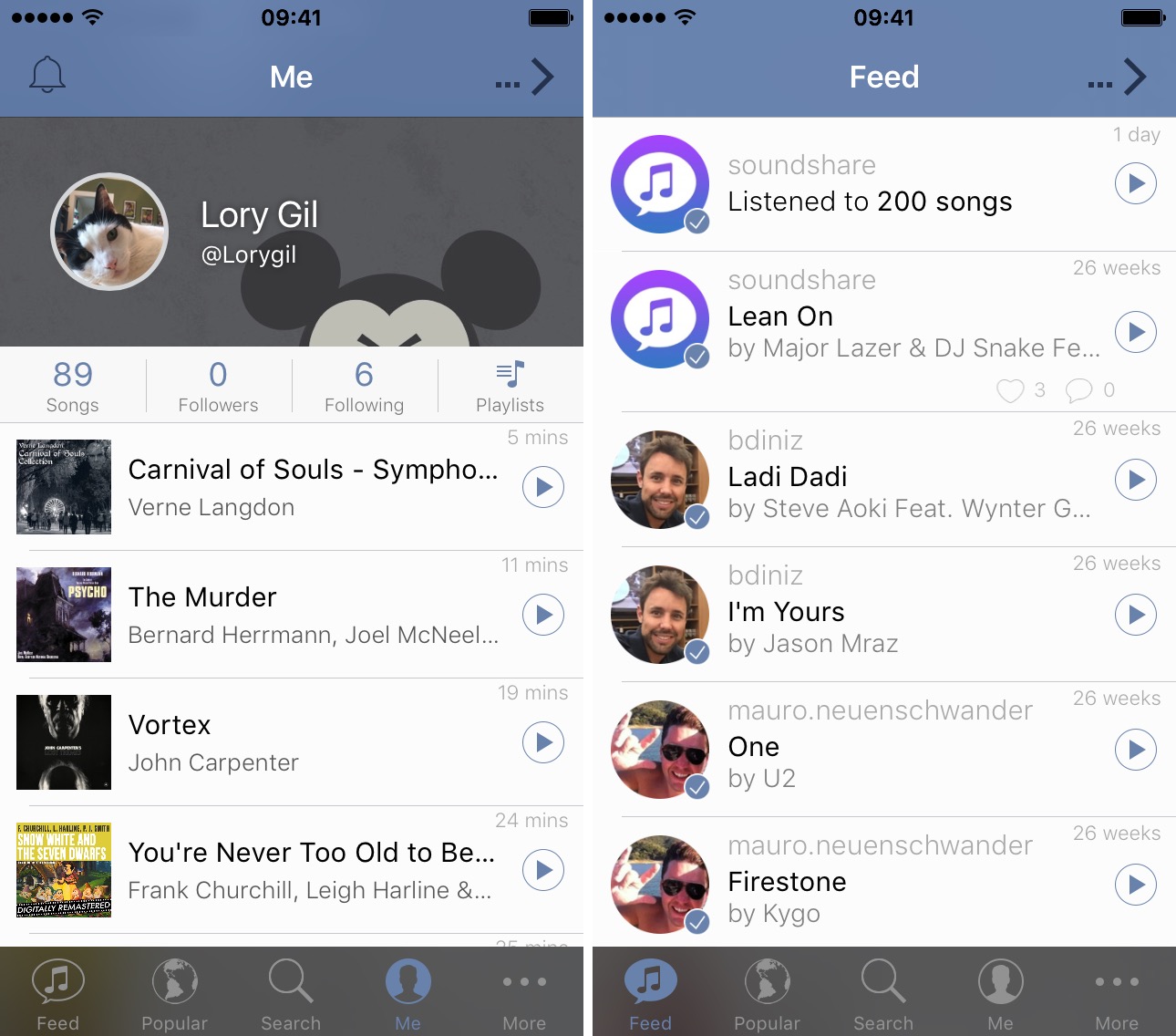 As of October 1, I am officially a paid subscriber to Apple Music. It is the first time in years that I’ve paid for streaming music. Because I like Apple Music so much, it makes it a little difficult to test music streaming apps without comparing them to what I think is the best version out there.

With SoundShare, you aren’t streaming music as much as you are building friendships based on musical interests. Similar to a Twitter or Facebook feed, you can let others know what you are into. Today, we go hands-on with an app review of SoundShare.

Find and follow other SoundShare users to get the best experience discovering new music. Build your own profile by sharing tracks to your feed so others can look to you for musical inspiration. Thanks to Sharing Extensions, you can send songs from Apple Music to SoundShare, which can be accessed by your friends and followers.

The interface of this app is, well, a bit lackluster. Everything is displayed in list forms with very little visual appeal. Your profile page is the most interesting part. It shows your feed of songs, followers, playlists, and a profile picture if you choose to add one.

You can view the feed of people you follow to see what they’ve posted, check out trending songs from SoundShare and iTunes, and listen to the song of the day.

If you are more specific with your musical tastes (for example, you have no interest in Justin Bieber or Taylor Swift), you can search for people to follow via Facebook, or by finding similar users. 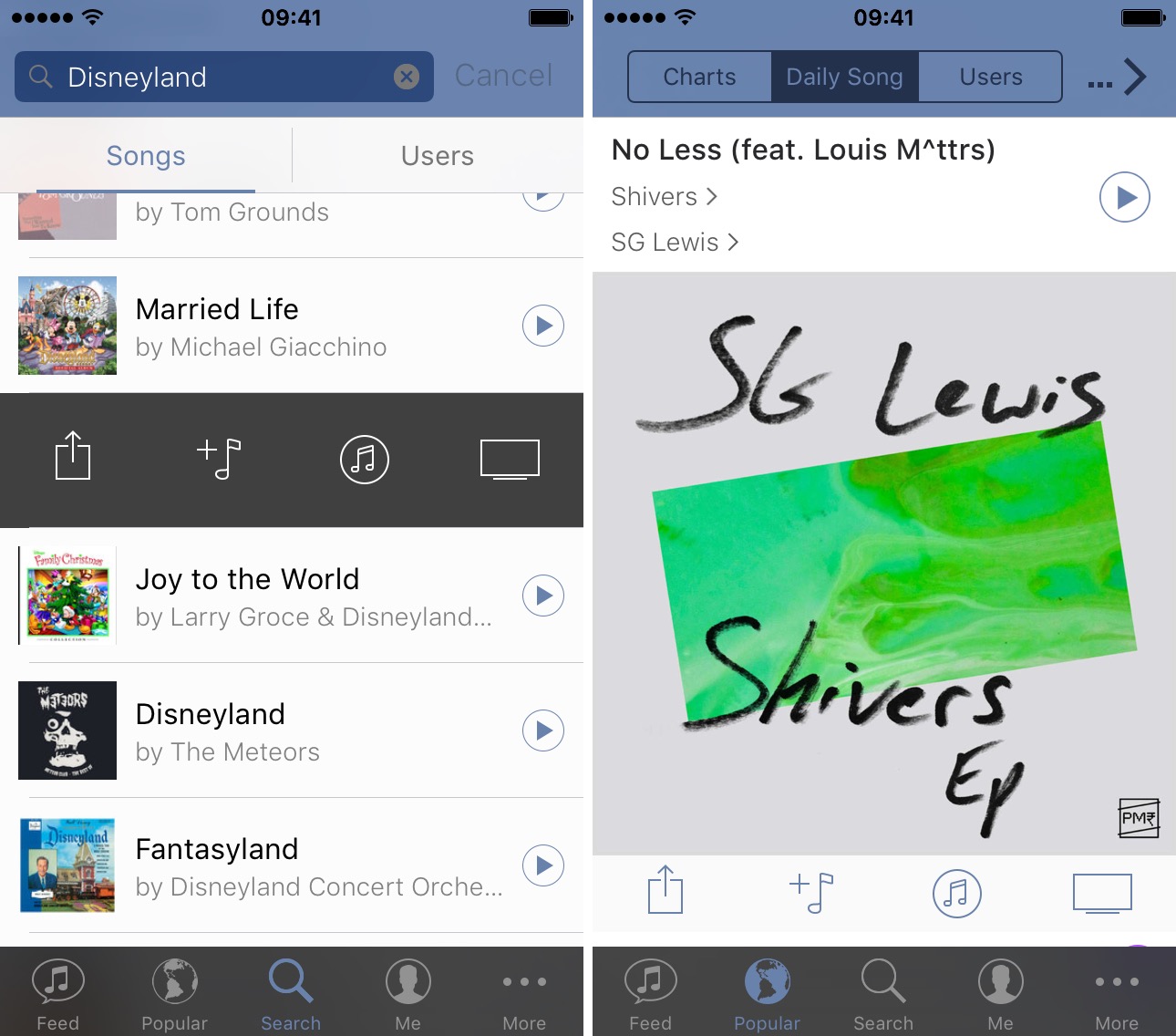 I spent most of my time while testing this app in Apple Music so I could share songs to my feed. Although the peer-based aspect has the potential to be great, it isn’t exactly hugely popular. None of my friends use it yet. With more time, this app could be a petri dish of musical discovery with all different tastes being represented, even the most obscure of genres.

Using Sharing Extensions in Apple Music, however, I am able to create playlists based on music I find while listening to Apple’s streaming service. Then, I can share these playlists with friends by adding them so they can listen to them, even if they don’t have Apple Music.

Songs are generated from YouTube and SoundCloud. So, if you are listening to Lost Themes by John Carpenter on Apple Music, you can share songs to SoundShare and then add friends to your playlist so they can listen as well, whether they have Apple Music or not.

People with access to your playlist will also be able to add music. So, your friends can add other John Carpenter soundtracks to the playlist as they see fit.

Some music that you listen to on Apple Music may not be accessible on SoundShare. This is likely due to restrictions or track name discrepancies on YouTube. For example, while creating a Halloween music playlist, I added “Lullaby” from Rosemary’s Baby via Apple Music Share Extensions. However, when I tried playing it in SoundShare, I received a notice, “Audio not found.” This probably doesn’t happen as often with more popular music. Apparently, the Rosemary’s Baby soundtrack isn’t a top ten hit album. 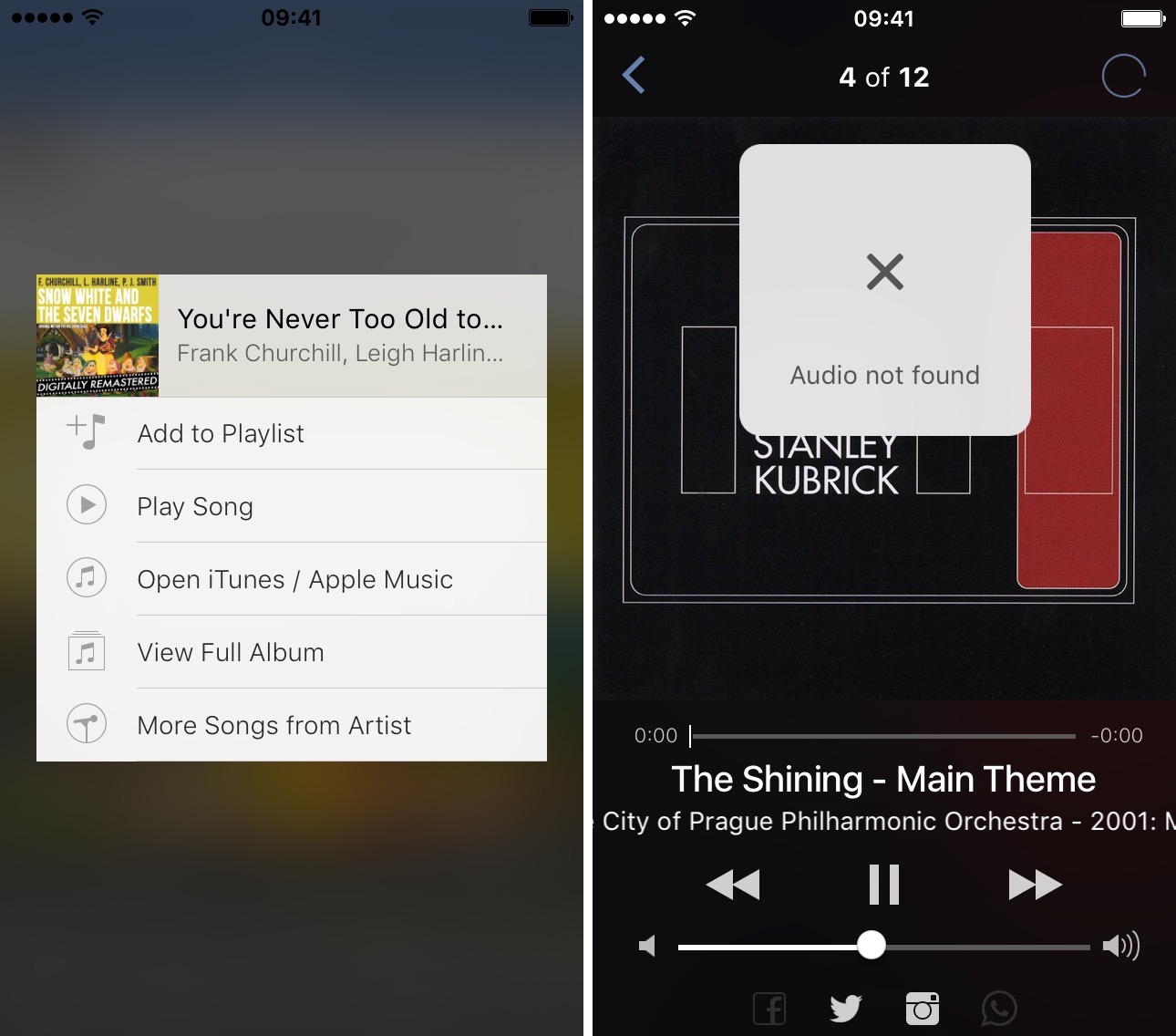 I love being able to send tracks from Apple Music to SoundShare so they show up in my feed in case anyone wants to see what I’m listening to.

However, the collaborative playlist feature is the real selling point with this app. If you and your friends were to get together for a record listening party (yes, this still happens and yes, I attend them), you’d be doing the same thing. Only with this app, you don’t have to be in the same room (or flip the record halfway through the album).

There are quite a few glitches with this app. I noticed that, in my feed, it shows music from people I follow from 26 weeks ago, even though everyone I follow is an active user with less than 24 hours of inactivity.

Sometimes, I added songs right from within SoundShare to a playlist, only to get the “Audio Not Found” message. If there is no SoundCloud or YouTube audio for a particular song, it shouldn’t even be listed within the app.

SoundShare is free to download and there is no advertisement. The only cost to you is the time you spend discovering new music and sharing it with your friends.

If you subscribe to Apple Music, you should definitely check this app out. If you don’t, it is still worth a look-see. There are some great social networking features that could be amazing if it took off. Instagram started out pretty bare until users caught onto it. This could have the same potential. Download it in the App Store today.

What do you think of this music sharing app? Let us know in the comments.