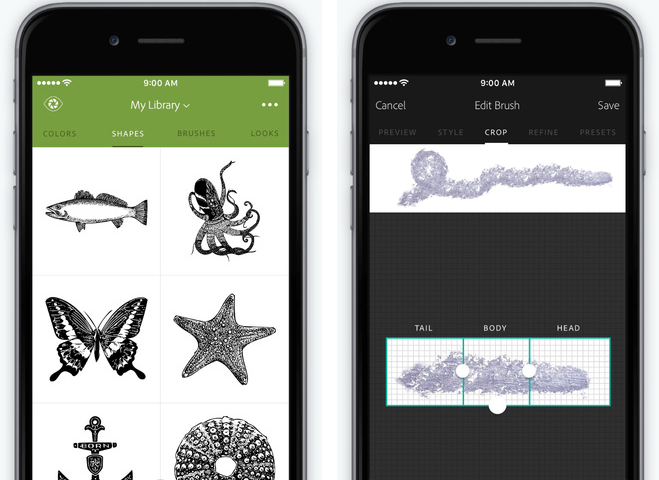 Built on the Photoshop technology, Photoshop Fix, a free download from the App Store, brings desktop tools like Liguify and Healing Brush to image editing on the go.

The app uses Photoshop technology and brings powerful desktop tools such as
Heal, Smooth, Liquify and more to the mobile world. Signed in users can access edited photos directly within other Adobe mobile and desktop apps, powered by Adobe’s CreativeSync solution. 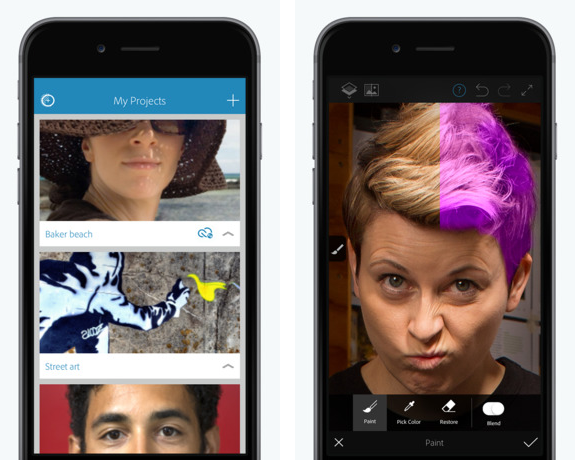 The app can open and edit layered Photoshop files and syncs your edits via the cloud with Photoshop CC for further refinement, Lightroom and other connected apps.

“And all your edits are synced across all your computers and devices,” Adobe boasts. “Make a change on you iPad, it’ll show up on your desktop.”

Photoshop Fix is iOS-only at launch, with an Android version planned in the future. It shouldn’t be confused with Photoshop Mix, another iOS app from Adobe.

An Internet connection and a free Adobe ID account is required to use Photoshop Fix. You can sign up for an Adobe ID within the app for free. 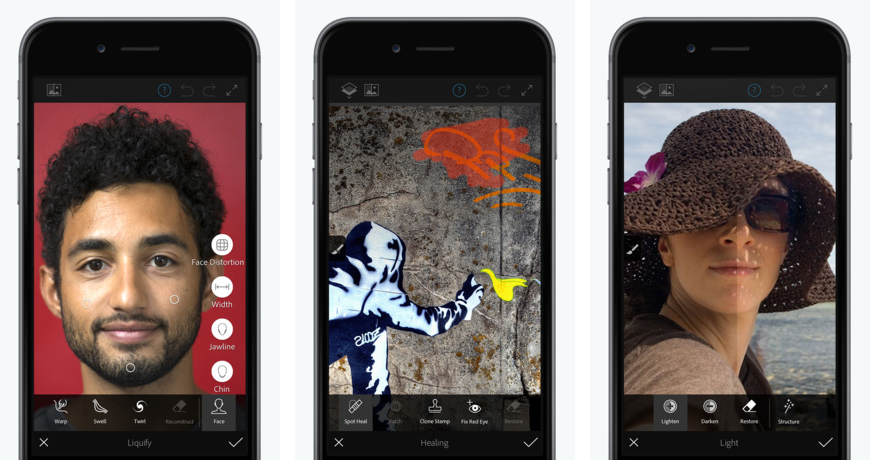 Like before, Adobe is luring photography fans with its Creative Cloud Photography plan, which gives you unlimited access to Lightroom and Photoshop for a monthly fee,

As illustrated top of post and below, Capture CC combines the features previously found in Adobe Brush, Adobe Color, Adobe Hue and Adobe Shape into a brand new app. 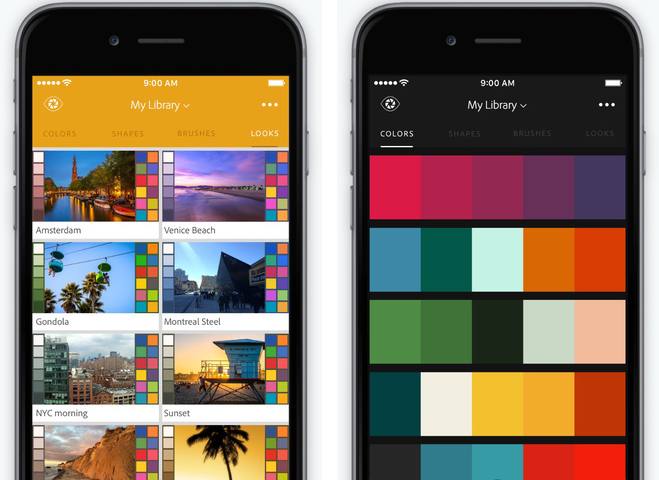 The company has confirmed that the apps that Capture CC replaces (Brush, Color, Hue and Shape) will no longer receive updates now that they’re part of Capture CC.

On the services side, Adobe Creative Cloud for desktop has gained touch-optimized interface on Windows 10 devices and a new free of charge Portfolio service (powered by Bechance) with personalized URLs and password-protect webpages.

Adobe’s CreativeSync platform has been updated with syncing of assets and creative tools between the following applications:

Photoshop Fix and Capture CC require an iPhone, iPod touch or iPad with iOS 8.1 or later. Both apps are localized in English, French, German and Japanese.

Grab Photoshop Fix and Capture CC at no charge in the App Store.