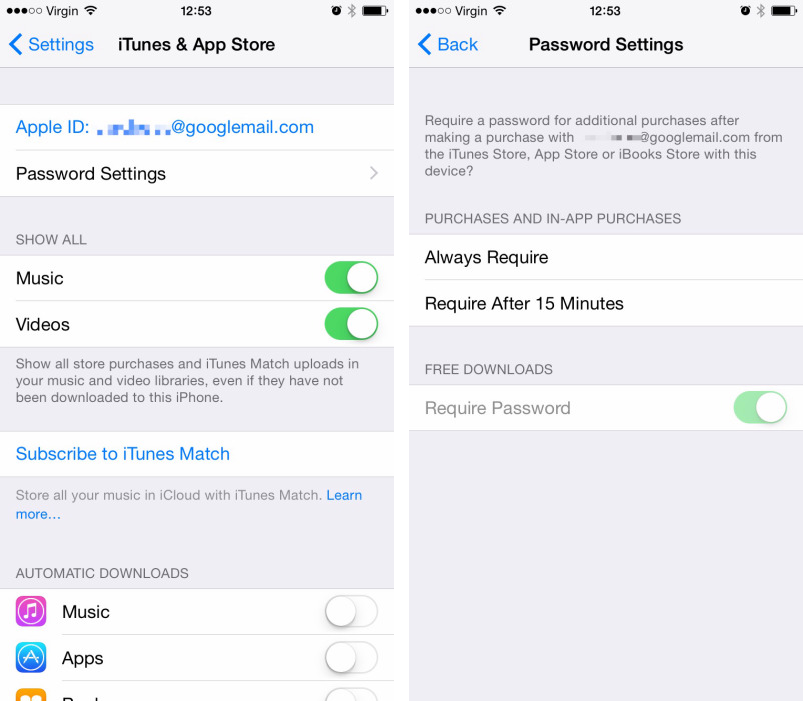 A new ‘Password Settings’ section has been discovered in the Settings app of the current iOS 8.3 beta which will permit users to set up their iPhone, iPod touch or iPad so that downloading free iTunes apps and iTunes media won’t require an Apple ID password.

This is understandable to an extent, because approving purchases — free or paid — with the tap of a fingerprint is a frictionless experience.

Flip the switch to ON and the App Store and iTunes will let you download free apps from the App Store, free books from the iBooks Store and free music, movies and television shows in the iTunes Store without entering your Apple ID password.

The new option apparently is not showing up in all regions yet. It’s worth mentioning that paid apps and iTunes content still require a password or Touch ID authentication.

In addition, this section also includes another option to require a password for additional purchases (Always Require and Require After 15 Minutes), including In-App Purchases, after making a purchase with your Apple ID. 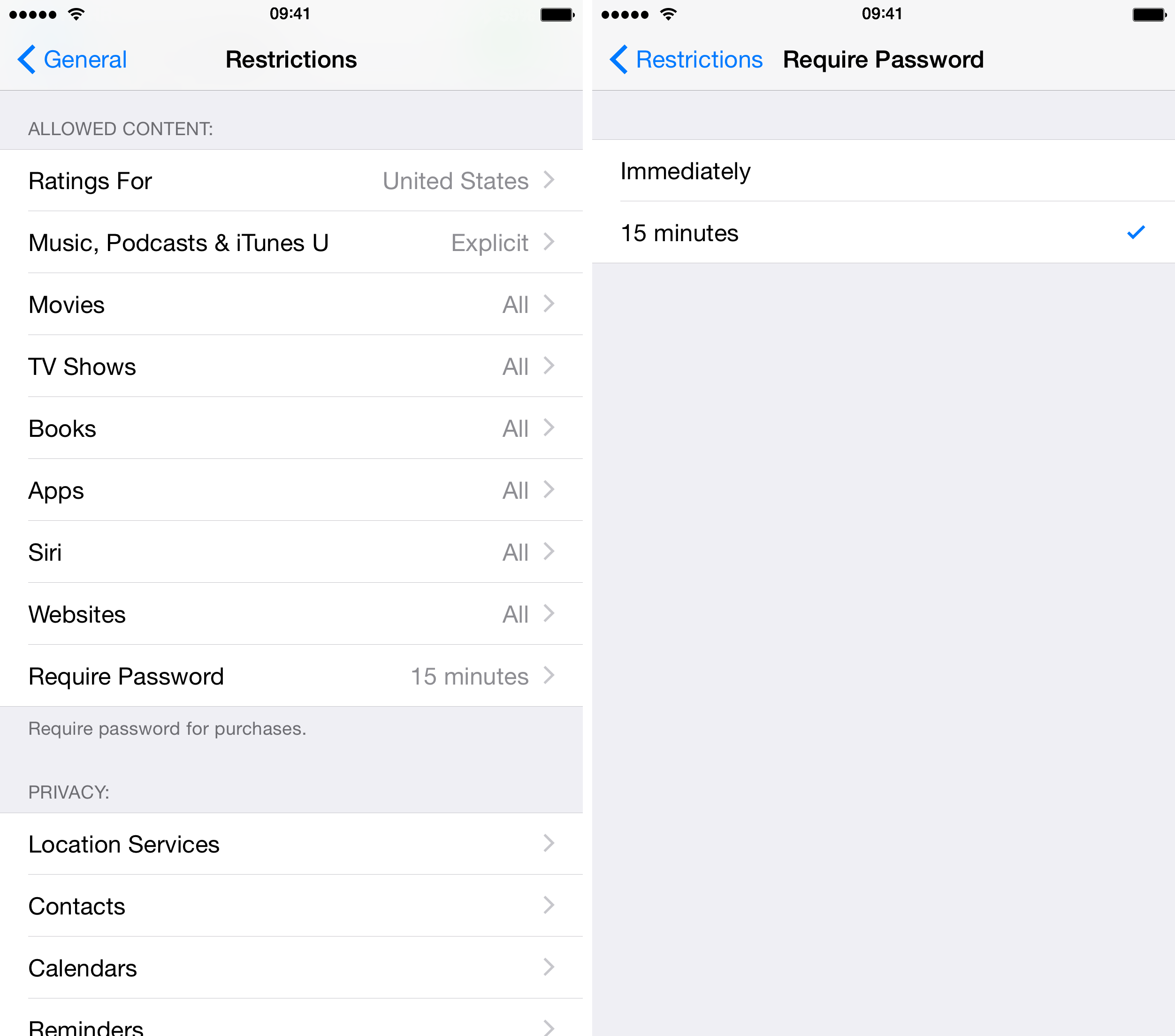 In prior iOS versions, this option is available through Settings > General > Restrictions > Require Password, as show above.

Watchful readers will remember that iOS 6 briefly switched to not requiring users to put in their passwords when downloading free apps. But soon after, Apple reversed this behavior via a silent backend update without an explanation given.

The third and most current beta of iOS 8.3 was seeded to registered iOS developers on March 12. Apple also made it available on an invite-only basis to select users through the Apple Beta Software Program, no developer account required.

The software should release for public consumption in April.