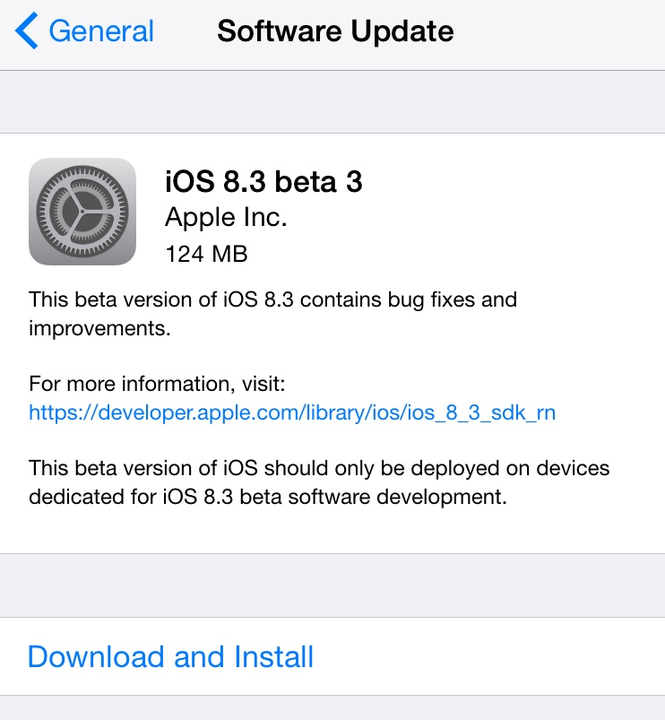 Following the public release of iOS 8.2 earlier this week with Apple Watch support, Apple is continuing development of iOS 8.3 by seeding the third beta on Thursday.

Developers registered with Apple can download the beta over-the-air on their iPhone or iPad or from the Developer Center. Apple says the update “contains bug fixes and improvements,” but there’s also new features.

Most notably, the new beta comes bundled with the Apple Watch app like iOS 8.2. This will allow users to manage their Apple Watch and pair it with their iPhone. You can check out our hands-on with the app from earlier this week.

Furthermore, chats from people in Messages that are not in your Contacts now include a ‘Report Junk’ link. There’s also a Conversation List Filtering feature which adds a separator tab to the Messages app.

If you notice any changes email us – tips@iDownloadBlog.com.