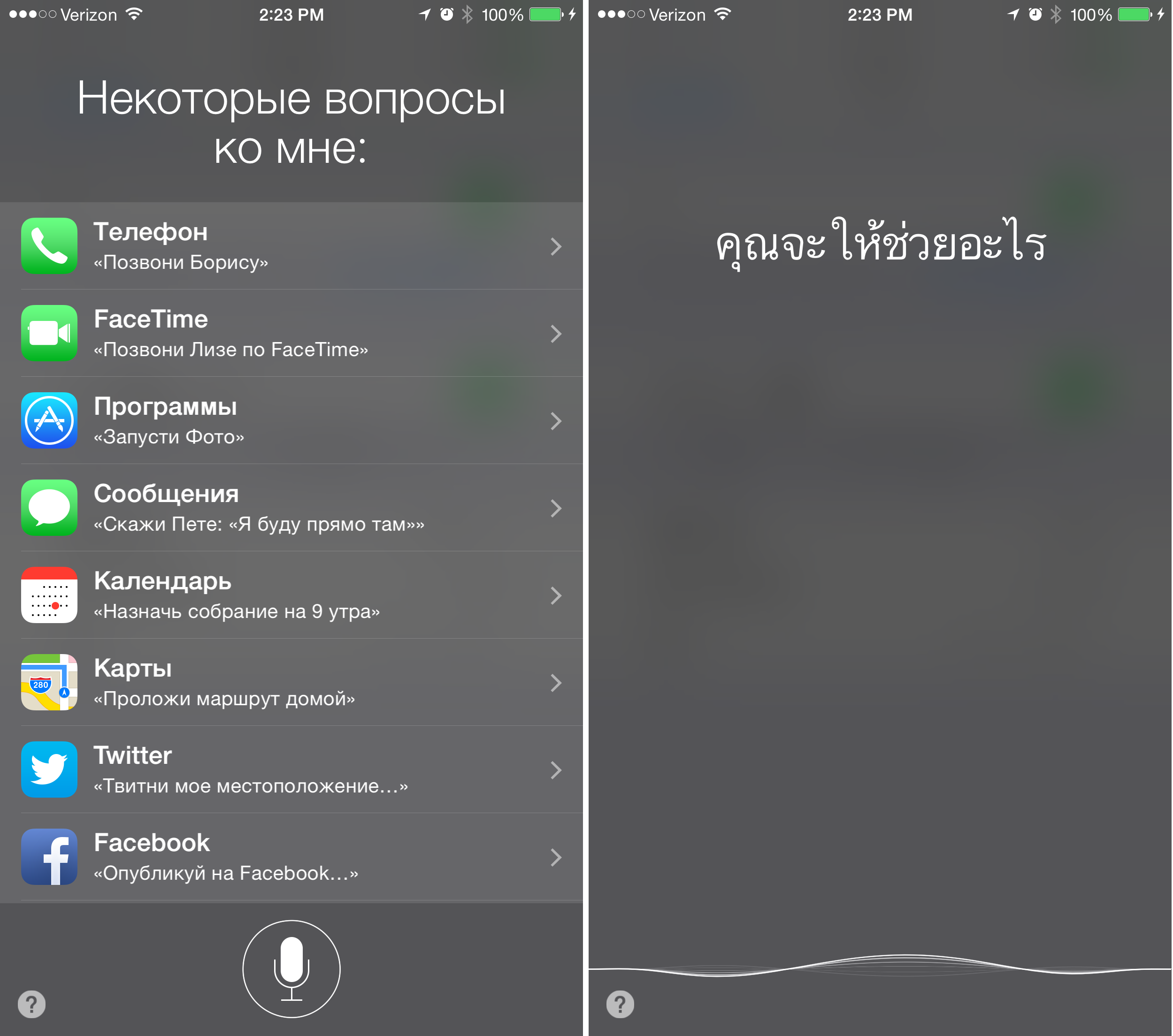 Apple today seeded new iOS 8.3 and OS X 10.10.3 betas to its registered developers and included in the former are more than half a dozen new Siri languages, 9to5Mac said.

When iOS 8.3 is released for public consumption this March, owners of the iPhone, iPad and iPod touch devices will be permitted to converse with the voice assistant in Danish, Dutch, English for India, Russian, Swedish, Thai and Turkish.

Like existing Siri languages, the new additions can be activated through the General > Siri > Language section of iOS’s built-in Settings app.

In addition to the aforementioned new languages, Twitter users are reporting that Siri in iOS 8.3 beta 2 also speaks Brazilian Portuguese.

As previously detailed, iOS 8.3 also enables better-sounding Siri voices thanks to an enhancement which drops the pitch slightly at the end of certain words, such as “potato,” “America” and more.

iOS 8.3, code-named Stowe, should be provided as a public beta in mid-March, giving the first 100,000 people who sign up for the AppleSeed program access to it ahead of the software’s stable release later that month.

The iOS 8.2 software update featuring an Apple Watch Companion is also expected in March, ahead of the Apple wearable release in April.

Beyond iOS 8.2 and 8.3 releases, the Cupertino firm is expected to unleash iOS 8.4 this summer containing a new music streaming service.

If you spot other Siri language additions, drop us a comment below or send us a line to tips@iDownloadBlog.com.