The publication has made the conclusion after uncovering a series of text strings within the ‘Localizable.strings’ file in iOS 8.1.2.

For those wondering, the file contains translated content for Siri responses concerning stuff like restaurants, sports information and more.

As can be seen on the screenshot below, put together by 9to5Mac, Czech, Slovak and Polish translations of Siri’s responses to settings toggles, restaurants and reservations and sports information is provided.

Based on Apple’s recent hirings, support for other languages could be added to Siri as well, including Russian, Brazilian Portuguese, Thai, Arabic, Danish, Dutch, Finnish, Norwegian and Swedish. 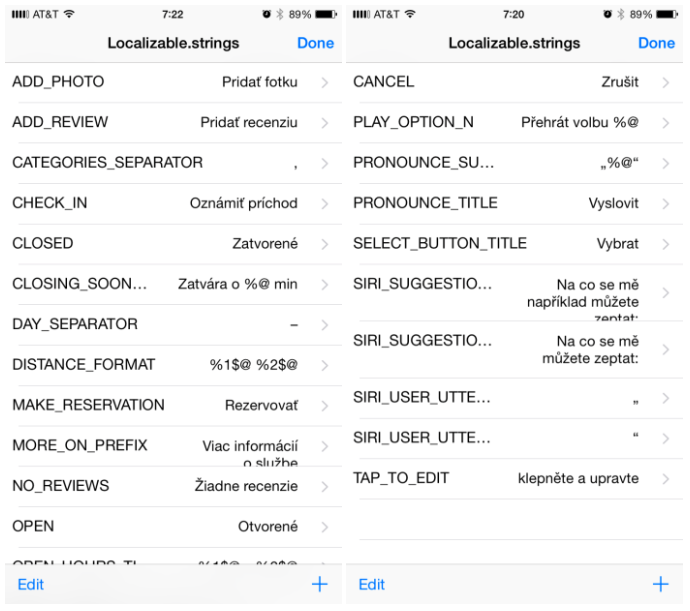 9to5Mac notes that the localized strings can be traced back to at least iOS 8.1. It remains to be seen whether Apple will quietly enable support for these Siri languages on its servers, or if a software update will be needed.

In addition to 24 new languages, Siri in iOS 8 gained Shazam integration, an always-listening mode called ‘Hey, Siri’ invoked when a switch in the Settings app is turned on and the device is connected to power, among other features.

Recent patent filings have shown that Apple is looking to implement Siri on Macs (and maybe even on the Apple TV). Mac users are currently permitted to use the dictation feature which speeds up text entry by turning spoken word into text.

Apple also bought speech recognition firm Novauris last year and started assembling its own in-house team of speech synthesis and voice recognition experts who are said to be working on a proprietary technology to supplant Nuance, the provider of Siri’s voice recognition.