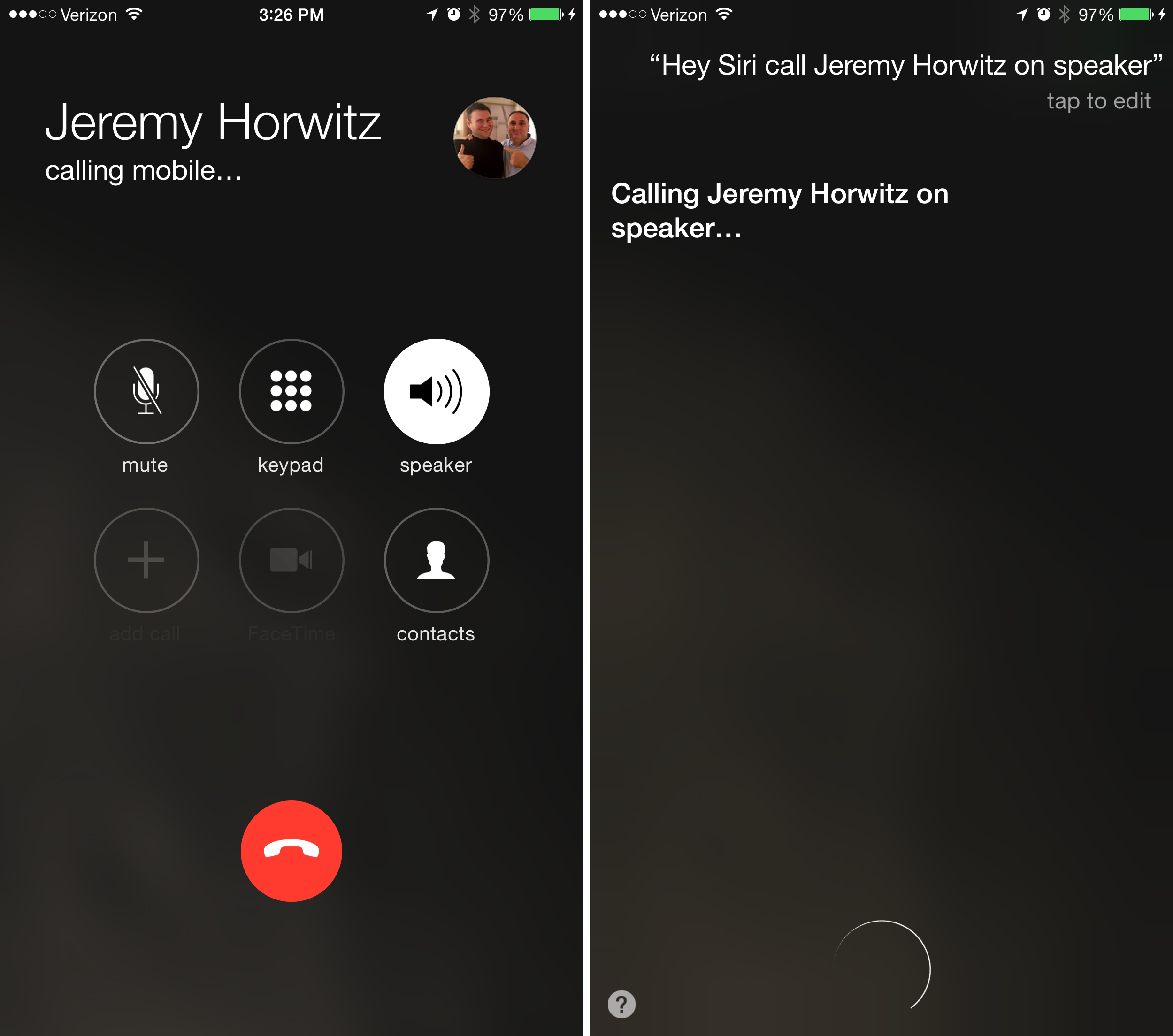 Users who upgrade their iPhone to iOS 8.3 when it’s released next month will be finally able to tell Siri to make a phone call through the device’s speakerphone when the ‘Hey Siri’ option is enabled, reports 9to5Mac.

You can say, for example, ‘Hey Siri, call my Mom on speaker’ and the call will be automatically transferred to the iPhone’s speaker, like it should have always been, may I add.

Again, provided the ‘Allow Hey Siri’ option is enabled in Settings > General > Siri and the phone is plugged into power.

Not only is this godsent for making phone calls from across the room, but also indispensable when using the iPhone in your car without CarPlay or in-car Bluetooth system.

Currently, a phone call initiated via the ‘Hey Siri’ hands-free command is not automatically routed through the speakerphone.

The ‘Hey Siri’ option, which was added to iOS 8 last fall, allows users to activate the voice assistant hands-free by saying the phrase “Hey Siri” when the device is plugged into power.

It’s awesome for retrieving fun facts from the Internet, setting your reminders and what not from across the room. But asking Siri to call someone only to be forced to get up and pick up the handset because the call wouldn’t go through the speaker kinda defeats the purpose.

With that in mind, I’m most excited about a smarter ‘Hey Siri’ in iOS 8.3. Now, if only Apple introduced Siri activation via the ‘Hey Siri’ command without having to be plugged into power.

Nevertheless, today’s discovery is yet another example of attention to detail and care Apple is famous for. In fact, iOS 8.3 is shaping up to be another feature-packed software update from the California firm.

Here are just a few examples.

iOS 8.3 should release some time in April.