This is the first week of 2015 that has finally put the App Store back on track. With the new launch slowdown officially over, we’ve got plenty of titles to check out.

If you’ve been waiting for things to get back to normal, too, we’ve got a list of apps and games that will give you something to write home about this weekend. 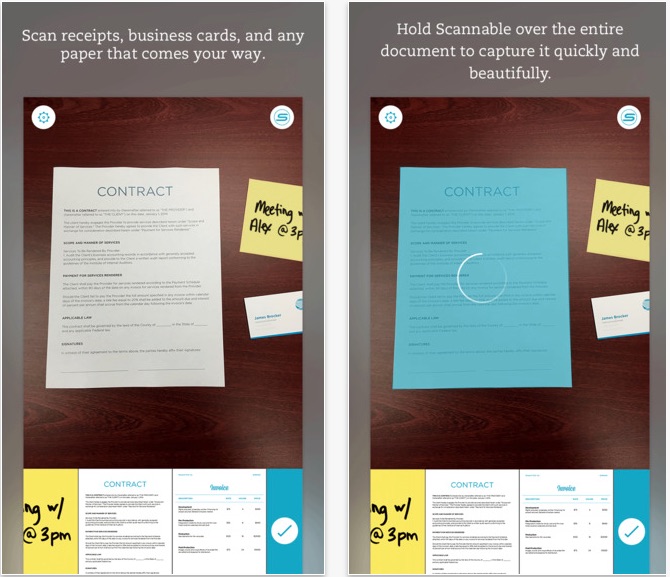 Evernote has just made your productivity better than ever. With this new app, you can automatically capture high-quality scans just by pointing your iPhone camera at a document. The app automatically rotates, crops, and adjusts images so that you don’t have to put out any extra effort to keep your scans looking good. It even works to turn business cards into iOS contact cards. Once scanned, you can send the digital copy quickly to others via email, Messages, and more. Plus, you can save scans to Evernote to access them anytime, anywhere. This app is available for free. 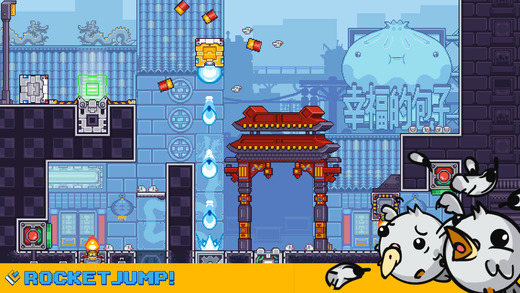 In this clever platform game, players toss the whole “invention of the wheel” thing right out the window and roll along a side-scrolling environment in a big weaponized block instead. Your trigger-happy block moves along as smoothly as a square can roll and you get to destroy anything in your path by shooting at it. The powerful weapon is also used to project the brick forward in order to smash away breakable walls and help propel you upward as long as you are shooting. On the opposite side of the gun, you are shielded by a very powerful material, which can withstand fire, bullets, and more. This game is available for $2.99. 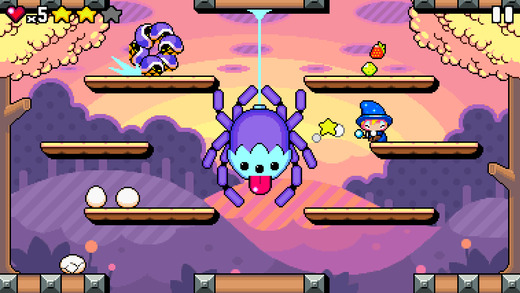 This simple arcade game takes you back to the basics with old school mechanics. Players control a spell-casting wizard as they drop form one platform to another. Zap radishes, bunnies, and ghosts to knock them out and turn them into coins. Then, zap the coins to collect them, or run up and grab them as you play. You don’t have to worry about falling to your doom because the only hole you could fall into drops you back at the top of the screen. You are not invincible, though. Don’t even touch one of the baddies or you’ll be out cold in one shot. This game is available for $0.99. 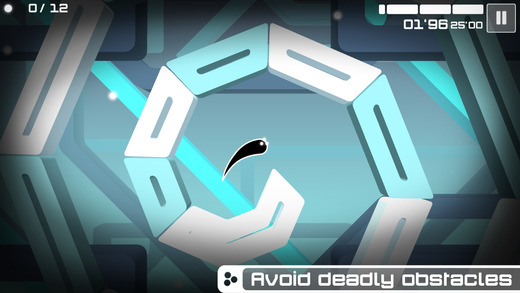 Another platform game to hit the App Store this week features a ghostly character that floats from one place to the next. Players control a dark spectral being as he travels through abstract pathways, trying to avoid obstacles. The goal is to reach the portal, but will you be able to keep your ghost afloat long enough to make it to the other side? On each level, players collect a certain number of white glowing orbs. You’ll also use black orbs to knock open doors to help you escape. There are 60 levels across six worlds to explore. This game is available for $1.99. 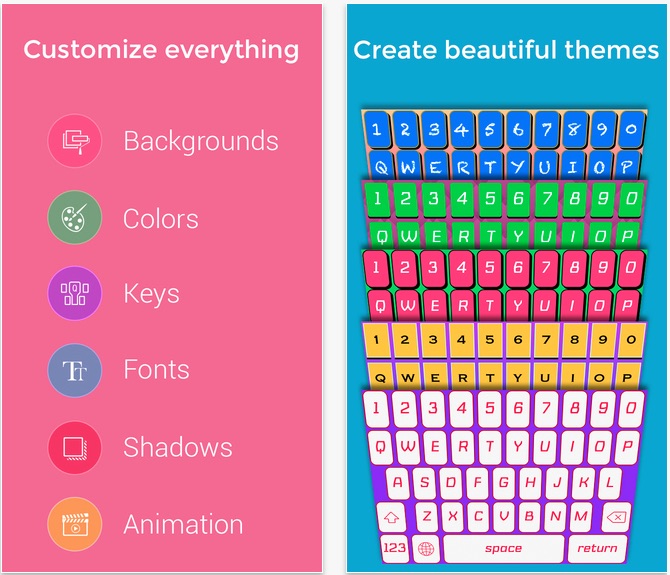 So, you want a purple iOS 8 keyboard, but you want to include your own picture in the background. You like the Chiclet style keys, but want a different looking font. This app has it all. You can change the background, the key colors, the font stile, the click sounds, the shading, and the animations. You don’t have to be stuck with the color palate that someone else has decided is right for you. Mix and match the different options to make a keyboard that fits your style. This app is available for $0.99. 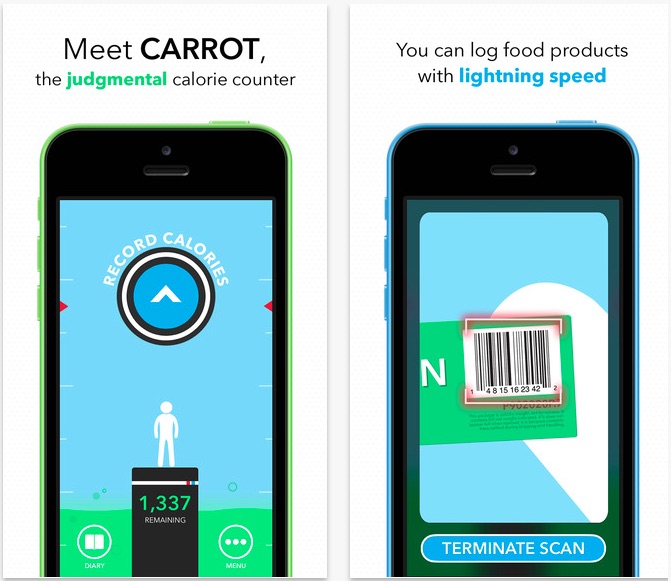 Oh, boy. CARROT is back and has lots of berating to give you. This time, it’s a calorie counter that points out just how fattening your food is. With a huge database of edibles, you can quickly find the information for your food intake by typing in keywords. Or, you can scan the barcode to bring up nutritional information. CARROT will then tell you how many calories you just ate and how long you’ll have to exercise in order to burn off those pounds. If you have your own iBeacon, stick it inside your refrigerator and CARROT will bug you to log your food intake every time you come near. Plus, if you are over your calorie goal, she’ll set off an alarm. This app is available for free. 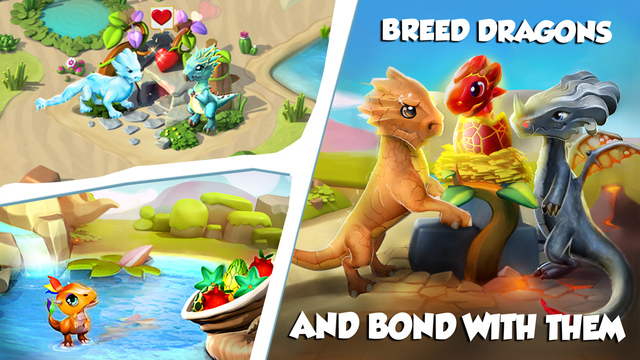 I’ve always wondered what it would be like to see a dragon in real life. Depending on which stories you follow, they are either giant, flying lizard dinosaurs that will destroy an entire town with a single breath or cute, wide-eyed pets that don’t have a problem being ridden by humans. Either way, dragons are cool and I want one. Since they don’t exist, I have to pretend. Gameloft’s newest freemium game helps facilitate that with a dragon pet game. Players raise fire breathers, and even breed some, while playing turn-based battle games against AI opponents. This game is available for free.

The Princess Bride – The Official Game 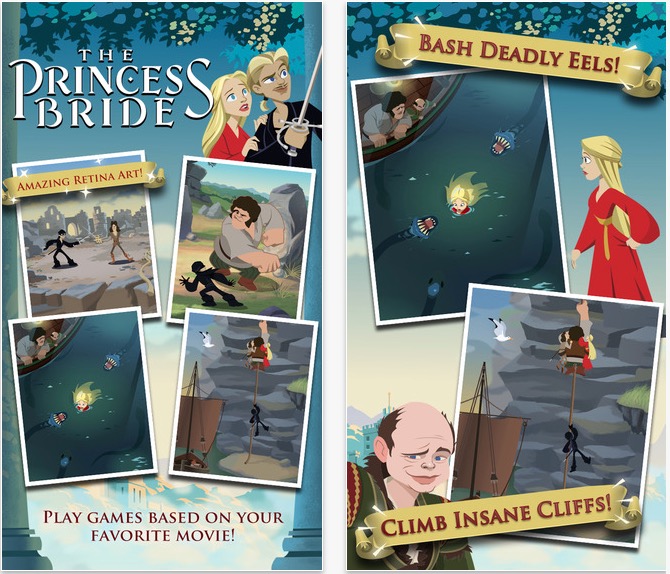 That’s right. Your eyes are not deceiving you. We’re talking about the game that is based on the movie, which is based on the book, that made every teenager in the late 1980s proclaim, “As you wish” to their sweetheart. In this four-part adventure, players embark on a series of mini games themed after scenes from the movie. Tap to squash water demons in the Shrieking Eels, climb perilous heights in the Cliffs of Insanity, swipe and slash your way through a swordfight with Inigo Montoya (You killed my father, prepare to die), and battle hand-to-hand combat with Fezzik. This game is available for $3.99.