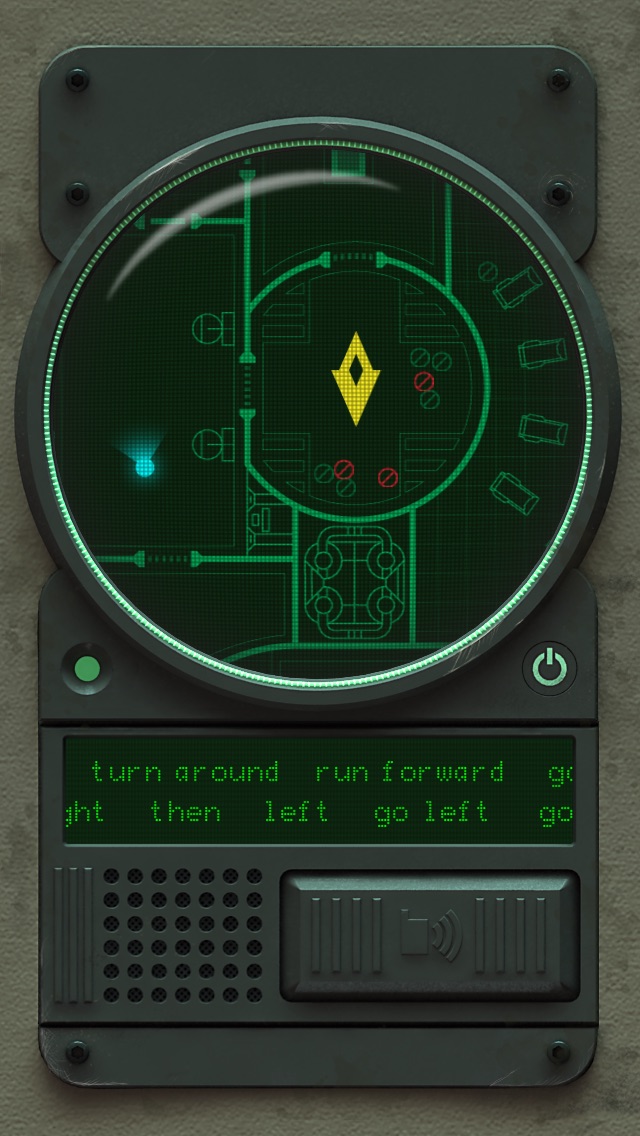 I’m always up for a good stealth game. Wait until the coast is clear and then, head to the next hiding spot. Make sure you’ve got enough time to get out unseen, and then run. A good stealth game will give you something fun to do in the meantime.

Mayday! Deep Space is a stealth game that puts you in the position of helping a survivor on a medical space station. You have an overview of the entire area and must help direct your new friend out of harms way. We’ve got a game review of Mayday! Deep Space for you today.

The display looks similar to a GPS tracker with a walkie-talkie. There is a speaker, a talk button, and a screen with a schematic readout of the space station. You survivor is in blue, enemies are in red, and all others are in yellow.

That’s it. There is no other screen or angle. Players drag a finger across the display to view different locations and double-tap the blue arrow to get back to the survivor.

Each objective location will be set on the map and a location-tracking arrow will display on the screen so you will always know which direction to head. When it is time to move, you’ll give the survivor instruction on whether to move forward, back, left, or right.

Instead of tapping the screen at the right moment, or using a virtual controller, players tell the survivor what to do with one of 10 voice commands. For example, you can tell him to walk straight, turn left, go right, or run. He will follow your commands and move according to your instructions.

If you don’t want to use the voice controls (or you are at work, so you can’t go around yelling “run” for no reason), you can switch to button controls. Slide your finger across the cover to expose the buttons. You’ll see four directional buttons, including turn left or right, walk forward, and turn around. In the middle of the direction buttons, you’ll find the stop button, which will make your survivor stop walking.

The text buttons to the right allow you to respond to specific questions when the time comes so you don’t have to speak if you don’t want to. 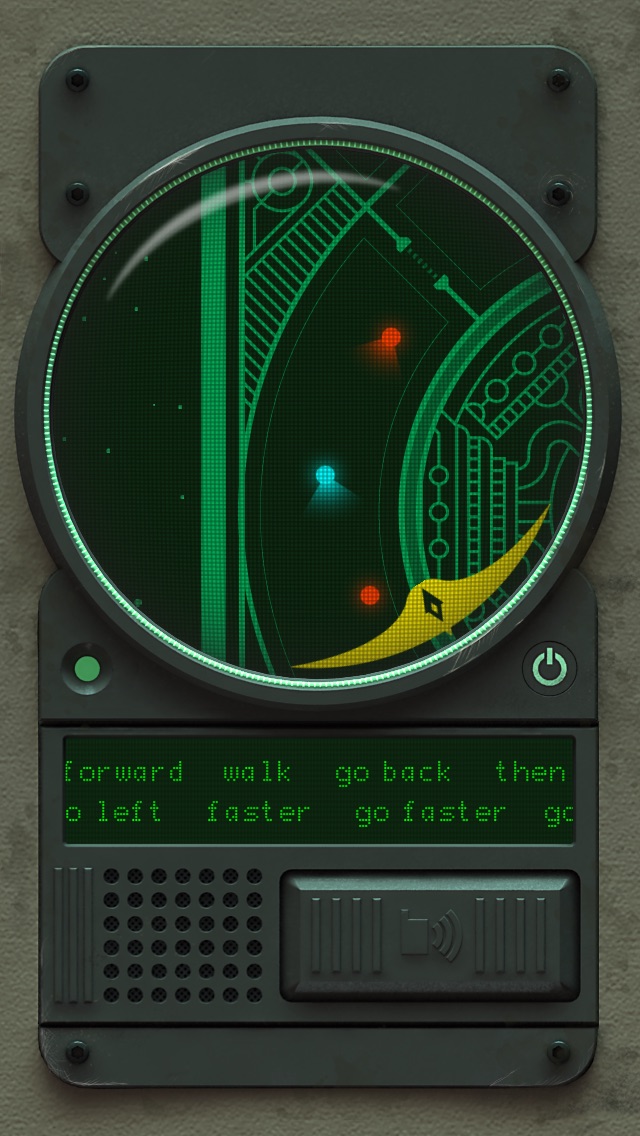 The story starts with a survivor sending out a distress signal, which you pick up. The man on the communications link tells you that he just woke up with no memory of his past and no idea where he is. He explains that there is some kind of danger waiting for him outside of his room and asks for your help directing him to safety.

You will then be able to tell him which direction to go in order to leave the room, wander the halls, and get to the destination point.

The goal is to make it to each destination without being seen by the red dots (which we are able to deduce are some kind of mutation that will kill you if possible). Direct your survivor by telling him where to go and when to run or walk. Don’t make him run for too long or he will get tired and run out of breath.

As long as there is only one direction, the survivor will walk (or run) on his own. However, when you reach a crossroad or an open door, he will stop and wait for instructions.

He will also walk right into a dangerous situation unless you warn him. If he does run into a baddie, he will turn tail and run the other way. This is good news if there are no other mutants nearby. However, in some cases, it will lead him right into the path of another enemy and he will let out a few terrified screams before losing the link to you entirely. I think we all know what happens next.

There are two times in the game where you will be asked to make a decision, which will affect the outcome of the story. Your choices will determine what happens to the survivor. These moments in the game make the whole thing worth playing again, just so you can see how it changes. 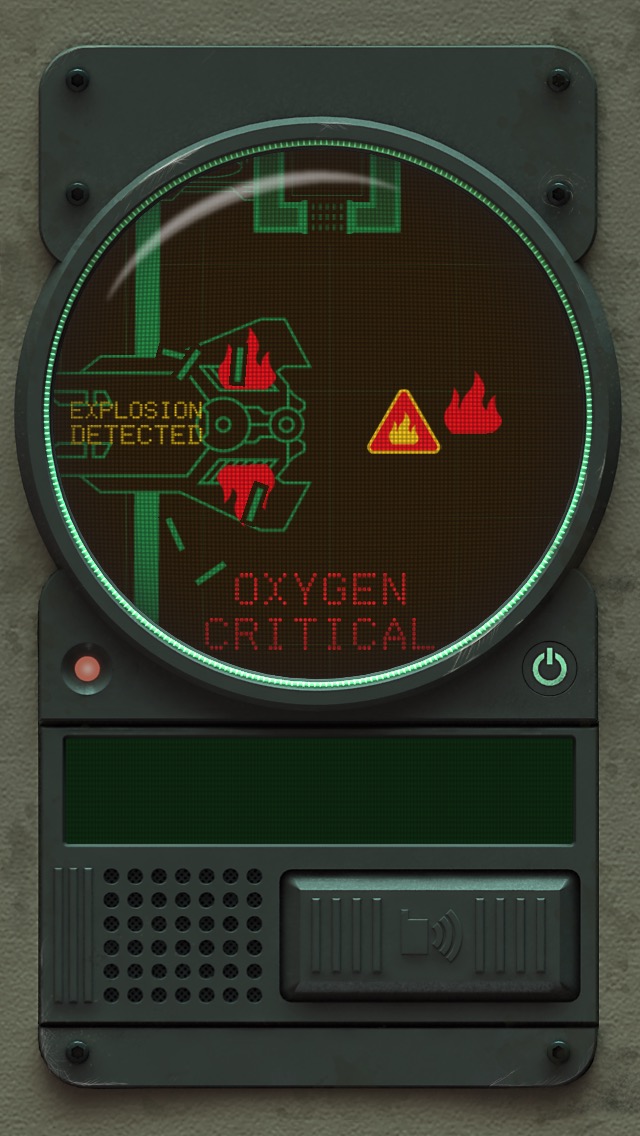 The voice acting in the game is nicely done. The game is story heavy and having a good actor play the part makes it easy to become engrossed. The story itself is also well written, giving you more reason to play.

I found an Easter egg by accident. I told the survivor to “keep walking” and I think he heard me say, “dance.” So, he started dancing. I’m sure there are more of these secret goodies to be found if you look for them.

As noted above, the voice recognition didn’t work every time for me. I found myself having to repeat instructions and redirect my survivor. Luckily, the button controls make it much easier to direct him when you need precision.

MayDay! Deep Space costs $2.99. The game is fun and the story is interesting enough to make it worth the money. It seems more like a radio program that you are able to interact with than anything else. The fact that you can change the outcome to four different endings makes the game replayable four more times.

I really enjoyed this compact adventure. It isn’t difficult to get through. It took me about 40 minutes to play through the story one time. It is a mix between a stealth game and a choose-your-own-adventure. If this sounds interesting to you, check it out. This game is available on the iPhone, iPad, and iPod touch for $2.99. Download it in the App Store today.

Imagine Mayday! Deep Space as a minimalist version of Republique.

What do you think of Mayday? Let us know in the comments below.