What this means for OneDrive fans is that they can now access their files in other apps. To see how this works and learn more about other changes in OneDrive 4.6, jump past the fold.

As illustrated top of post, I was able to access my OneDrive storage directly from Apple’s Numbers app without any hassle. As an example, I want to move my Running Log spreadsheet to OneDrive.

I just hit the Share icon in Numbers, choose the Move To… command and up pops my iCloud Drive. If I need to access third-party storage services instead, like OneDrive, I simply tap Locations in the upper left and choose a desired service from the list.

After authenticating OneDrive with Touch ID, up pops its interface allowing me to move my spreadsheet to any folder — right within Numbers. Easy as a pie!

As illustrated on the screenshots I created, deleting a file or folder will now produce a message saying the item will be moved to Recycle Bin instead of being deleted permanently. To access the Recycle Bin in OneDrive, tap Files at the bottom, then hit “…” in the upper right and choose Open Recycle Bin. 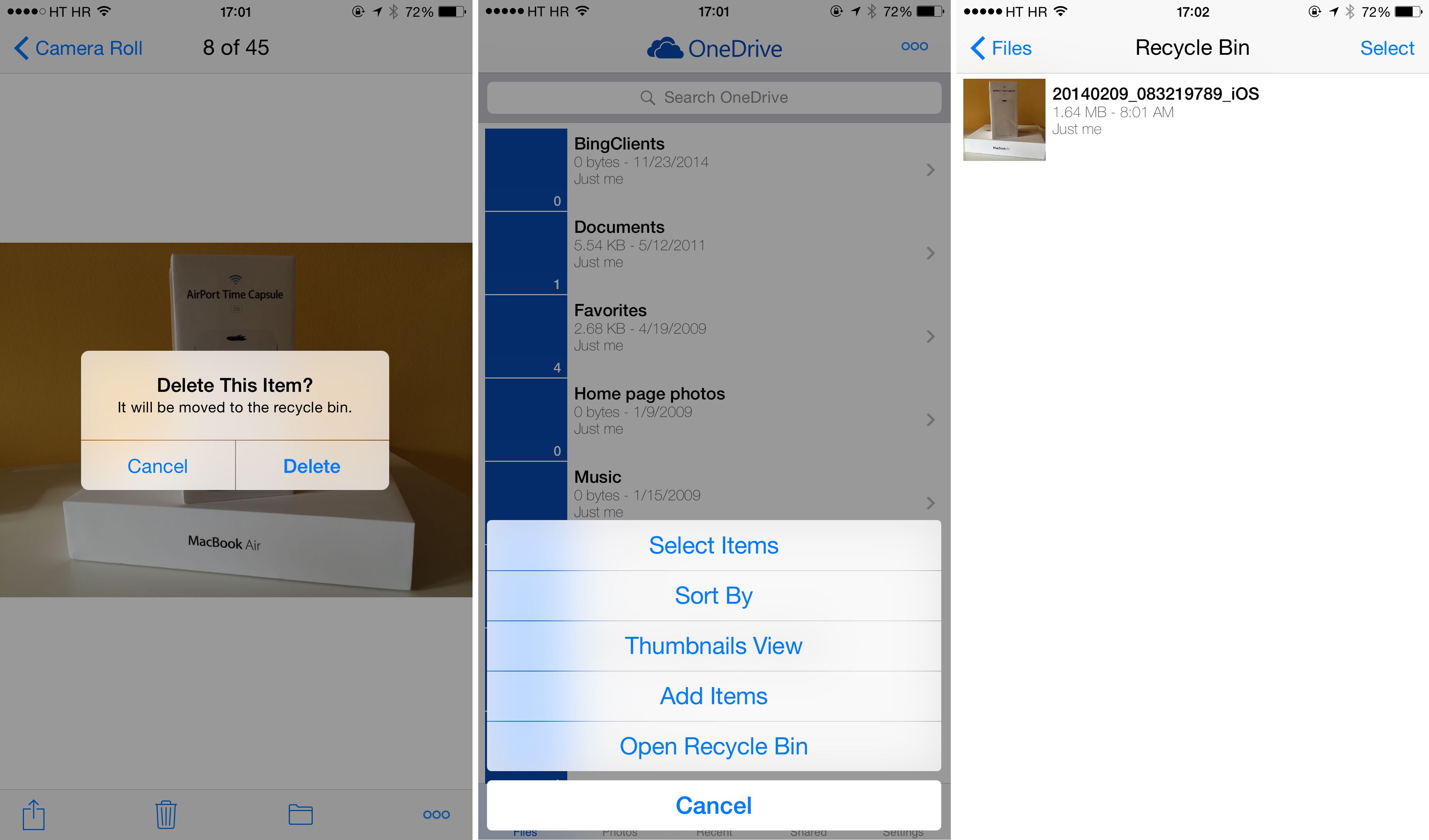 To restore one or more files, tap Select, mark your files and tap the second item at the bottom next to the trashcan icon. And if you want to remove the selected items permanently from OneDrive storage, hit the trashcan icon. 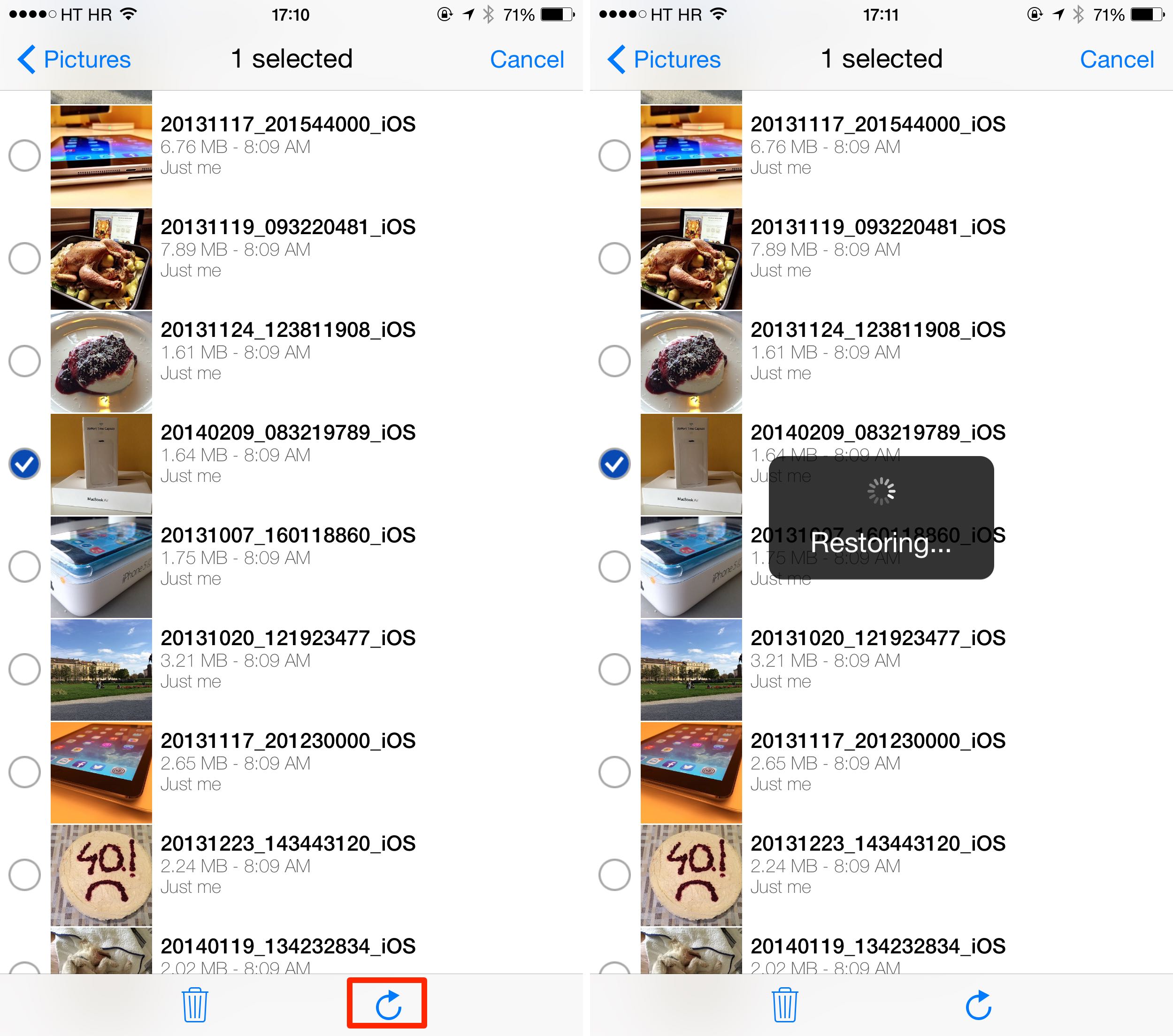 Other changes in OneDrive 4.6 include push alerts for changes made to your shared files and folders (so you get alerted when someone, say, uploads images to a shared Summer Vacation folder), sending feedback to developers directly from the app (go to in-app settings and choose Help & Feedback) and the usual slew of bug fixes and stability enhancements.

OneDrive requires an iPhone, iPod touch or iPad with iOS 7.0 or later.