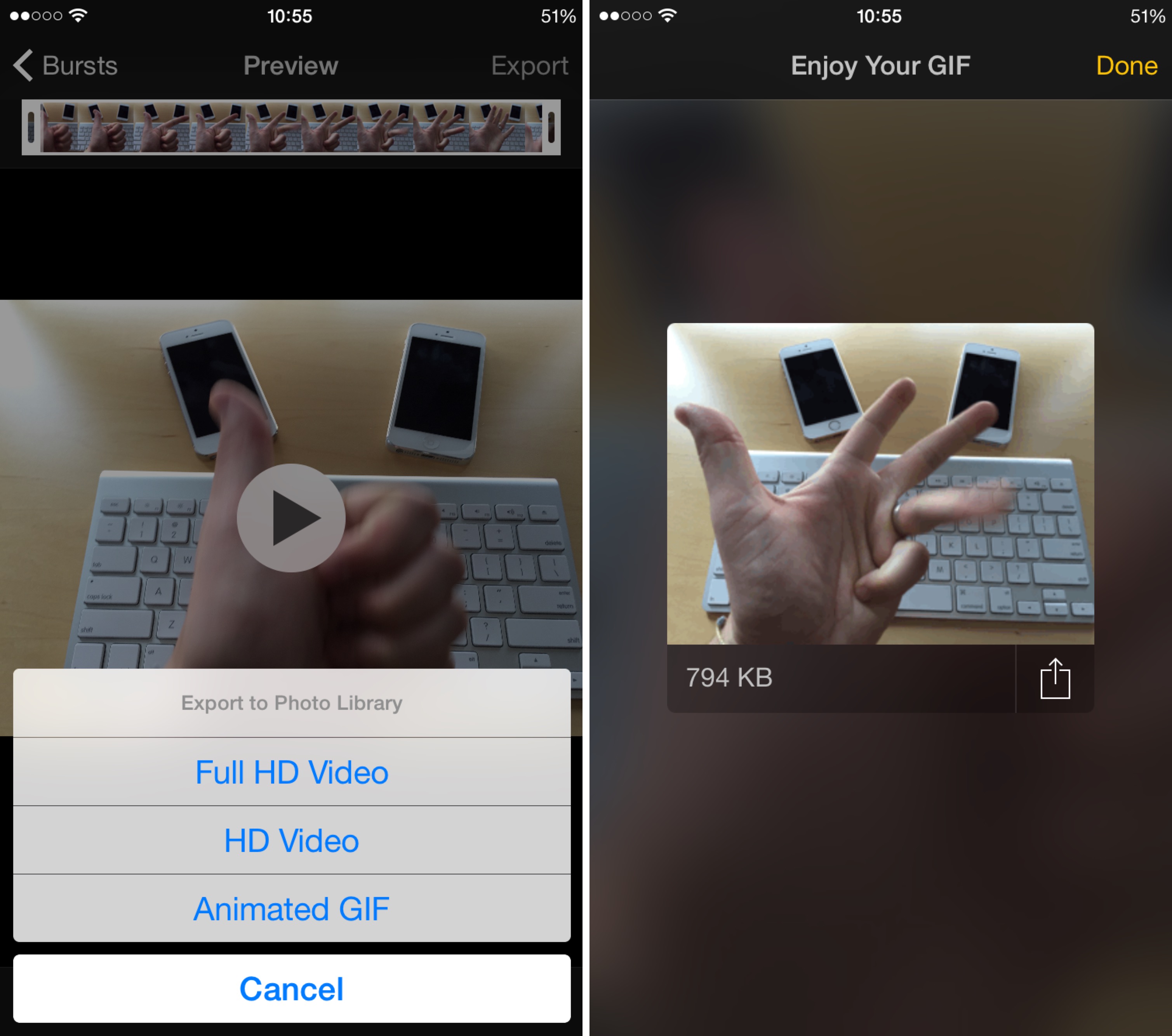 Bustio is a new app released in the App Store that will turn your burst photos into animated GIFs or videos, which you can then save to your Camera Roll or share with others via several channels.

The concept is pretty simple. After taking a series of photos in burst mode with your iPhone camera, simply launch Burstio, and select the burst of photos you want to use. From there you have the option to adjust the playback speed from slow, to normal, to fast. Then hit the export button to convert the burst photos into an HD video or an animated GIF.

The exported project will be automatically saved to your Camera Roll, and you will then have the option to share it via the stock share sheet. If that sounds simple, it’s because it is indeed that simple. No bells and whistles are bundled with this app which makes it a great tool to add to your arsenal of fun photo-related apps.

The actual size of the animated GIFs is pretty small, as you can see on this untouched sample above, but I guess the goal of this app is not to make large GIFs, but rather smaller ones that can quickly and easily be shared. Videos can be exported in full HD at 1080p or 720p.

Because it relies exclusively on the burst photo feature, Burstio will only work with photos taken in burst mode on iPhone 5s, iPhone 6, and iPhone 6 Plus, since older devices don’t have this capability.

Burstio is available at the introductory price of $0.99. It’s a fun little app that’s definitely worth the money.