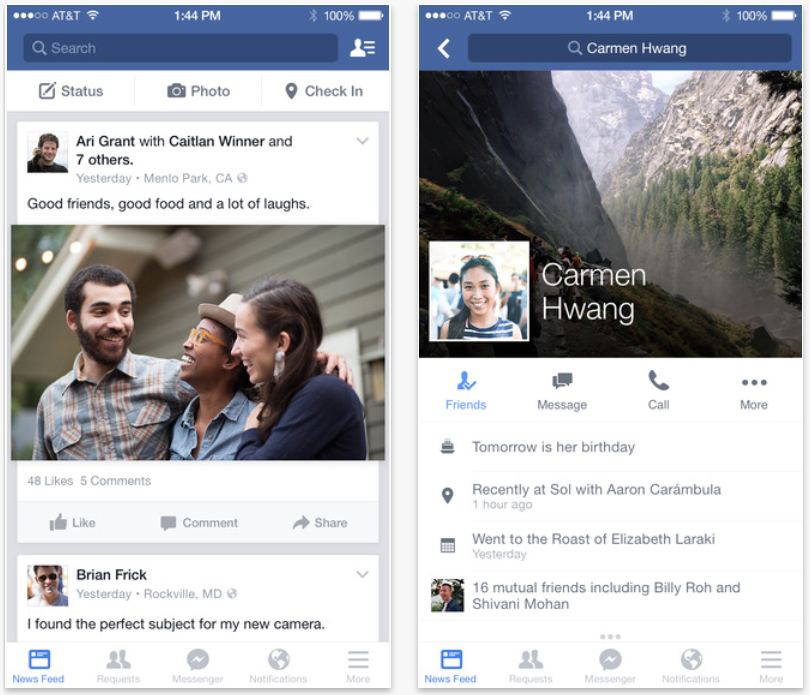 Facebook pushed out an update for its iOS client this afternoon, bringing the app to version 16.0. The social network doesn’t say what changes were made, but it does now say “optimized for iPhone 6 and iPhone 6 Plus” in the description.

This is great news for folks with one of Apple’s newer handsets, as their larger displays really highlight non-updated apps with stretched UI and fuzzy graphics. Facebook was one of the few remaining high profile apps without iPhone 6 support.

It’s unclear what, if any, other changes today’s update brings about aside from iPhone 6 support, as Facebook used a generic “faster and better” statement in its release notes. To check it out for yourself, grab Facebook from the App Store for free.