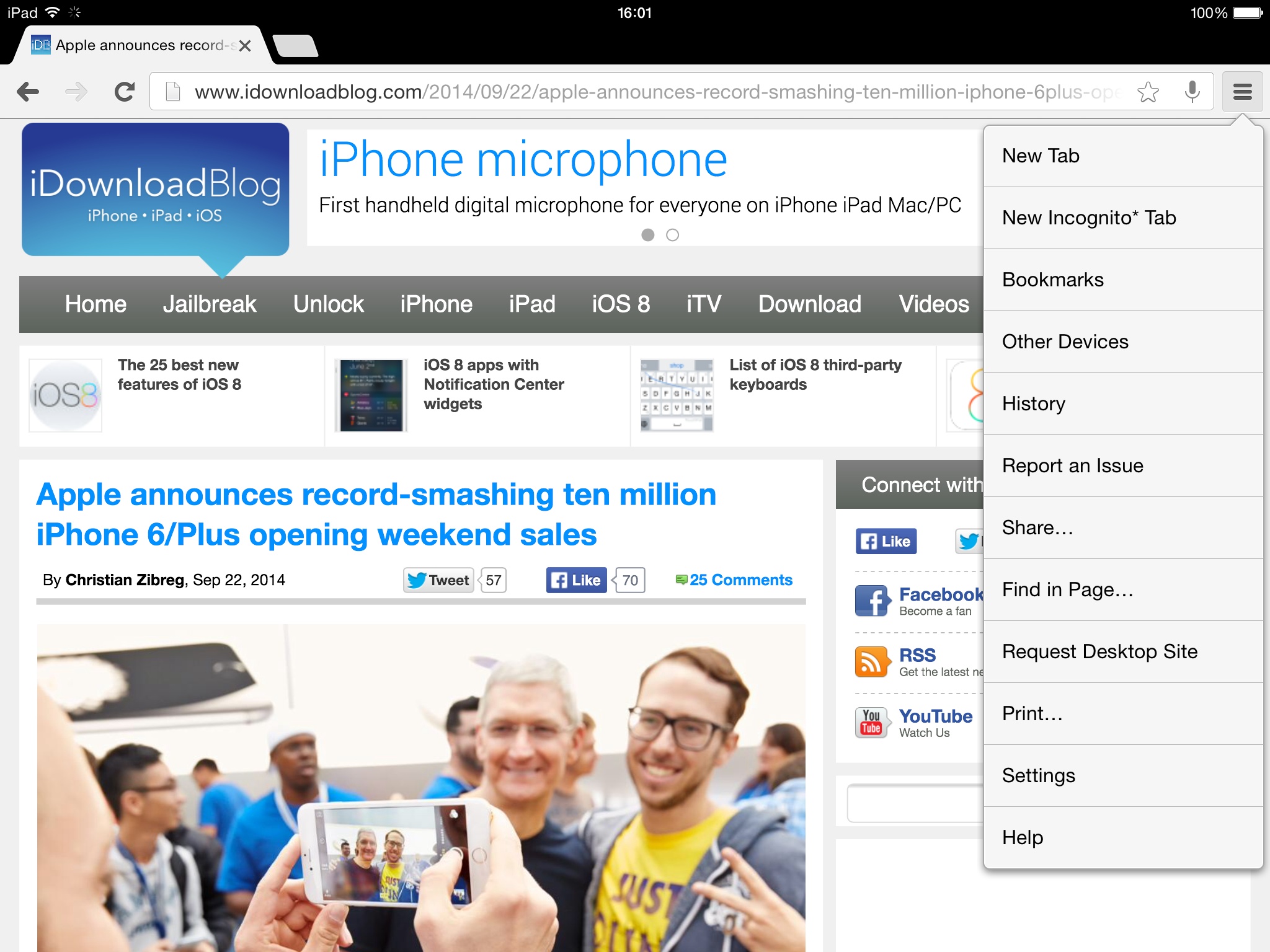 The Internet giant Google on Tuesday issued a small update to its Chrome for iOS browser, adding better support for the “Retina HD” iPhone 6 and iPhone 6 Plus screens.

The free download also enables another interesting feature — the ability to download and open files directly in the Google Drive application, if installed on your device. Finally, this release includes customary bug fixes and stability improvements.

Google Chrome is available free in the App Store.

In addition to Chrome, Google today updated YouTube for the iPhone and iPad with a fix for the “Add to Playlist” issue, along with a few other minor bugs.

And just yesterday, the search monster refreshed Gmail for iOS with support for the iPhone 6 and iPhone 6 Plus display sizes and previously rebranded the Currents app as Google Play Newsstand.

Google Chrome is a free download in the App Store.