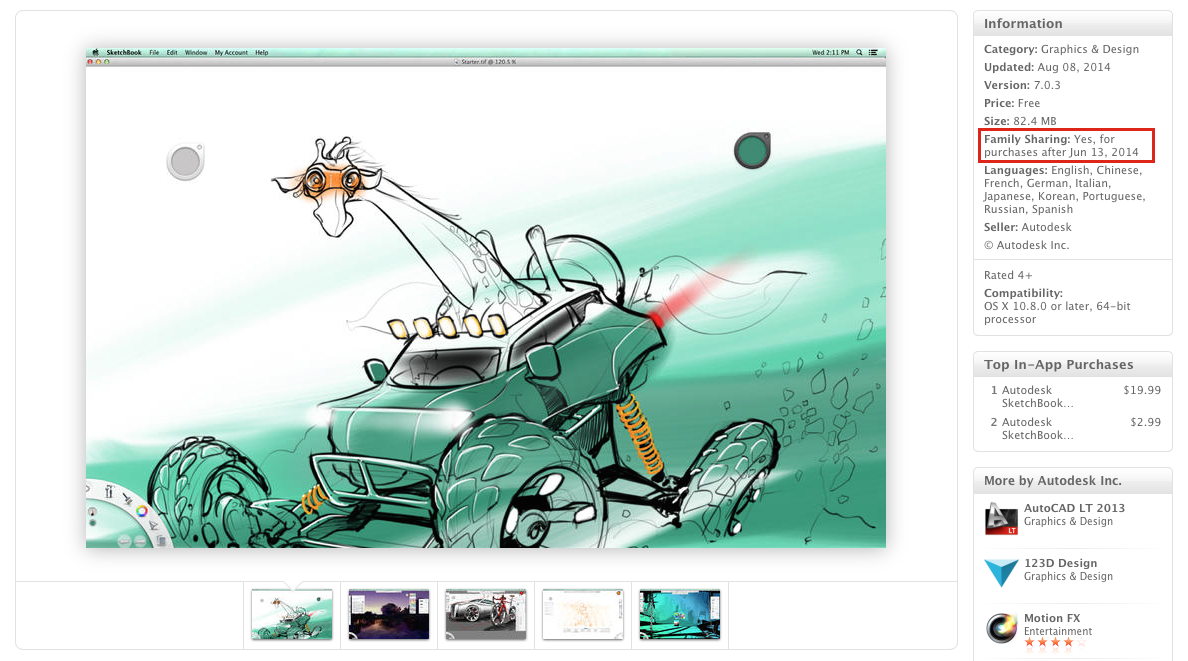 Apple has been spotted adding support info for its upcoming Family Sharing feature to both iOS and Mac App Store listings. The data can be seen in the Information section of select apps (where it lists Seller, Category, etc.), under a new field called ‘Family Sharing.’

For those unfamiliar with it, Family Sharing is a new feature built-in to iOS 8 and OS X Yosemite that will allow families to share content like apps, music, movies, and more across all of their iOS devices, as long as their iTunes accounts are all using the same credit card…

German blog iFun.de was first to spot the change (via Google Translate):

So that you can recognize as a user immediately, if a developer has agreed to, Apple shows it now in the App Description App Store for iOS and Mac. The corresponding entry can be found respectively in the “Information”, where the file size and version of the apps is displayed. As you can see in the example above, the developer can grant approval board to all versions, or purchase from a certain date.

Developers will have the option to opt-in or out of the feature, as it could greatly impact their sales. For those that turn it on, the Family Sharing section of their apps will say “Yes,” for those that don’t, “Not Available.” Devs can also choose to enable it after certain dates.

Over the last few months, Apple has taken other steps to begin integrating Family Sharing into its iTunes ecosystem—betas for iOS 8, Apple TV software and iTunes 12 all support it. The feature could go live as soon as next month, after Apple’s expected iPhone media event.