As correctly estimated, Apple today unleashed new iOS 8 and OS X Yosemite betas to its registered iOS and Mac developers. While our team is combing through release notes and updating a running list of changes, please send us your very own submissions to tips@iDownloadBlog.com (do include screenshots as well).

Also released today alongside the new iOS 8 and Yosemite betas, a fourth beta of the forthcoming iOS 7-based software for the Apple TV set-top box is now available in Dev Center. Apple says the pre-release software comes with support for Family Sharing and can be used for testing AirPlay and HomeKit with developers’ iOS apps. 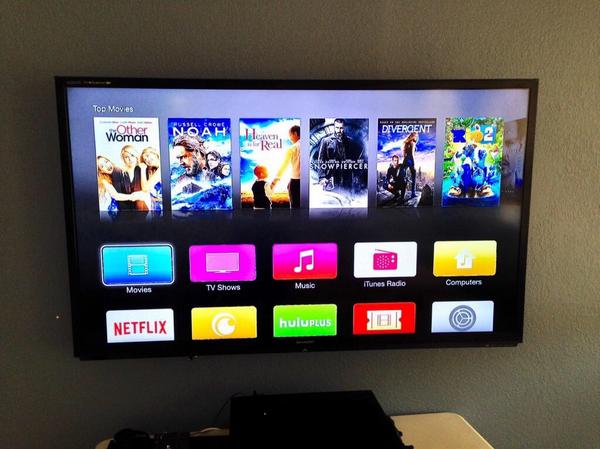 The software is available for both third-generation Apple TV and the third-generation Rev A Apple TV devices. Note that installing Apple TV betas requires connecting the device to your Mac or PC via a micro USB cable because you’ll need to apply the beta in desktop iTunes, a process detailed in this Apple doc.

Step 2: Connect one end of a micro-USB cable to the back of your Apple TV, and the other end to one of your computer’s USB ports.

Step 3: Open iTunes on your computer.

Step 4: Select your Apple TV in the Source list, and then option-click Restore.

Also, you must first register your device UDID in the iOS Developer Program Portal, here’s how.

Step 1: Plug your Apple TV into an AC power outlet and wait for the power LED to turn solid.

Step 2: Connect one end of a micro-USB cable to the back of your Apple TV, and the other end to one of your computer’s USB ports.

Step 4: Navigate to the Xcode Organizer window and copy the UDID from the Identifier field.

Step 4: Enter the UDID for your Apple TV into the devices section of the iOS Provisioning Portal.

This applies to iPhones, iPads and iPod touches as well.

Xcode is Apple’s development environment for writing Mac, iPhone and iPad apps and it includes the Xcode IDE, iOS Simulator and all required tools and frameworks for building OS X and iOS apps. This edition of Xcode includes the latest iOS 8 Beta 5 SDK and the OS X Yosemite v10.10 SDK.

The Apple Configurator User Guide can be read here, or from Yosemite’s Help menu. Last but not least, Apple’s new Swift programming language has seen some improvements as well.

Beta 5: The “swift” command line tool is updated for easier scripting, and ranges have been significantly updated. http://t.co/hc69F9G1r3

No new betas of Find My Friends, Find My iPhone, Pages, Keynote and Numbers have been released today.